Megan Fox, a columnist for PJ Media, recently posed as a teen in an online chat to see what sort of advice Planned Parenthood would give to a teenager looking for information on sexual topics. What she found was more of the same when it comes to Planned Parenthood’s seeming inability to give teens sound or safe advice in this arena. 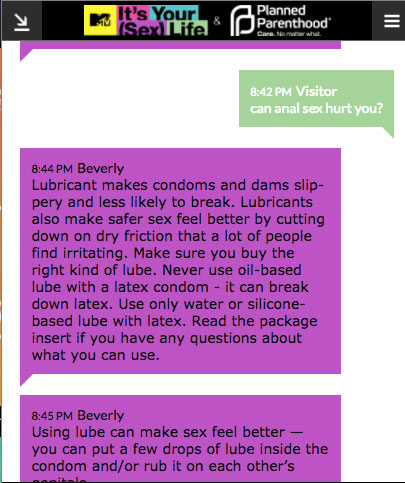 One of Fox’s interactions with “Beverly” 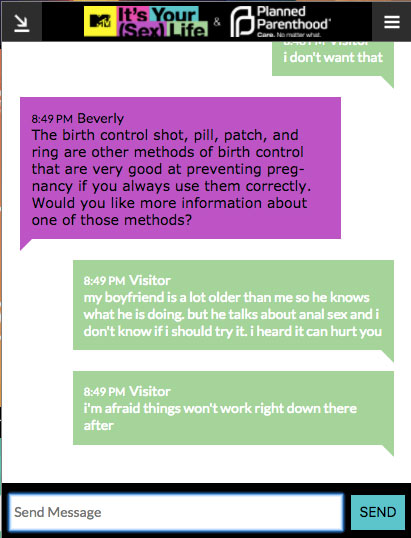 In a different chat session, Fox posed as a 13-year-old boy, asking for information on “auto-erotic asphyxiation, which can be deadly.” Fox says the Planned Parenthood expert should have warned any teen not to engage in such an activity… but two different experts simply directed the teen to contact a local Planned Parenthood health center. Fox writes, “They claimed they only talk about pregnancy testing and STDs and birth control, but ‘Beverly’ had just talked to me about anal sex…. I made sure to let [the expert] know that [the teen] was going to try it anyway to see if he would try to stop him. He didn’t.”

Again, Planned Parenthood has shown that it just cannot be trusted to look after the best interest of our children.