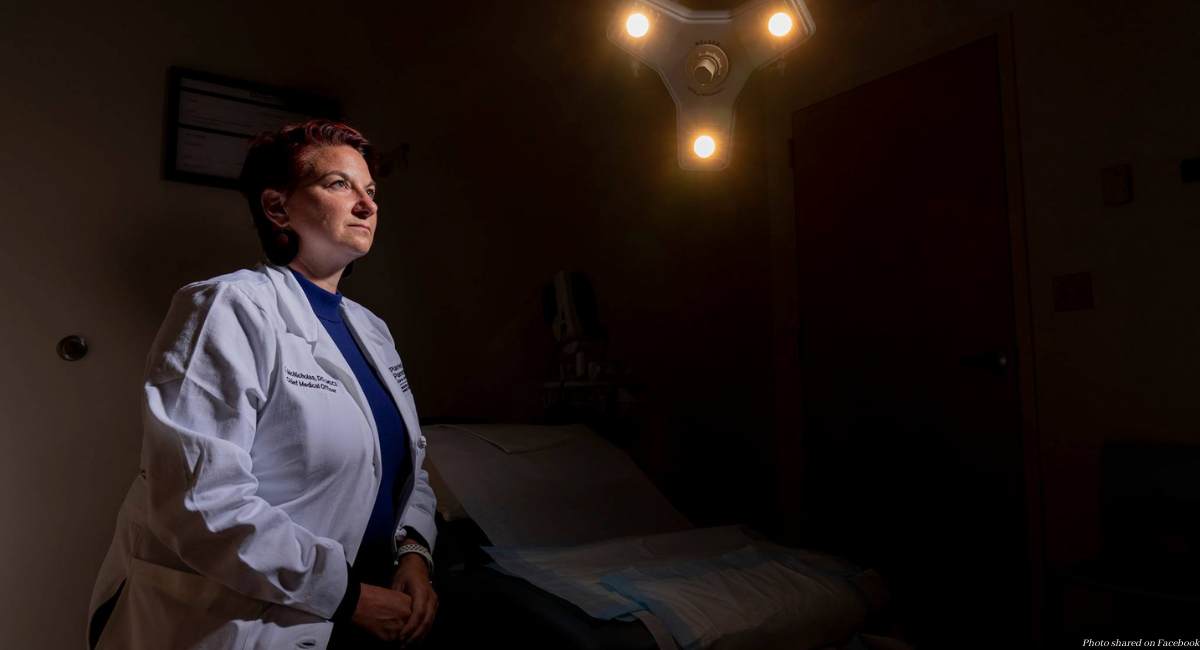 Dr. Colleen McNicholas is the chief medical officer for Reproductive Health Services Planned Parenthood of the St. Louis Region (RHS) — one of the most dangerous abortion facilities in the nation. Yet, in a virtual meeting with Vice President Kamala Harris last week, McNicholas urged the Biden administration to declare a public health emergency in the event that Roe v. Wade is overturned.

“We believe this is a public health emergency that will worsen already dire health outcomes, especially among Black and brown folks, undocumented people, women, and people with low incomes who already face racist and discriminatory policies,” McNicholas said.

Besides the obvious concern that McNicholas seems to be focused on ensuring that children of color and children of low-income families are killed by abortion, the fact that she considers the overturning of Roe to be a public health emergency when it comes to abortion is ironic. RHS is responsible for repeatedly injuring women, and has failed to follow health care safety protocols on a regular basis.

The abortion facility, which commits abortions up to 21 weeks and six days (when children can survive outside the womb), had been operating without a license in 2019 when McNicholas told the House Committee on Oversight and Reform that it did not have a license because “state officials abuse their power and disregard patients’ lives to pursue a political agenda.” Yet, the month prior to her statement, the facility had to call an ambulance for the 75th time after yet another abortion client was injured there. The 911 records from the facility indicate that multiple women suffered hemorrhaging during their abortions at RHS, along with incidences of fainting, seizures, and a stroke. And those are only the patients who were still at the facility when their complications occurred.

In addition to these women, a Senate investigation found numerous instances of women having to return to the facility as many as five times for a single abortion procedure to be properly completed. The staff had also instructed women not to call 911 if they experienced abortion-related complications once they were at home. 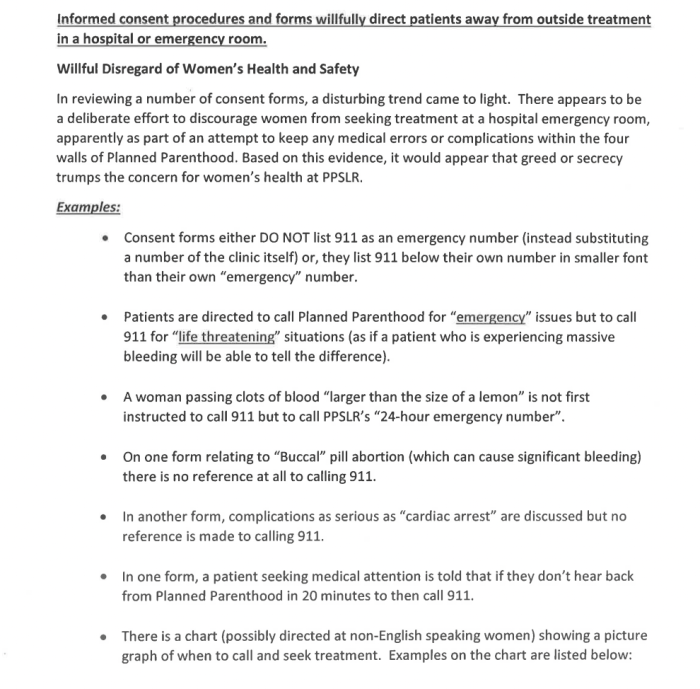 “[P]lanned Parenthood’s own internal files reveal a shocking callousness toward vulnerable young women who seek their services. In fact, the procedures outlined in the materials reviewed may very well constitute outright medical malpractice,” a Senate report of RHS reads, concluding, “All of this indicates that Planned Parenthood is far more worried about the reputation, business model and public relations efforts than they are about the women in their care. It is difficult to conceive of any other organization, let alone an organization that holds itself out as providing women’s health services, being so recklessly indifferent to the health of their patients as to put such directives as those listed above [see image above] in print for the use of their employees.”

Health violations at the facility have included a lack of handwashing between glove changes, contamination of sterile gloves before committing abortions (such as handling cell phones, touching the face, putting hands in pockets), and violating infection protocol (including the presence of blood and rust on abortion tables). Missouri state inspectors cited RHS for 39 classes of violations involving 210 incidents — 111 of which were related to failure to provide a safe and sanitary environment.

There have been so many health and safety violations at RHS that the Missouri Department of Health and Senior Services did not renew its license. However, a judge sealed the Statement of Deficiencies against the facility at the request of Planned Parenthood in order to hide the incriminating evidence that the facility failed to care for patients. That Statement of Deficiencies can be read here, and contains at least 30 deficient practices that arose from a complaint investigation, conducted from April 2, 2019 through May 28, 2019. It also notes that RHS failed to cooperate with the investigation.

One of the women named in the report sued the abortion business for damages after she had to undergo three abortions for the same pregnancy. The first two were botched by the RHS abortionist, and the woman was admitted to a hospital with sepsis and had the third abortion at the hospital to remove parts of her baby left behind from the dismemberment D&E abortion at RHS.

RHS has a history of failing to protect its patients and failing to properly care for its patients. It isn’t the overturning of Roe v. Wade that is the public health emergency the nation faces but the number of children killed violently by abortion and the countless women suffering physical and emotional injuries of abortionists.