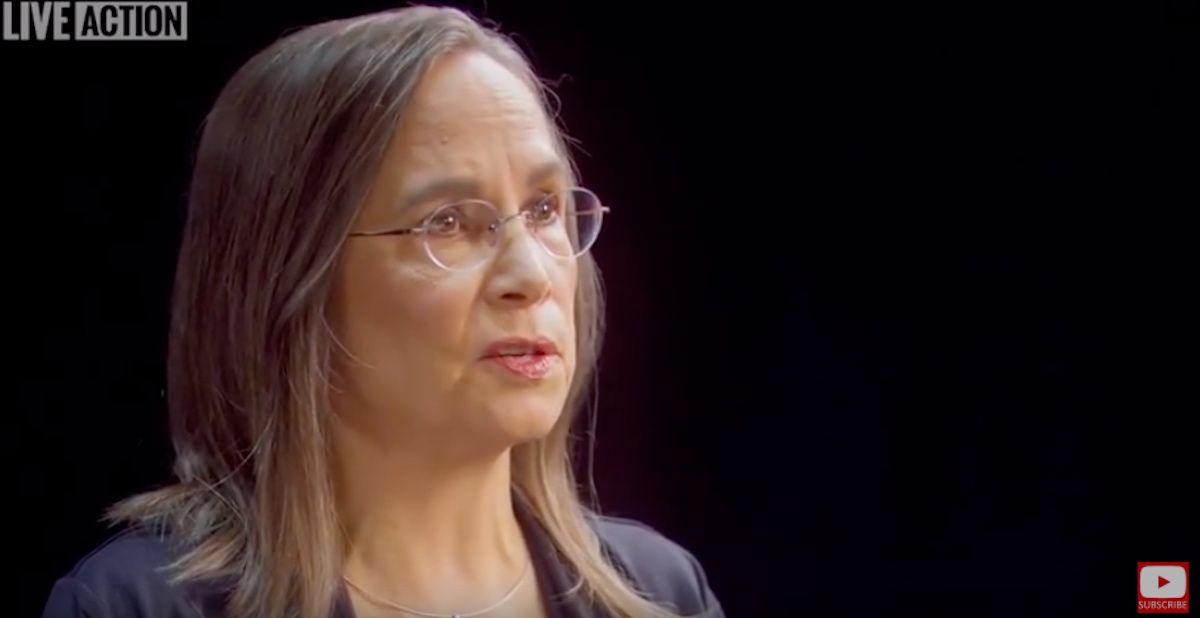 In the recent Live Action Exclusive video interview with former abortionist Dr. Patti Giebink, Giebink told Live Action founder and president Lila Rose about the questionable practices she encountered during the time she worked at a Planned Parenthood facility. Giebink cited lack of care towards patients, a failure to allow patients time to consider their own medical options without coercion, abortion quotas, and almost no inspection visits to the facility from the health department.

Dr. Giebink had a passion to become an OB/GYN because she believes that “women are great people.” Unfortunately, Dr. Giebink recalls that while working for Planned Parenthood, she was not allowed the opportunity to fully care for her patients as she had hoped.

“I think the thing that bothered me about Planned Parenthood is they just expected me to be a technician; that they didn’t want me involved in any of the counseling… any other parts of it,” Giebink told Rose. “And it was very difficult for me not to be involved. Oftentimes I would just get a few minutes with the patient, including the procedure time.” (15:34)

When Dr. Giebink detected hesitancy in patients about going through with abortion, she frequently offered to reschedule their appointments. (16:40) Planned Parenthood was displeased with this, likely because it cut down on their income and gave women an opportunity to consider other options, like adoption or parenting. Giebink also said she witnessed a “a lot of coercion going on.” (36:27) She recalled one post-abortive woman who said her boyfriend had held a gun to her head and threatened, “You will get this abortion.” Sadly, many women have similar stories. Dr. Giebink also pointed out that families often coerce their pregnant daughters with threats of homelessness and lack of financial support if they don’t abort. A 2012 study from the Elliot Institute reported that 64 percent of women felt pressured to abort. The same study also cites that the majority of women who received abortions felt rushed in their decision and that 67% of those women were not counseled before their decision. Seventy-nine percent of women weren’t told about other resources besides abortion, and 84% weren’t appropriately informed about the abortion before it took place.

Dr. Giebink said these statistics line up with her own experiences. “When I look at it from this side, and I think, we didn’t really offer them any options. They came in the door—the locked door—they were buzzed in, they paid their money, and then they went and they signed their papers,” she said. “They supposedly got counseling. I don’t know how much counseling they got other than working through the paperwork. And then they would be put in a waiting room until they could come back, where, you know, they get called and put in my room and then before you know it they’re in recovery and then they’re out the door.” (33:40)

READ: Former Planned Parenthood manager: I wanted to help women. That wasn’t the place to do it.

Dr. Giebink described a “line” that wasn’t crossed at Planned Parenthood when it came to the reasons why women and girls were having abortions. Whether it was abuse, exploitation, coercion, it didn’t matter; the focus was more about getting patients in and out and not dwelling on those things. It was more important to meet the required amount of abortions for the day than to waste time and energy on the details of patient’s lives.

Giebink isn’t the only ex-abortion worker to report this kind of behavior. Annette B. witnessed a “counseling” session between a Planned Parenthood center director and a woman facing uncertainty about her abortion. The session consisted of the woman voicing her concerns and the director simply breezing over them as she later declared the patient “just fine” to proceed with the abortion. Annette later discovered that she was expected to sell 40 abortions a day and that this was the reason abortion workers were supposed to brush past the doubts of patients. Dr. Giebink recounts that the minimum number of abortions for her former abortion facility was 8-10 per day, with a maximum of 14, simply because the facility needed to “break even” in order to afford the proper amount of staff for the day. (14:50)

Lack of regulation or oversight

On top of the abortion quotas, the lack of proper cleaning practices as well as shockingly few visits from the health department were the norm, according to Dr. Giebink. (11:07) The only time she said she ever saw an inspector was after a nurse stole a large quantity of narcotics — no other time. She describes the health department as having a “hands-off” approach when it comes to abortion facilities across the board. The atrocities of convicted abortionist Kermit Gosnell attest to the shoddy methods of inspection and speak to just how little effort some health departments put into enforcing abortion regulations and safety measures for women.

As previously noted by Live Action News, Dr. Giebink’s passion is to help women become fully informed about the resources available to them when dealing with unplanned pregnancies as well as post-abortive recovery. Giebink’s testimony about her time working at Planned Parenthood demonstrates once again that the abortion giant does not care about women, the abuse they face, or the risks abortion brings with it. And they certainly don’t care about the preborn children they kill. They care about monetary gain.