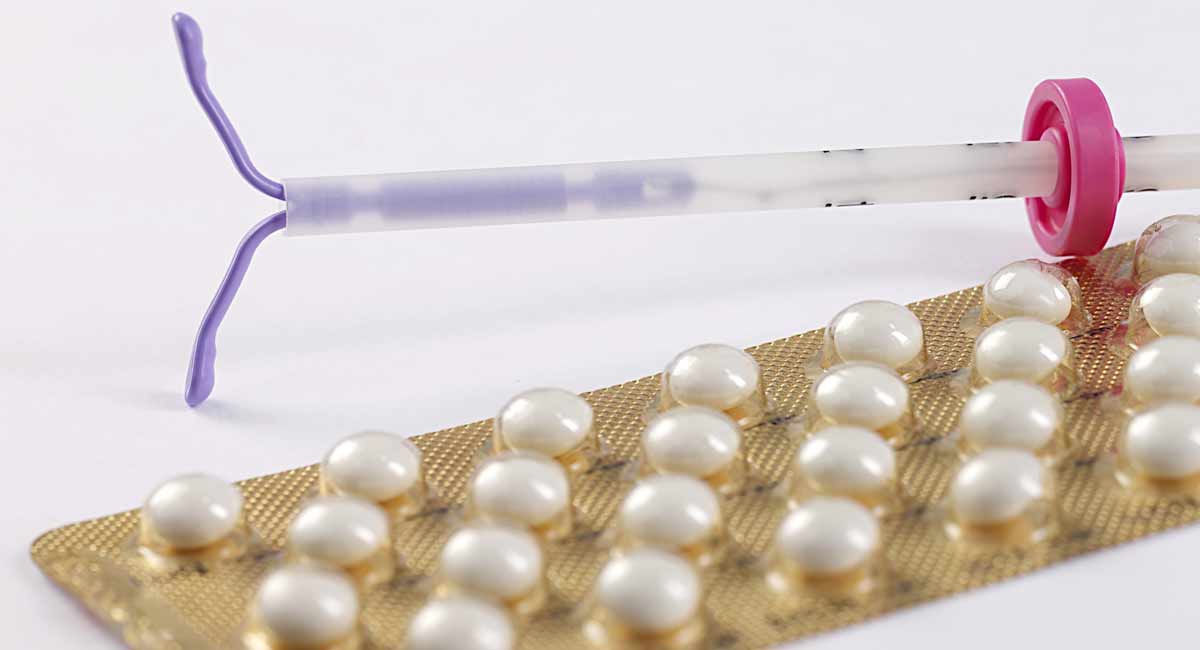 A recent Planned Parenthood ad featured in People Magazine concerning the Trump Administration’s Title X family planning rule change includes the names of dozens of celebrities who continue to throw their support behind the abortion corporation. This time they claim that Planned Parenthood has been a necessary tool in their success in Hollywood since just “one issue” with their reproductive health could have derailed their careers. The ad asks Americans to stand against the rule that requires that facilities that commit or refer for abortions are not eligible to receive Title X taxpayer dollars — a rule that an appeals court this week allowed to go into effect.

Abortion providers and those who refer patients for abortions will not be able to receive Title X funding, which is meant to help fund health facilities that offer contraception to low-income patients. Planned Parenthood, upset about the rule, claims the majority of Americans are against it, but the survey that attempts to “support” that claim is completely biased. 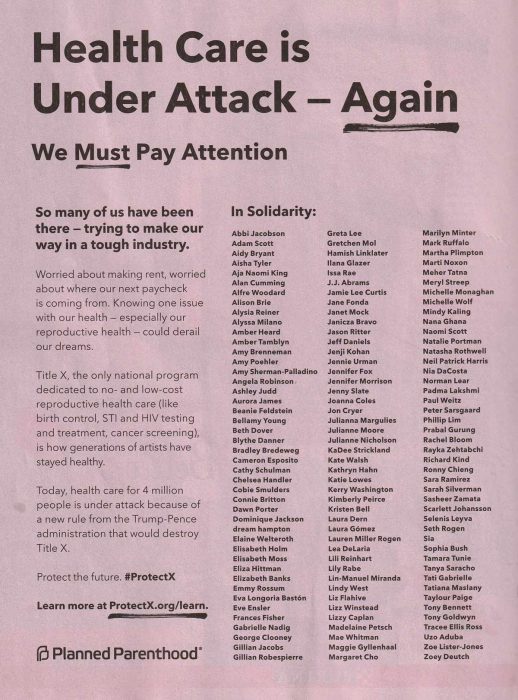 Manipulating the language and questions to get the desired outcome

The survey clearly states that “From May 1 to 12, 2018, Hart Research Associates conducted surveys on behalf of Planned Parenthood Federation of America.” (emphasis added) When a corporation pays a company to do a survey for them, that survey should be viewed with extra scrutiny — and indeed, the questions in the survey are worded in a way that would get the answers Planned Parenthood was looking for.

One question asked whether or not the person surveyed strongly disapproved or somewhat disapproved of the Trump administration trying “to block access to care at PP, many women left with nowhere to go.” But this claim of “leaving women with nowhere to go” is entirely untrue. There are around 12,000 Federally Qualified Health Centers providing comprehensive health care in the country compared to about 600 Planned Parenthood locations. And Planned Parenthood’s health services have been steadily declining while its abortion numbers continue to rise, despite an overall national drop in abortions. Planned Parenthood does not perform mammograms and performs less than 2% of all cancer screenings in the nation, less than 2% of all breast exams, and less than 1% of all pap exams. To ask survey respondents a pointed question with a false claim that women will have no place to go for health care is a purposeful attempt to get the survey results to come out in Planned Parenthood’s favor.

The survey also refers to the Trump administration policy as a “gag rule” — a negative statement and connotation that, out of context, anyone is likely to be against. Planned Parenthood’s survey said that 53 percent of Americans strongly disapprove and another 20 percent somewhat disapprove of the “Domestic Gag Rule.” The problem is that this wording hides the truth: Title X is funded by American citizens and American citizens don’t support taxpayer-funded abortion. While Planned Parenthood would claim that Title X funds don’t pay for abortions, this has been proven untrue. As Live Action News previously reported, “Under the guise of simply providing health care, Planned Parenthood uses Title X funds – citizens’ tax dollars – to fund staff and facilities where abortions are also committed.” This allows Planned Parenthood “to maximize its use of government funding to also cover its abortion expenses, thus forcing taxpayers to fund the abortion chains’ violent and ill-supported activities.”

READ: 5 facts proving Planned Parenthood is NOT where most low-income people get family planning

When discussing birth control, this survey also misleads respondents by claiming that natural family planning is not effective, when in fact it is, according to the UK’s National Health Service, up to 99 percent effective – just as effective as the birth control pill without the horrific side effects. Even the Centers for Disease Control in the U.S. recently revised its failure rates for natural family planning, which they claim has a failure rate of between 2 and 13%, depending on which method is chosen.

Planned Parenthood’s survey also blatantly lies about pro-life pregnancy centers, claiming they give out medically inaccurate information. which is entirely untrue. However, giving women misleading information — or lying about fetal development –is actually something abortion facilities have been caught doing.

The other problem is that while these forms of birth control might prevent pregnancy, they come with big health risks, of which women are largely uninformed. IUDs can cause ectopic pregnancies and can migrate in the body. One woman lost her uterus and her toes and nearly died because of an IUD. In addition, IUDs can function to prevent implantation, not just fertilization, and therefore can cause the death of a newly conceived human being. The birth control shot, Depo-Provera, increases a woman’s chances of contracting HIV by 40 percent and can act to prevent a child from implanting in the uterus after fertilization as well.

The entire survey is fed by lies which Planned Parenthood masquerades as education. “After learning more about his agenda, nearly seven in 10 (69%) say they strongly disapprove of Trump’s approach,” says the survey. But if Planned Parenthood was telling the people it surveyed “about his agenda,” it is a clear indication that they were giving those respondents biased information that leaned in their favor rather than asking unbiased questions about public opinions.