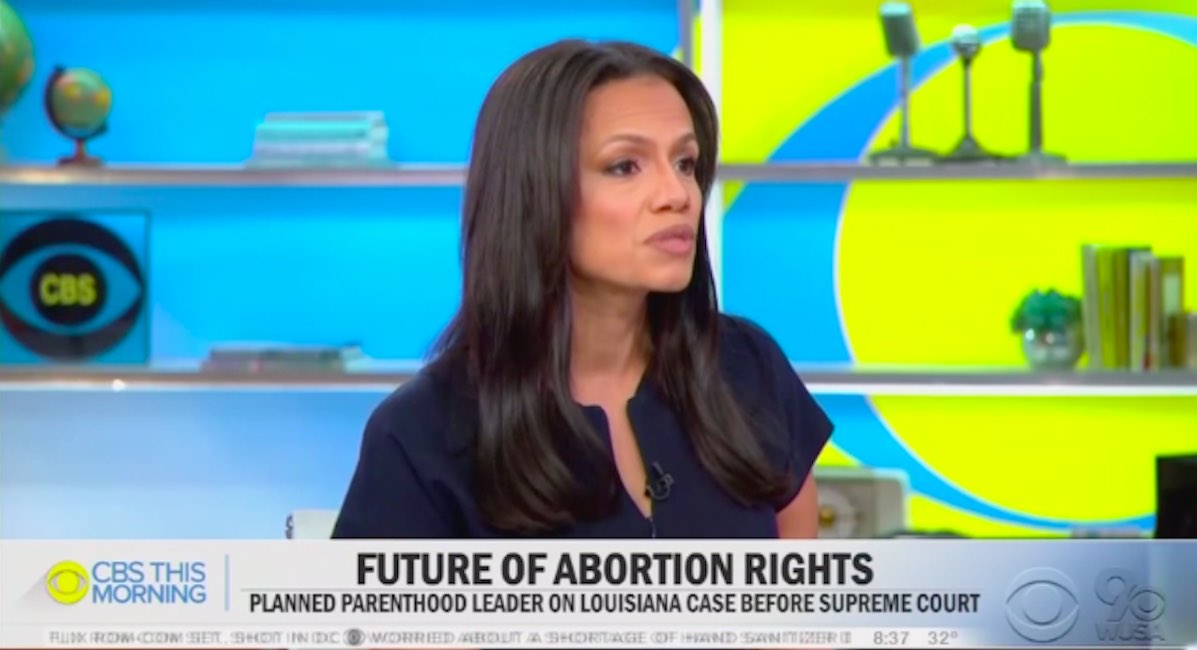 During a recent segment on “CBS This Morning” Planned Parenthood’s president Alexis McGill Johnson argued that the current Supreme Court case, June Medical Services v. Russo — which centers around requiring hospital admitting privileges for abortionists, a requirement for all outpatient procedures in the state — is unnecessary because abortion is “safe.” During the segment, when questioned by journalist Gayle King, Johnson appeared to admit that abortion is unsafe — for preborn children.

Johnson, ignoring the question, simply stated that abortion “is one of the safest medical procedures there is.”

“Well for the patient, right? I think that’s what we’re talking about,” said Johnson, obviously caught off-guard. “There are- and this was brought up yesterday. There are moral arguments with respect to accessing abortion. But it is the law of the land.

Johnson also misleads the public by ignoring the fact that society has no idea what the true statistics are on the safety of abortion. The truth she so easily avoids is that nearly half of all states are not even required to report abortion complications. In addition, many women are encouraged by the abortion industry to tell emergency room workers that they are having natural miscarriages when they experience abortion pill complications. It is impossible, therefore, to honestly call abortion “one of the safest medical procedures there is.”

Yet, even if abortion were safe, problems can still arise during abortions as they can during any procedure. That’s why every other outpatient facility in the state of Louisiana is required to have admitting privileges for surgeons — except for abortion facilities. This alone proves there is a bias in favor of the abortion industry — a bias that leaves women vulnerable and at risk for serious complications from abortion due to a lack of continuity of care at a hospital.