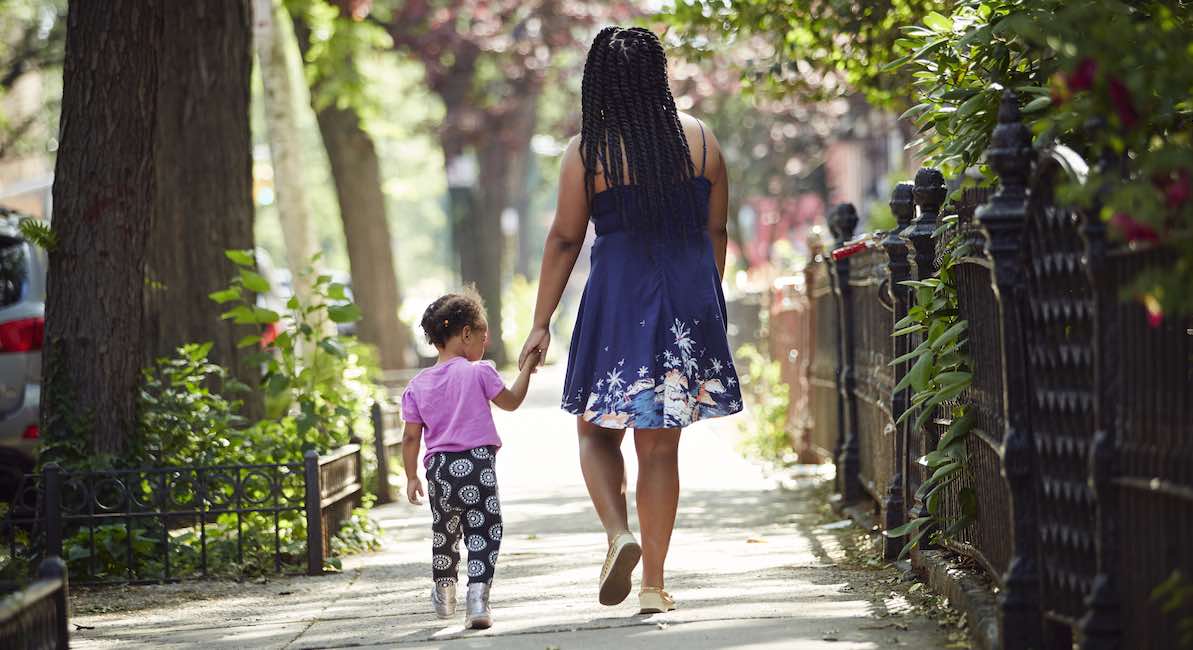 This week, rapper and mogul Kanye West announced his plans to run for president and re-affirmed his pro-life beliefs. In addition to saying he is pro-life, West also took aim at Planned Parenthood, telling Forbes, “Planned Parenthoods have been placed inside cities by white supremacists to do the Devil’s work.” It took less than 24 hours for Planned Parenthood and other abortion advocates to respond, both to a subsequent tweet from West regarding preborn children, and to his statements made specifically about Planned Parenthood.

In a now-deleted tweet, West posted a picture of a preborn child at six months, with the caption, “These souls deserved to live.” Abortion defenders quickly rushed in to mock the idea of abortion at six months, which they claimed rarely happens. 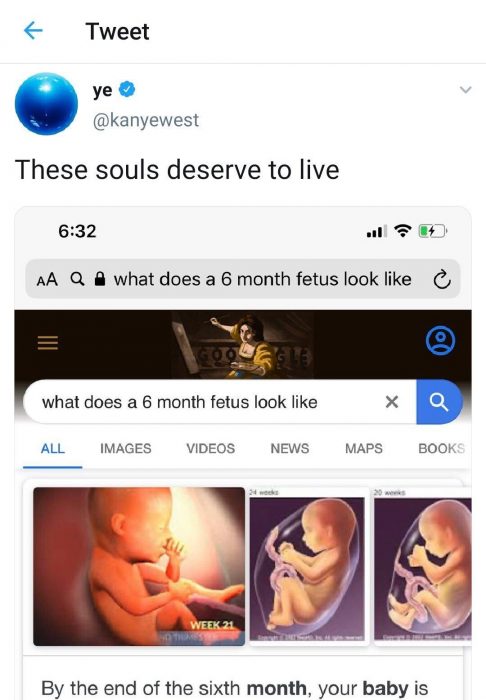 Despite attempts to debunk West’s tweet, those responding on Twitter below clearly didn’t know what they were talking about.

Kanye West deleted his dumbass tweet about abortion and 6 month old fetuses. Here are some facts tho.

Abortion typically occurs in the first 13 weeks. Not 6 months pic.twitter.com/zDFxqIo7xh

Kanye west literally thinks women get abortions at six months and y’all think it’s smart to vote for him ?

Bruh the fact Kanye thinks ppl get abortions at 6 months 😂😂😂😂😂😂😂😂😂😂 SIX MONTHS. oh my lord, another dummy running to ruin the US

The downplaying of late-term abortion is common among abortion defenders. While 1.2% to 1.3% of all reported abortions take place after 21 weeks, data—which does not include abortion statistics from every state due to a lack of abortion reporting requirements—indicates that somewhere around 10,000 late-term abortions are committed every year. Grouping all abortions committed in the second and third trimesters together, that number skyrockets to over 100,000 late-term abortions every single year. One percent doesn’t sound so small when you count the actual cost in human lives.

West wasn’t wrong. Preborn babies at six months gestation are aborted more frequently than Americans would like to think. Late-term abortions are a tragic reality in America, one of only seven nations in the world that allows for abortions past 20 weeks.

Abortion and the Black Community

Nia Martin-Robinson, Director of Black Leadership and Engagement at Planned Parenthood Federation of America, responded to West’s claims in an interview with The Blast. “Black women are free to make our own decisions about our bodies and pregnancies, and want and deserve to have access to the best medical care available,” she said, adding, “Any insinuation that abortion is Black genocide is offensive and infantilizing. The real threat to Black communities’ safety, health, and lives stems from lack of access to quality, affordable health care, police violence and the criminalization of reproductive health care by anti-abortion opposition. At Planned Parenthood, we trust and we stand with Black women who have, and continue to lead the charge when it comes to the health, rights, and bodily autonomy of those in their communities.”

This argument is nonsensical. First and foremost, it is true that Black women need and deserve access to the best medical care, something that is a serious issue. But despite what Planned Parenthood claims, abortion is not health care — and Planned Parenthood is not a health care provider. Health care is designed to save lives and treat illnesses; abortion deliberately destroys the life of a human being in the womb. Planned Parenthood destroyed more than 345,000 children in the womb in a single year, according to its most recent annual report.

But even more offensive is the notion that a lack of abortion access is a leading threat to lives in the Black community, on par with police violence. According to the University of Michigan, police violence is the sixth-leading cause of death for Black men. In comparison, statistics from the Centers for Disease Control and Prevention show that the leading causes of death for Black women have nothing whatsoever to do with an inability to obtain abortions. Considering Planned Parenthood’s systemic racism from its founding to today, it’s especially offensive for a Planned Parenthood representative to conflate abortion with legitimate issues and injustices faced by the Black community.

The abortion industry isn’t concerned about the truth or what’s best for women, but about ensuring that abortion remains legal and profitable.