Despite Planned Parenthood’s recent loss of $60 million in Title X taxpayer dollars due to the corporation’s calculated decision to prioritize abortion over health of low income clients, Planned Parenthood is still likely to receive an estimated $500 million from other state and federal taxpayer programs. This month, the abortion corporation announced its exit from the Title X Family Planning program due to a refusal to comply with a new rule preventing taxpayer funds from going to organizations which commit or refer abortions, instead routing funds to other qualified providers. The continued $500 million Planned Parenthood gets in taxpayer funds is an estimated figure based on past research published by the Congressional Budget Office (CBO), the Government Accountability Office (GBO), and Planned Parenthood’s own annual reports.

CBO broke the funding down to two main sources — Medicaid and Title X:

Interestingly, the 2015 CBO analysis stated, “CBO estimates that the bill would not affect spending subject to appropriations because any discretionary grants, such as those made under Title X, that might otherwise have gone to Planned Parenthood would be awarded to other health clinics or medical practitioners.” 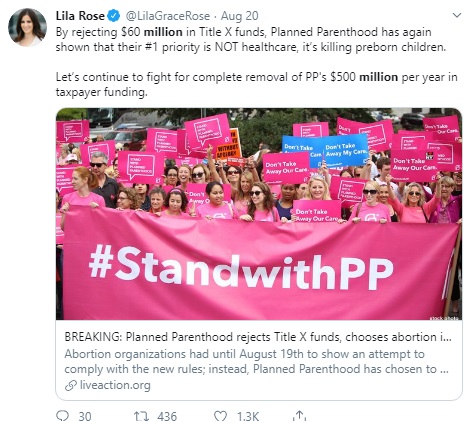 Medicaid is a federal program involving both federal and state funding. This federal program funded Planned Parenthood between 2013-2015, by over $1.2 billion averaging $400 million per year:

In addition, FRC estimated that the total amount of taxpayer funds in federal programs that went to Planned Parenthood between 2013-2015 was nearly $1.5 billion.

Each year Planned Parenthood publishes an annual report, which is generally a year or two behind the release date. The information details the corporation’s reported “services” as well as “revenue totals” which include government and private funds. Live Action News reviews these reports annually, including Planned Parenthood’s most recent report for the 2017-2018 fiscal year. The most recent report revealed that PP received an increase in government dollars while actual health services plummeted. In addition, as the country’s overall abortion numbers show a decline, Planned Parenthood’s abortion numbers continued an upward trajectory. 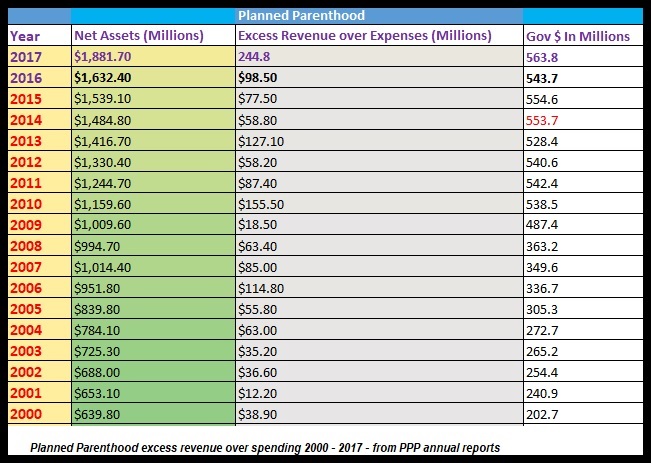 Despite the massive increase in taxpayer dollars, over the past 10 years (2007 – 2017) Planned Parenthood’s services and clients have continued to decline.

Tragically, Planned Parenthood’s own reports reveal that abortion continues to be a focus for the corporation:

Planned Parenthood’s 2019 plan has vowed to focus on expanding abortion — and it seems the profitable corporation is doing just that. The fight to defund this abortion behemoth is far from over.