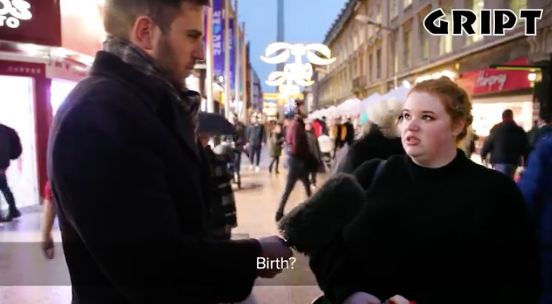 The Irish senate passed the Regulation of Termination of Pregnancy Bill on December 13 in a vote of 27 to five. When President Michael D. Higgins signs it, it will become law.

This new law allows for abortion on demand through 12 weeks gestation, to the age of “viability” (which is now at about 21 weeks) if there is a risk to the mother’s health, and at any point through all nine months if the child is diagnosed with a condition that could lead to his or her natural death at birth or within 28 days of birth.

All 63 submitted amendments were turned down by Health Minister Simon Harris. Those included the exclusion of disability and sex as a reason to abort, pain relief for preborn children during late-term abortions, burial rights for aborted children, medical assistance for babies who survive abortions, parental notification for girls under age 16, and the freedom of conscience for medical personnel.

Despite the passage of the bill, people in Ireland don’t seem to know the true depths of what it means. This isn’t unlike people in the United States, many of whom still believe that abortion isn’t legal after 20 weeks – it is actually legal at any time. A man on the street interview in Ireland showed that even people who voted to repeal the 8th Amendment and pave the way for legal abortion in Ireland don’t know exactly what is in this bill. They were shocked by what they learned and one woman even said she would never have voted to allow for legal abortion if she had known what it would have meant.

Still, another woman who said she was pro-choice admitted that she is “ashamed being Irish at this point after hearing that. No, that’s not on. They deserve to be buried.”

What’s interesting is that despite voting to allow legal abortion in Ireland, many of the people interviewed were upset that the babies will be incinerated and denied burial rights. They were also disappointed to learn that the preborn babies wouldn’t be receiving pain relief. For these individuals in this strange new world, killing the preborn child is acceptable, but not allowing them pain relief or a burial is outrageous.

When asked if they thought people knew about all of this when they voted for legal abortion, one pro-choice woman said, “No, they didn’t. There wasn’t enough information given out I don’t think. Definitely not.” She said she would have reconsidered her pro-abortion vote if she had known.