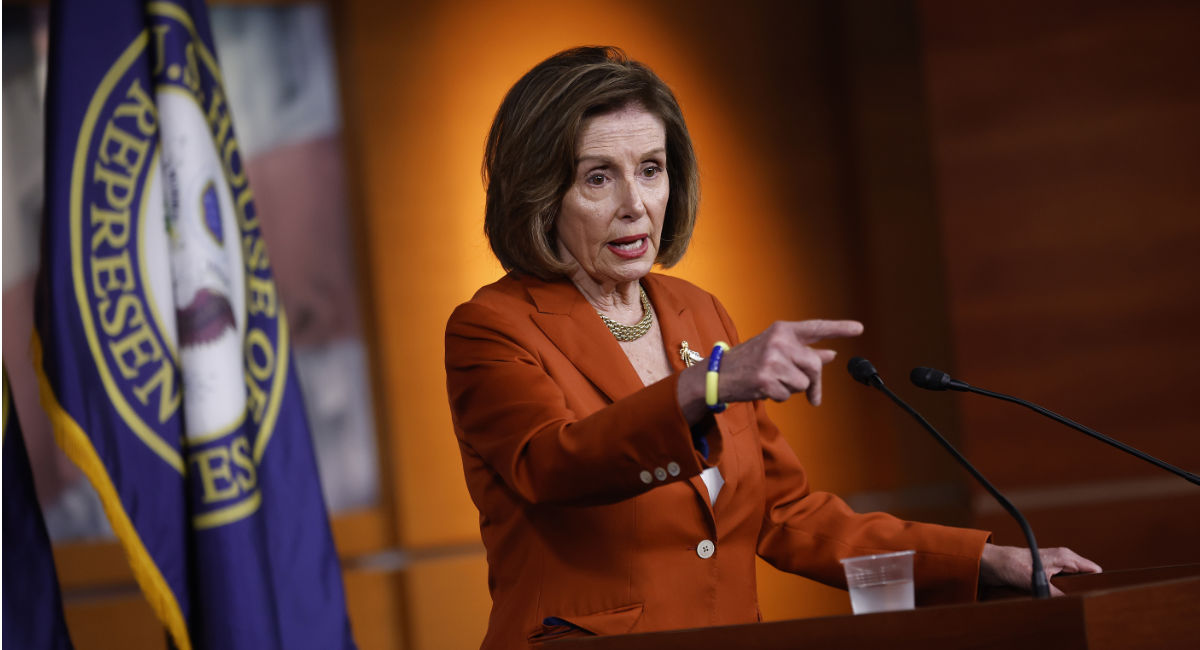 House Speaker Nancy Pelosi (D-Calif.) issued an open letter to her Democratic colleagues on Monday, outlining the next steps the party needs to take in fighting to promote abortion access after the overturn of Roe v. Wade.

“This weekend, the American people spoke out in person and in large numbers about their opposition to the Supreme Court’s disrespect for a woman’s freedom over her reproductive health,” she wrote. “While this extremist Supreme Court works to punish and control the American people, Democrats must continue our fight to expand freedom in America. Doing so is foundational to our oath of office and our fidelity to the Constitution.”

Pelosi then outlined the next steps that the Democratic caucus is taking to “protect the health and freedom of America” by offering three bullet points.

First, she said that the Democratic party should work on legislation that “protects women’s most intimate and personal data stored in reproductive health apps.” This is born out of a scare tactic pushed by the abortion industry, which promotes the completely unfounded claim that pro-life legislators might attempt to use data in health-tracking apps to find women who may be pregnant and/or abort. “Many fear that this information could be used against women by a sinister prosecutor in a state that criminalizes abortion,” Pelosi wrote.

READ: ‘This is not over’: Biden, Pelosi, AOC, and others respond to Roe’s fall

Finally, she reaffirmed her support for the Women’s Health Protection Act, radical legislation that would enshrine the right to abortion into the law as a right throughout all nine months and for any reason. It failed the Senate in February, with several key lawmakers noting that the law went far beyond the boundaries set by Roe v. Wade and Planned Parenthood v. Casey.

Pelosi went on to say, “It is still appalling to me that the Chief Justice of the Supreme Court would agree that a Constitutional right does not exist if it was not spelled out explicitly and in public when the 14th Amendment was ratified over 150 years ago.”

However, there is nothing in the Constitution that spells out the right to deliberately kill one’s own undelivered child. In fact, the 14th Amendment guarantees everyone the right to life and equal protection under the law. That is contrary to abortion, which takes an innocent life.

Josh Craddock, an affiliated scholar with the James Wilson Institute, breaks down the flaws of the argument that abortion is a constitutional right in the following video:

Pelosi’s plan of action demonstrates the need for the pro-life movement to continue to work to change hearts and minds on abortion. Without Roe v. Wade, the pro-abortion movement will be fighting to promote the unfettered killing of preborn human beings in any way that they can.