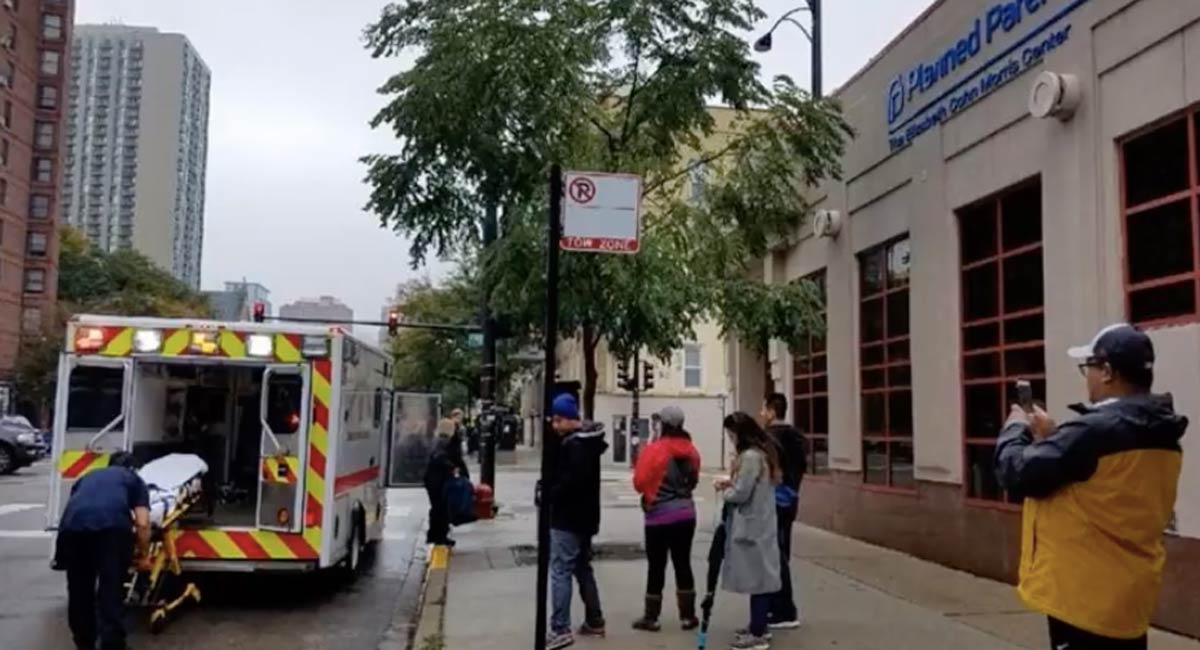 A 19-year-old girl was taken to the hospital in an ambulance after a botched abortion at Planned Parenthood of Illinois, located in Chicago, which pro-life group Operation Rescue is calling one of the “most dangerous” in the nation due to its number of ambulance calls. According to Operation Rescue, there have been nine calls for emergency assistance within the last year.

Last month, the victim underwent an abortion, and began hemorrhaging from her uterus and vagina badly enough that staffers needed to call 911. Audio revealed that there was no doctor present at the time.

A sister Planned Parenthood center located on Michigan Avenue in Chicago is dangerous as well, as it was the site where Tonya Reaves was killed in 2012 by a botched abortion. According to the autopsy report, Reaves was 16 weeks pregnant and had undergone a dilation and evacuation, or D&E, abortion — except the abortionist did not complete the abortion, and left pieces of her baby, along with her placenta, inside of her. See the process of a D&E in the video below, narrated by former abortionist Dr. Anthony Levatino:

The initial abortion took place at approximately 11:00 in the morning, but despite the fact that Reaves was hemorrhaging, Planned Parenthood of Illinois staffers allowed her to bleed for over five hours before calling for help. When she finally arrived at the hospital, they had to finish the abortion, as well as performed an emergency hysterectomy, as her uterus had been perforated, but it was too late. Her left uterine artery had been severed, leaving 1-1.5 liters of blood and clots inside her abdominal cavity, which equals approximately 30% of her total blood volume in her abdomen alone. Reaves died, leaving behind a fiancé and a child. The abortionist responsible for Reaves’ death was not fired by Planned Parenthood, but was instead reassigned to another facility.

Earlier this year, the LaSalle Avenue Planned Parenthood botched two abortions in less than a month. With so many women injured at Chicago Planned Parenthoods, it should raise some very real questions about how safe they are for women.

Editor’s Note, 11/22/18: This article incorrectly identified the LaSalle Avenue Planned Parenthood as the same facility where Tonya Reaves died. The text and title have been corrected to reflect that a sister Planned Parenthood center located on Michigan Avenue was responsible for Reaves’ death, according to her autopsy report.