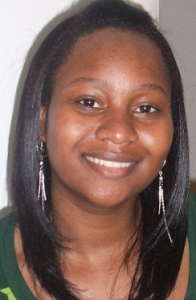 [Scroll down for an important update to this story!]

The UK Daily Mail reports on a tragic story that unfolded last Friday:

The family of Tonya Reaves, 24, is demanding answers after she died suddenly after an abortion at a Chicago Planned Parenthood

Ms Reaves died Friday night of a hemorrhage, the medical examiner said, with complications from the procedure as well as the pregnancy itself as a contributing factor.

Her death was ruled as an accident, but her twin sister and her family want to know how this tragedy happened.

‘It happened so fast. She was just fine one day and then the next day she was gone,’ Toni Reaves said of her sister’s passing to CBS.

Planned Parenthood has been completely tight-lipped about what happened, claiming they have declined to offer more information “out of respect for the patient’s privacy.”

What is more important, I think, is that they explain to the family of this woman exactly what happened. According to the medical examiner’s office, she died after having an abortion at the Planned Parenthood clinic at 18 S. Michigan Ave. At the very least, a thorough investigation of the incident and of the clinic property should be executed.

Planned Parenthood has always attempted to harass pro-life centers, sometimes by claiming they are unsafe for women. Well, in yet another example, it turns out that a Planned Parenthood clinic was the most dangerous place for a woman (not to mention her unborn child).

Let’s pray for Tonya, pray for her unborn child, and pray for their family – that they will continue to demand answers from Planned Parenthood so we can do more to help prevent other women from suffering the devastating risks and effects of abortion.

UPDATE – the Susan B. Anthony List is calling on Congress to investigate Planned Parenthood over this and other allegations of abuse.