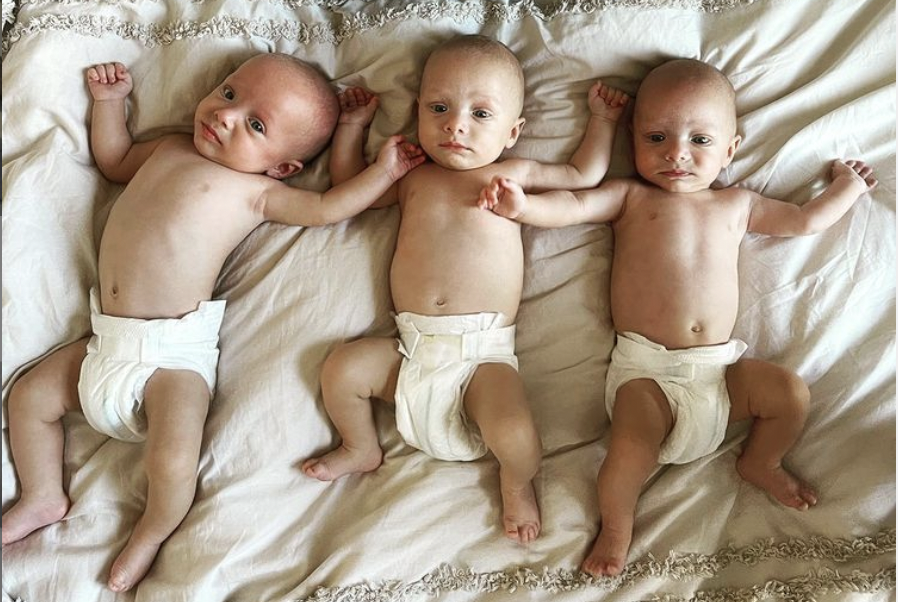 Gina Dewdney and her husband Craig didn’t think they would become pregnant immediately after deciding to try, but they were even more surprised when they found out they were expecting rare, 1-in-200-million identical triplets who shared a placenta.

“We thought, let’s see what happens and within a month I fell pregnant,” explained Dewdney to ECHO. “I found out very early that I was pregnant, within a few weeks, and I started getting really severe migraines, which I don’t usually suffer from. But I was having visual migraines, really bad headaches and insomnia — I just couldn’t sleep and kept waking up in the middle of the night wide awake.”

“I had this feeling that there was more than one baby and I had a feeling we were having twins.” 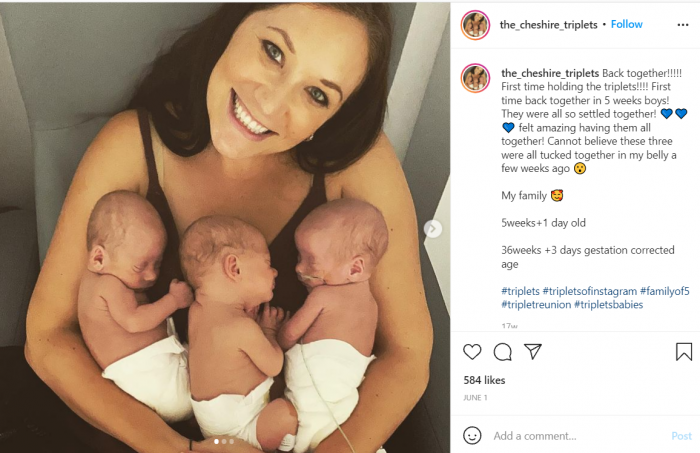 An ultrasound at 13 weeks confirmed that they were pregnant with twins, but after about 20 minutes of scanning, everyone noticed a third little head on the screen. They were told they were having identical twin girls and a boy and that the placenta had fused. It was tough to get a clear picture though because “someone’s foot would get in the way or someone’s head or they would kick each other.”

“The sonographer said, ‘Oh my God, in 26 years of scanning I’ve never found triplets.’ I was thinking stop there, don’t find anymore! So it was quite a shock. I just remember screaming out, ‘three?'” explained Dewdney.

The parents excitedly went out and bought both boy and girl clothes. But at 24 weeks, another scan revealed that they were actually expecting identical triplet boys who all shared one placenta — an extremely rare event.

Sharing one placenta meant the triplets would be fighting for the same nutrients and food and it put them at higher risk for complications. Dewdney was scheduled to have a C-section, but her water broke at 31 weeks and she began having contractions. She was taken to have an emergency C-section. Each baby had his own neonatal team in the operating room and Jensen, Jimmy, and Jaxson were born at the same exact moment. The surgery took just one minute and 52 seconds. 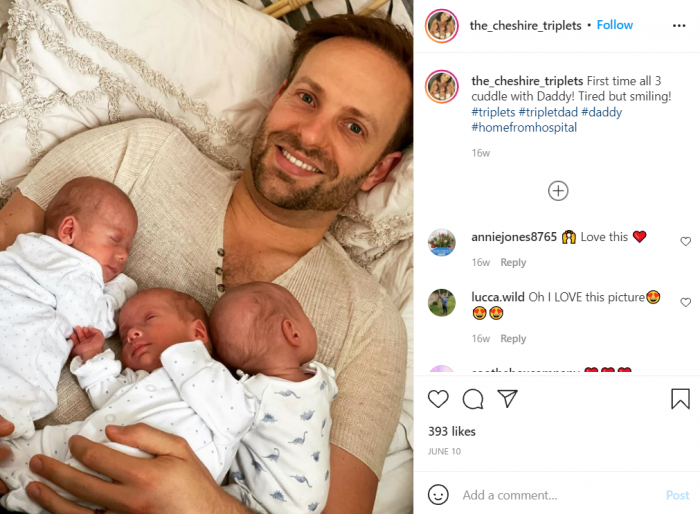 Jaxson proved to be even rarer than his brothers as he was born in the amniotic sac, an event that only happens once in 80,000 births. The babies spent six weeks in the neonatal intensive care unit at Liverpool Women’s Hospital but are now five months old and doing well.

“They’re starting to smile now and starting to see their characters,” said Dewdney. “What is interesting is they are all identical and DNA is the same, but they’ve got such different personalities already and I think that is fascinating because they are all being brought up the same and you think of nature versus nurture.”

Every human life is unique and happens just once in the entire span of time. Even identical triplets who share the same DNA are their own persons — each with their own personalities and gifts. The Population Reference Bureau estimates that 107 billion people have lived on earth since the first human came into existence. That means every human life deserves to be celebrated for being one in 107 billion — never having existed before and never to exist again.