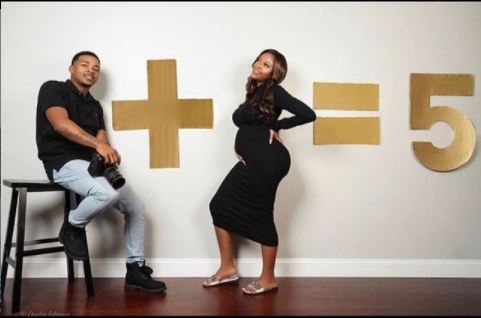 A Pittsburgh couple celebrated the arrival of three special baby girls in January. After being told that they couldn’t have children, Dee Michelle and Antonio Livingston learned they were expecting triplets conceived on different dates during the same week.

Known as superfetation, a second pregnancy can occur during an existing pregnancy when a woman ovulates twice in the same cycle. Dee and Antonio, known on their social media accounts as Dee and T Plus Three, conceived one baby and the conceived identical twins later in the week. Having been told just a year earlier that she could not have children, the couple was both shocked and thrilled. They documented their unique pregnancy as well as the birth of their babies on social media.

“The joy that these 3 babies have brought to us and our families is indescribable,” Dee said on Instagram. “First off, last year my doctor’s told me that I wouldn’t be able to have kids and would need surgery. But God said otherwise and gave us 3 healthy babies along with a completely healthy mother!” 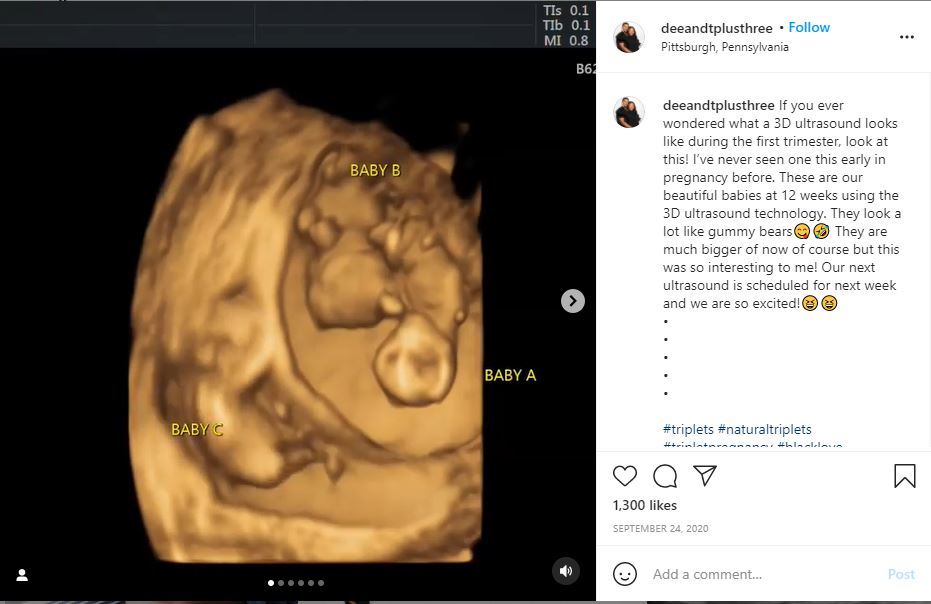 The twins were at risk for Twin-to-Twin Transfusion Syndrome, which can be life-threatening, but thankfully, each baby was developing on track. Baby C was six days older than the twins. The couple shared ultrasound images and videos along with baby bump photos throughout the pregnancy, and also celebrated their engagement.

Though Dee’s water broke at just 24 weeks, she was put on bed rest for about two months and was able to hold off labor until 32 weeks. They welcomed three girls, two of them identical in January, and Antonio, a photographer, immediately began photographing his girls. Amani weighed 3.4 pounds, Amber weighed 3.3 pounds, and Dream weighed 3 pounds.

“On January 18, Amani, Amber & Dream made their grand entrance into this world!” Dee wrote on Instagram. “I only see God when I look at my babies. Thank you God! […]

“The amount of love and joy that we have for our girls is so unexplainable! I still can’t believe that these 3 beautiful humans were just in my belly. These girls are our biggest blessings and I wouldn’t trade them for the world! Now onto our biggest task, which is being the best parents that we could ever be and raising our girls to be powerful, strong and intelligent black women!”

Similarly, another woman has revealed that she conceived a third baby while already pregnant with twins. She said she and her husband are thrilled to now be expecting triplets. She explained, “About 10 percent of women can ovulate twice a month. Only I think .3 percent get pregnant a second time. So technically our babies do have different due dates. Luckily they’re close enough that they will be born the same day, so they will all still be considered triplets.”

The woman turned to TikTok to share her news, using the handle @theblondebunny1. She said she and her fiancé learned they were expecting twins naturally, but doctors later discovered a third baby, whom they projected was conceived about 10 days after the twins had been conceived. 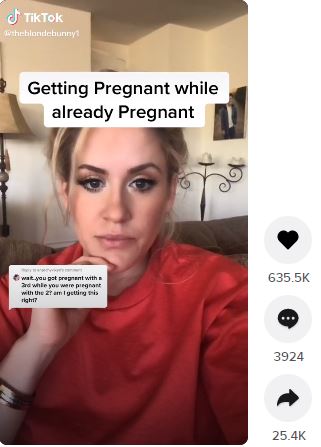 The doctors performed ultrasounds every two weeks to keep a close eye on the babies and each baby is hitting every milestone and growing on schedule. The plan is to make it to 28 weeks with the hope of going as long as 35 weeks. She plans to have a natural birth.

“We hit the jackpot,” she said. “It’s our first pregnancy, and we’ve got three coming at once.”