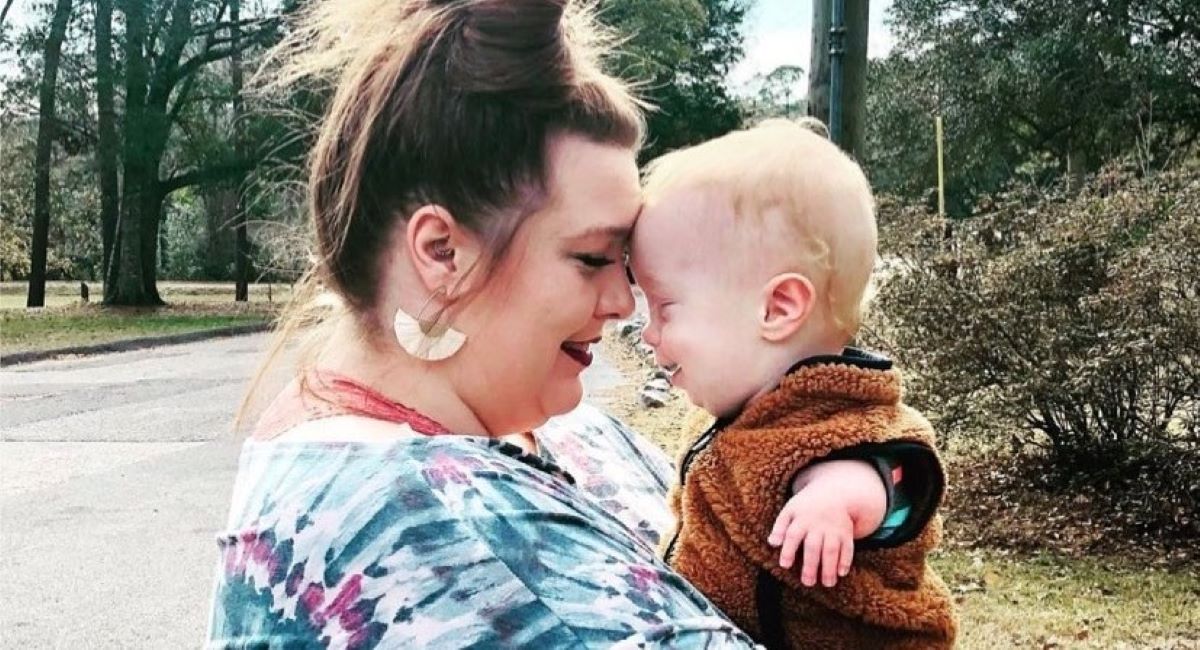 After learning that their preborn son would be born without arms, Jessika Turner and her husband doubted their abilities to parent a child with additional needs. But when baby Henry was born, life changed for the better.

“We called our close family members and explained what little we knew at the time,” Turner told Love What Matters. “They had so many questions, and I was fresh out of answers. The one question I kept asking myself was ‘how in the world are we supposed to raise a child with no arms?’ At first, when I looked back on those few days after we received his diagnosis, I felt so guilty for feeling like I did. I repeated over and over, ‘How am I going to be a mom to a little boy who needs more than I can give him?’ Now, I realize I wasn’t worried about his arms, or lack thereof, at all. I was worried about our ability to care for this amazing child because I felt inadequate.”

Henry’s doctors believed he had a rare genetic disorder called Thrombocytopenia Absent Radius Syndrome (TAR). According to Turner, TAR causes low blood platelets, missing arm bones, and other limb deformities. It also causes a lowered immune system and a milk protein allergy. There are two types of TAR: long arm and short arm. Those with long arm are missing the radial bone in the arm while those with short arm are missing all three arm bones. Henry has short arm TAR.

“Our next step was learning to adapt,” said Turner. “One of my biggest things, when we found out about Henry’s arms, was his clothes. Why does EVERYTHING have sleeves? All of the sleeveless items were summer clothes, and Henry was due in December. The feeling of being inadequate hit me like a freight train. I didn’t sleep. I didn’t eat. I screamed and cried and acted like a crazy person. I felt my soul break in half. My fellow special needs parents will know what it feels like. It’s gut-wrenching. I then realized I couldn’t stay in that dark place. I had to fight. I had to figure out how to do the best for this boy with lucky fins.”

Thankfully, Turner was able to find a support system with other families of children with TAR on Facebook. They gave Turner and her husband hope — “a life raft to hold onto.”

When Henry was born, Turner felt prepared and excited but also nervous and scared. He had a low platelet count of just 13,000 compared to the typical 150,000 to 450,000 and spent the first month after birth in the neonatal intensive care unit. He overcame a high white blood cell count, transfusions, IVS, x-rays, and five surgeries.

“The first time I got to see him with my very own eyes, I was in awe,” said Turner. “We created that! He was ours forever.”

Today, Henry is like any other toddler who loves to play with his trucks and uses a sippy cup. His parents have a mantra of, “No arms? No problem!” and his mother said she “cannot wait to see the person he grows into.”

Every child deserves to be loved the way Henry is loved, regardless of abilities or differences.

Editor’s Note, 7/28/21: This post has been edited since its original publication.