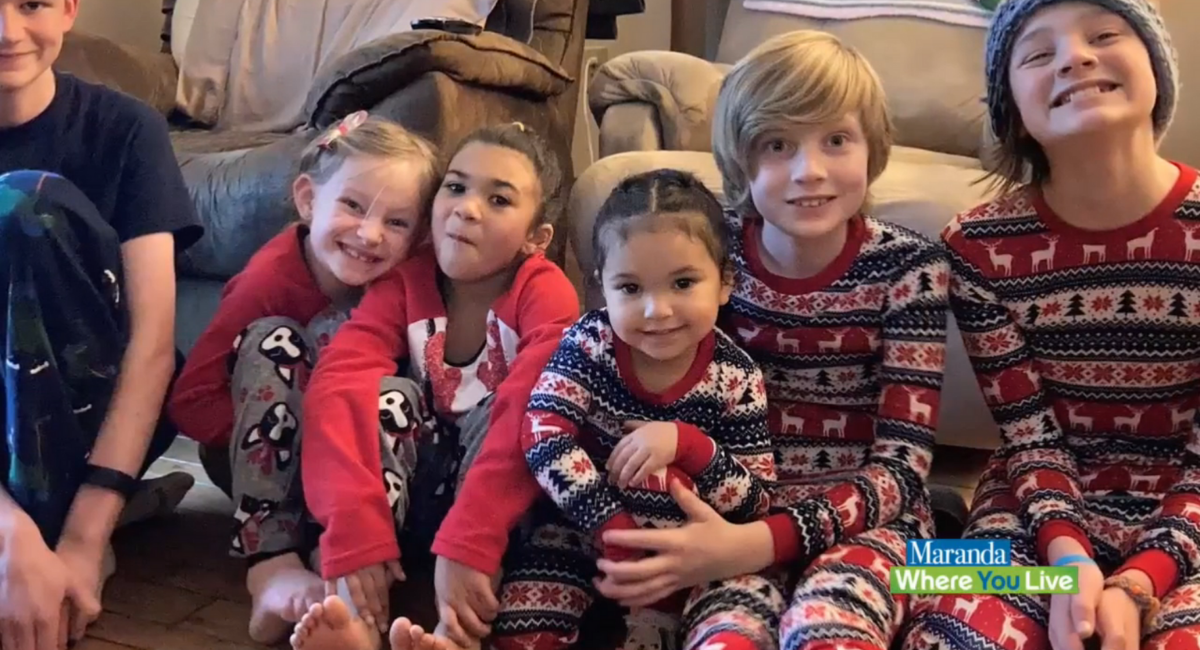 Lauren and Dave Sager are parents to four biological children — three boys and a girl — and when their daughter entered kindergarten, she became fast friends with one of her classmates. After learning that her new friend and her younger sister were in foster care and available to adopt, the couple decided to open their home and welcome the girls into their family.

“The day [the two girls] met, all I heard about was this friendship,” Lauren told WOTV. “And so we came to find out, getting to know this friend and her family, that she was a foster child and we started reaching out to the family and we had other friends that were friends with their kids. And we kinda formed a connection and a relationship with that family. Then we found out these beautiful girls needed a forever home. […] And it was natural to invite them into our family.”

Placed together in foster care, the sisters needed to stay together, and the couple didn’t hesitate to make sure that happened. The process went smoothly as the girls began spending more and more time with the family. Now a year and a half later, Lauren and Dave are sharing their incredible story.

“At first it was a little bit like we had four kids with two editions. I would say now, you couldn’t tell me I didn’t have six kids originally,” said Dave. “So they’ve made it pretty easy on us. It’s weird to even talk about the fact that they’re adopted and not just originally our children now. They come up and they hug me and they say ‘Daddy,’ and they just want to have that bedtime story. It’s like they’ve been with us forever.”

Rachel Sykes, executive director of Lutheran Adoption Services, said it can be especially difficult to find families for sibling groups who are up for adoption through foster care. They are always looking for parents, she said, and need families willing to accept siblings. Now the parents of six, Lauren and Dave are ready and willing to invite more children into their family.