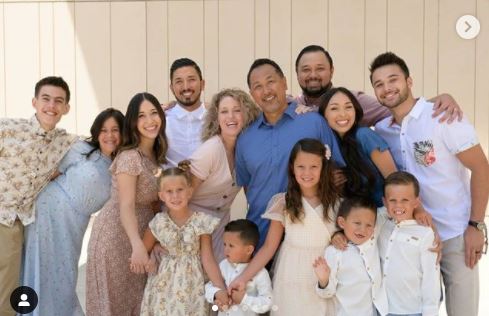 Pam and Gary Willis were already parents to five children and grandparents to six when they chose to step in and help a group of seven siblings who needed them.

In 2019, Pam read a story about seven children who were in need of a new, permanent home. They had been in foster care for more than a year after losing both of their parents in a car accident, according to FaithPot. The children were separated in different foster homes during that time and Pam felt the calling to do something to help.

“I can’t explain it — I just knew I was supposed to be their mom,” she said.

After sharing the article with her husband, he agreed with her. “I thought Gary was going to tell me I was wacko — we were getting ready to retire.” But instead, he looked at the article and said, “We should adopt them.”

The couple knew it was meant to be.

“Who would keep them all together? Who would have the space for them? Who would have the time, and the love, and the patience for their trauma?” wrote Pam on Instagram. “The answer was clear … we would. Why else did we have a six bedroom house that was about to have its last child’s bedroom vacated? Why else would our nest that had raised our first five babies be empty just in time? It was only to make room for our new babies. They were ours from the minute we saw their faces on the news story.”

That night they called the number at the bottom of the article and learned that thousands of people had already called about adopting the children. But just two months later, they were told they had been matched to be their new parents.

“It was what God wanted us to do,” said Pam.

READ: Debunking 7 of the most common myths about adoption 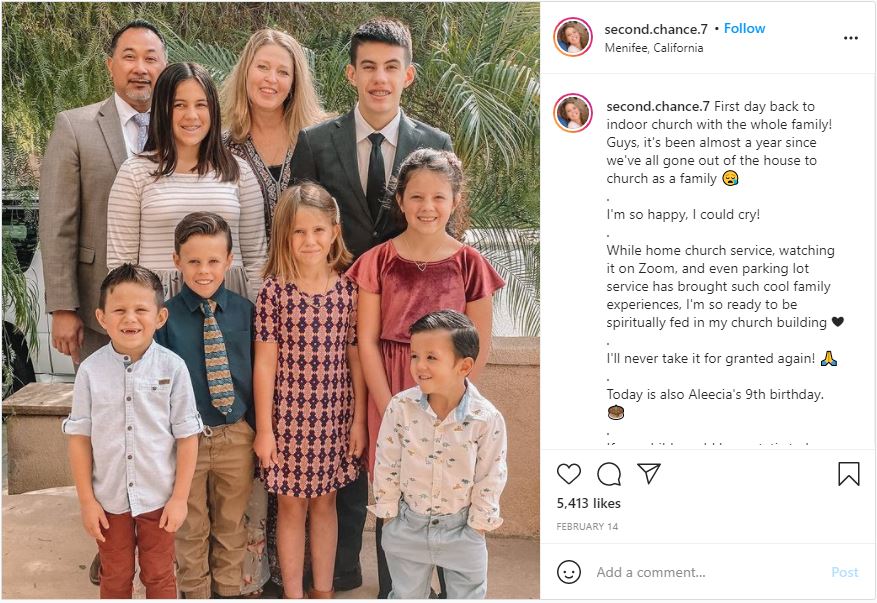 The children had been through trauma — both from losing their parents and because their parents had struggled with addiction. They had lived in homeless camps with hardly any food. They were ages one through 12 at the time and Adelino, 15, Ruby, 13, Aleecia, 9, Anthony, 8, Aubriella, 7, Leo, 5, and Xander, 4, were “desperately craving permanency,” explained Pam. And while it was easy to connect with the younger ones, the older two struggled a bit.

“I think they didn’t quite trust that we were real,” said Pam. “Like maybe we were going to go away. I think it’s so hard to trust when so much has been taken from your life. Ruby didn’t know how to be a kid. She had to be a mother figure at a very young age.”

In August, after their original court date had been postponed because of COVID-19, Pam and Gary officially adopted the children amid the pandemic with their biological children Matthew, 32, Andrew, 30, Alexa, 27, Sophia, 23, and Sam 20 watching virtually. They bought a big-screen TV so that friends and family could watch in the park and celebrate.

“They’ve given us a second chance at parenting, we’ve given them a second Mom and Dad,” said Pam. “They are our Second Chance 7.”