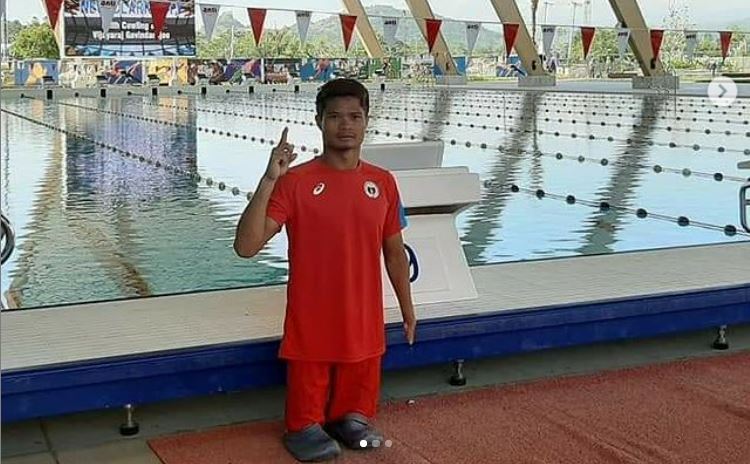 The abortion industry has long claimed — even under oath — that abortion survivors do not exist, despite proof otherwise. Gawilan, a paralympic swimmer competing in Tokyo this year, is one such abortion survivor whose existence proves abortion leaders wrong. Gawilan survived an attempted abortion in 1991 that left him with no legs and an underdeveloped left arm. But he’s an amazing swimmer.

According to Town Hall, the 30-year-old competed in the 2016 Paralympics and became the first Filipino gold medalist at the Asian Para Games in 2018. He is now competing at the Paralympics in Tokyo and will carry his nation’s flag at the closing ceremony. But had an abortionist been successful at his job, Gawilan would never have been born alive.

“I must have been a good swimmer even in my mother’s womb because I survived the abortion,” Gawilan told SPIN.ph in 2014. “I just swam.”

According to that interview, Gawilan’s mother had an abortion to hide her pregnancy. Manila Standard reports that she had had an affair and after her husband discovered this, he left them. That’s when she decided to have an abortion, but her baby boy miraculously survived — with significant injuries. Then, when he was only five months old, his mother died of cholera.

READ: Survivor of multiple abortion attempts: ‘I thank God for keeping me alive’

Raised by his grandfather, Gawilan said he was bullied during childhood because of how he looked. He has credited his faith in God for helping him get through rough times. One day, a wealthy businessman convinced Gawilan’s grandfather to send him to a center for children with disabilities. This decision forever changed the future of the then-nine-year-old boy.

At that center, he met the Maryknoll Sisters of St. Dominic at Our Lady of Victory Training Center, and in 2000, he moved to Samal Island to work as a housekeeper for them. At Samal Island, he learned that he loved to swim.

“When I am in the water my physical disability was not visible,” he said. “I look like a normal person.”

After he took up swimming, a coach at the foundation’s beach resort took notice and Gawilan joined a swim team for individuals with disabilities. By 2008 he was entered into his first competition, where he came in second despite having forgotten his swimsuit and having to swim in cargo pants. The winner of that race, Arnel Aba, brought Gawilan to join the national team with him. The rest is history.

“I used to hide myself,” he said in a 2017 short film. “I used to be ashamed of myself, ashamed of why I was born like this. I felt like I escaped from a shell [when swimming]. There’s a purpose for us in this world. We need to be fighters in life.”

In Tokyo, Gawilan fell short of making the finals for the men’s 200-meter individual medley but as of this article’s publication, plans to compete in the freestyle and backstroke events.

Reports from just five states found that over 100 babies were born alive following an abortion attempt in recent years. Some of these babies died slowly after their delivery — left alone to die, while others were likely killed after birth by the abortionist. Federal legislation seeking to protect abortion survivors by ensuring they receive valid health care continues to fail in the majority pro-abortion Congress.