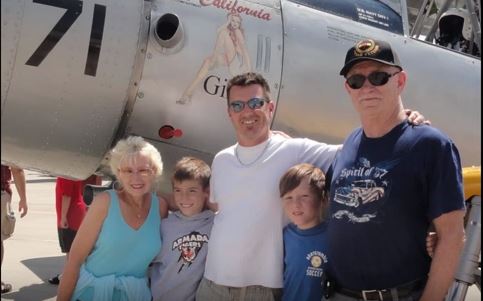 In 2014, Laura Tedder, a woman conceived in rape, shared her story of abortion survival in a video on YouTube. The attempt on Tedder’s life left her with cancer that caused her to lose her eye at just two years old and to spend a lifetime fighting tumors and undergoing surgeries. But despite it all, Laura says she is grateful.

Tedder’s birth mother discovered she was pregnant soon after she was raped after leaving a bar one evening. Already the mother of two girls, she decided she didn’t want this third child and made numerous attempts to kill her baby by consuming poisons. But the preborn baby girl, Laura, proved to be a fighter, as she survived and is now speaking out to share her lovefor life and her anti-abortion views.

“For nine months she drank antifreeze and drain cleaner to try to kill me,” Laura said of her mother. “And without killing us both, I still survived, and when I was born, I was born with cancer in my right eye. And two years later, I had to have [my eye] removed.”

When she was just three days old, Laura’s mother dropped her off at her brother’s house and never returned. Her uncle and aunt adopted her, changing her life forever. Despite having to undergo 150 surgeries on her face and radiation in an attempt to stop the spread of cancer, Laura always knew that her life had value. Even when the odds of her surviving were slim, including when she was told she had a brain tumor and had just two days to live, she proved the doctors wrong. Laura knew that her life would have been very different if she had been raised with her birth mother, and she is so thankful her birth mother thought to give her away.

Laura explains the moment she finally spoke with her birth mother:

“I tried to make peace with my birth mother. […] I put the word out that I would like to speak with her. And so then she was forewarned that I was gonna call her. And so when she answered then I said, ‘This is Laura.’ And she said, ‘I know.’ And I said, ‘I just wanted to catch up on my life.’

And she goes, ‘Well, I wanna tell you, Laura, I hate you. You are the most spoiled brat that I ever met.’

And I said, ‘That might be, because when you’re dying all the time your mother is going to spoil you when she’s in the hospital with you 24/7.’ And it’s hard not to be spoiled, and I was loved by God so much. And I said to her, ‘The reason I am calling you today is I just wanna tell you… ‘Thank you so much for giving me away.'”

READ: Ben Shapiro destroys case for abortion after rape: the ‘morality of abortion does not change’

Laura told her birth mother about how well her uncle and aunt treated her and took care of her through all of her surgeries and challenges. She said that despite what her mother did, she doesn’t hate her mother, although there have been times when she has had bad feelings toward her.

“What good is hating her?” she asked. “She made her decision. I am alive. I have a wonderful life. Husband, son, grandchildren. I pray to God every day and I thank him for keeping me alive, and this is why I’m here — my faith in God.”

Laura believes God brought her through all of her obstacles so that she could show the world that miracles do happen and that God can help people through anything. She believes we are all here for a purpose and that each of us has value and something to share with the world. Abortion, she says, isn’t just about the mother and her preborn child.

“[…] The abortion just didn’t affect me,” she said. “If I wasn’t here, I wouldn’t have a husband or a son or all these grandchildren that I have,” she said. “Abortion affects everything.”