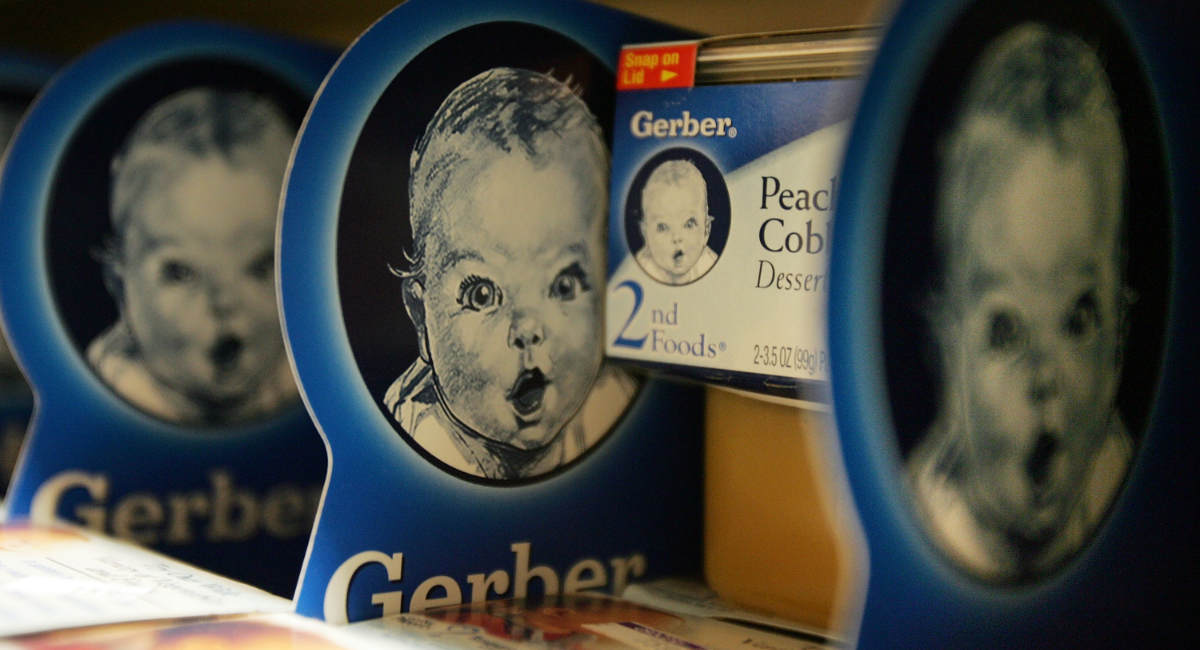 Ann Turner Cook, the infant model who became world famous as the Gerber baby, has died. She was 95 years old.

In a post on Instagram, Gerber announced Cook’s passing. “Gerber is deeply saddened by the passing of Ann Turner Cook, the original Gerber baby, whose face was sketched to become the iconic Gerber logo more than 90 years ago,” they wrote. “Many years before becoming an extraordinary mother, teacher and writer, her smile and expressive curiosity captured hearts everywhere and will continue to live on as a symbol for all babies. We extend our deepest sympathies to Ann’s family and to anyone who had the pleasure of knowing her heart.”

At five months old, a neighbor, Dorothy Hope Smith, drew a charcoal sketch of Cook, which was submitted to a nationwide contest Gerber was holding. Cook won the contest, but her smiling face was so popular that Gerber ended up trademarking it in 1931. After that, it was used in all of their marketing and packaging.

For decades, the identity of the baby was a secret, although Cook was finally revealed as the Gerber baby in the 1970s. Cook took the fame in good stride.

“If you’re going to be a symbol for something, what could be more pleasant than a symbol for baby food?” she said. “All babies are appealing. The reason that drawing has been so popular is the artist captured the appeal that all babies have.”

Cook also credited Smith with her success and notoriety as the face of the Gerber brand. “I have to credit Dorothy with everything,” she told The St. Petersburg Times in 1992. “I was really no cuter than any other baby, but she had wonderful artistic talent and was able to draw a very appealing likeness.”

Today, Gerber holds an annual contest for who will hold the honor of being the official Gerber baby. And the brand is increasingly branching out. In 2018, they chose their first ever baby with Down syndrome, a little boy named Lucas; his parents said they hoped it would encourage acceptance of the special needs community. In 2020, the winner was their first ever adopted baby, a beautiful girl named Magnolia. Magnolia, who is Black, was adopted by a white family, and her parents wanted her fame to show that families are built on love above all else; they reportedly have an open adoption arrangement, and Magnolia’s biological parents were equally thrilled about the news.

This year’s Gerber baby for 2022 is Isa Slish, a little girl with a limb difference. Her parents wanted their beautiful daughter to be a model for other children with limb differences, to feel represented in media and culture.