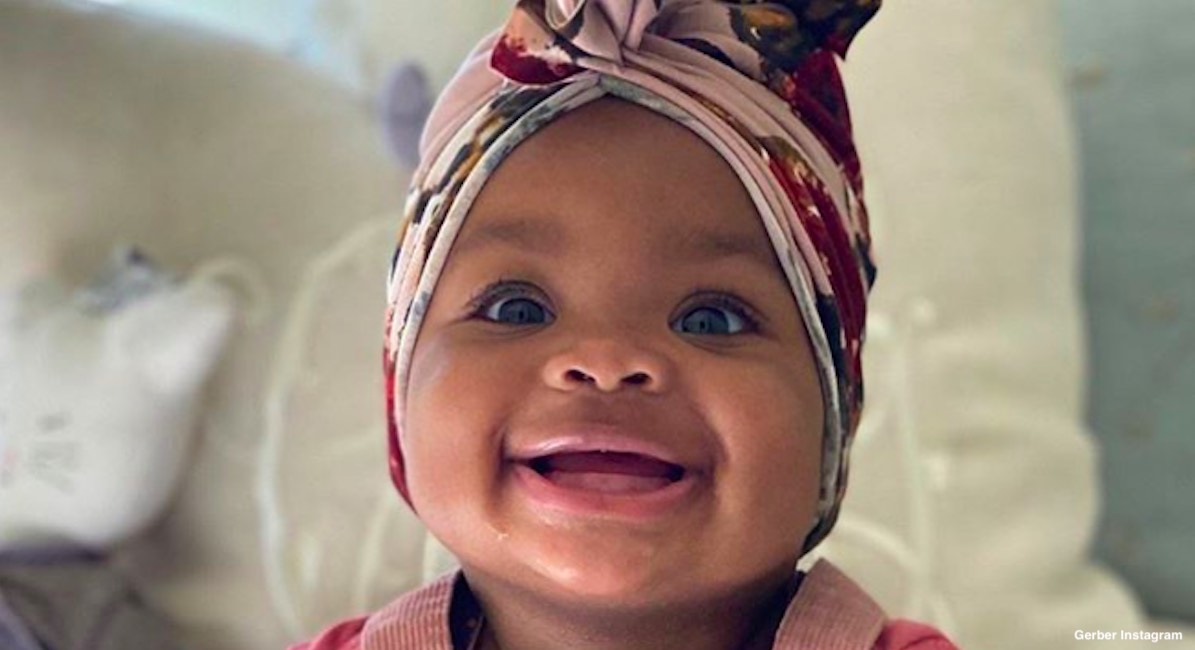 Magnolia Earl is just one year old, but she’s already become an overnight star. She’s the new face of the Gerber Baby campaign, a longstanding tradition for the company since 1928. What makes Magnolia so special is that she’s the first Gerber spokesbaby known to have been adopted. 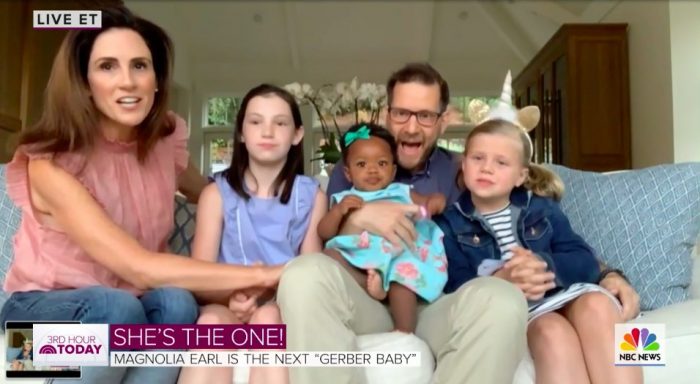 In recent years, Gerber has had other “firsts” with its campaign. In 2018, Lucas Warren, a little boy with Down syndrome, became the Gerber spokesbaby.

According to TODAY, Magnolia’s adoptive parents, Courtney and Russell Earl, have two older daughters – -Whitney, who is 12, and Charlotte, who is eight and was also adopted. The Earls, who live in California, are thrilled that Magnolia was chosen for the campaign, after being selected from countless photos sent in by families from all over. The family was awarded $25,000 and will also receive $1,000 from Gerber Childrenswear, along with other prizes. TODAY reported:

“This is incredible,” Courtney Earl said. “It means that when people see our families, or if you see a family that doesn’t necessarily match, that you don’t have to question the belonging of anybody in that family.”

“Mommy always says a family is built on love,” Russell Earl said. “We may all look different, but we’re one family.”

After having previously adopted Charlotte, the Earls brought home Magnolia a year ago after waiting six months for the phone call that she would be joining their family.

Courtney Earl told TODAY, “We celebrate adoption in our family every single day,” and acknowledged that “[t]he real hero in this story are Magnolia’s birth parents. They chose her life, and they sent her on this incredible journey.” The Earls and Magnolia’s birth parents have an open adoption arrangement, and are in regular communication. Her birth parents are reportedly very proud and happy that Magnolia is the new Gerber spokesbaby.

Earl added, “If you could hear the joy in their voice of how proud they are of this little girl. Together with them and our community and our family, we all this love this baby girl so much.”

READ: Meet Lucas, the first Gerber baby with Down syndrome

We'd like to welcome Magnolia to the @Gerber family as our 2020 Gerber Spokesbaby! 😍 Congratulations! 🌟 To meet Magnolia, visit the link in bio. 💕 #AnythingforBaby #GCWbaby #GerberPhotoSearch2020 #GerberSpokesbaby2020

A post shared by Gerber Childrenswear (@gerberchildrenswear) on May 8, 2020 at 7:27am PDT

Gerber announced Magnolia as the winner on its website, writing, “Magnolia’s joyful expression, playful smile and warm, engaging gaze captured our attention right away. Her sunny personality shone right through and melted the judges’ hearts, and we’re sure it will melt yours too!”

The Earls are just one of many families who have adopted children of a different racial background. This foster mom in Ohio recently made history by adopting her two boys over the Zoom teleconferencing website. Last year, the Sampsons adopted baby Ezra. Another adoptive family adopted three of their four children after their biological mother was unable to care for them.

These adoptive families are truly beautiful, and the Gerber company’s selection of Magnolia as their spokesbaby brings this amazing reality into the spotlight.