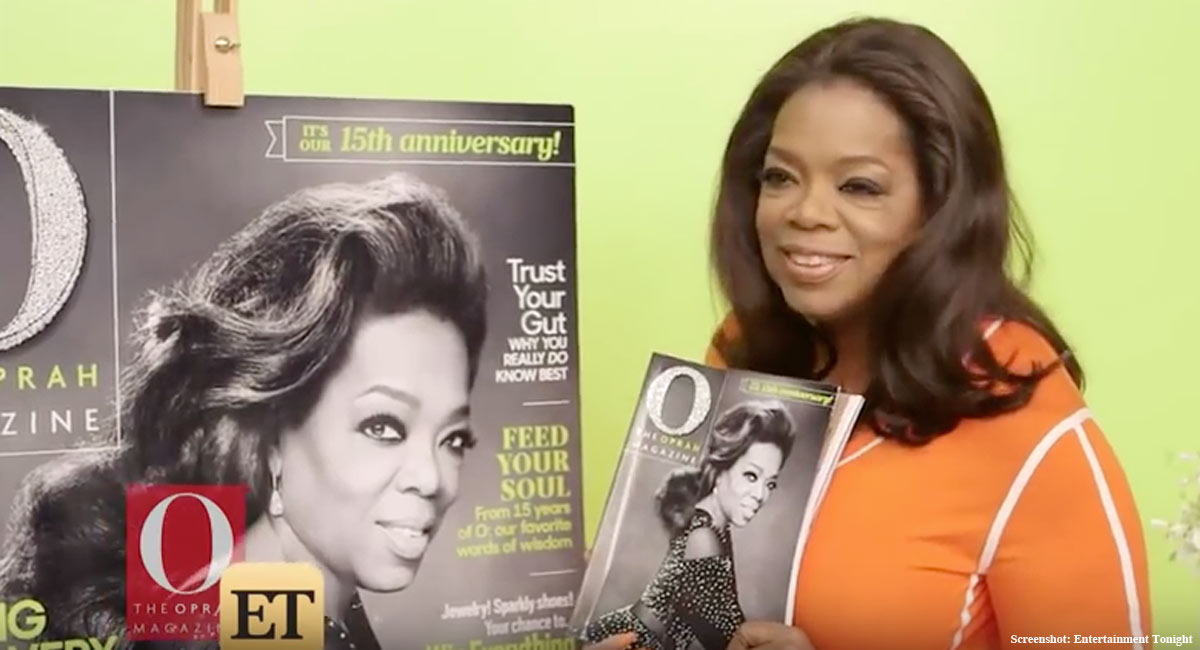 The “Inspiration” section of a magazine isn’t typically the place one would think to look for a story about being proud of killing one’s own child — but apparently, Oprah Winfrey’s “O” Magazine feels otherwise. CNS News reports that in the magazine’s July 2018 issue, Amelia Bonow, founder of the #Shout Your Abortion movement, shares her story of unintentionally sparking the movement by sharing her “nearly inexpressible level of gratitude” to Planned Parenthood for her abortion on social media.

In the story, also published online at Oprah.com, Bonow states that since her teens, she had been a longtime supporter of Planned Parenthood “and of women’s reproductive freedom in general.” And, predictably, when she became pregnant, she turned again to the same organization that, as a teen, she had turned to for her “sexual and reproductive healthcare.” In Bonow’s story, Planned Parenthood is made out as some sort of savior, when the truth is, Planned Parenthood gives teens dangerous sex advice and even returns minor victims to their abusers:

Bonow claims she “wasn’t ashamed” of her abortion and that she didn’t tell anyone about her abortion because she’d “internalized the stigma” society supposedly has against abortion. But Bonow then contradicts herself, claiming that “nearly one in four women” has aborted, and that “95 percent [of them] have reported feeling that it was the right decision.” If so many women have aborted and pretty much nobody regrets anything (or so she says, with no links to support her assertions), then how can Bonow blame her silence on this so-called, elusive, societal “stigma”? She does it by claiming that “[a]nti-choice politicians have dominated the dialogue because many people think they don’t know anyone who’s had an abortion…. [but] all sorts of people have abortions, including people you love.”

Contrary to what Bonow seems to be stating, the pro-life movement is filled with an incredible number of women who have had abortions — and regretted them. They lead pregnancy resource centers and pro-life organizations and reach out to women on abortion facility sidewalks… and on and on. Many of them speak the truth about how they were pressured or coerced, how they were lied to by the abortion industry, and how — despite feeling relieved at first — they realized months, years, or even decades later, that their abortion decision affected every other part of their lives in some way. And not typically for the better.

READ: Can you be a pro-life feminist?

Bonow adds, “The anti-choice movement wants it to be terrifying to speak the truth, because we can’t advocate for something we can’t say out loud.” What “truth” is this she’s referring to, exactly? Surely not the actual facts: that abortion kills a very real, developing human being; that the abortion industry thrives on deception and coercion because aborting children is highly lucrative; that you cannot kill your own child and remain unaffected.

If you want to see what abortion actually looks like — to really see the truth, not wrapped in the rhetoric of “women’s rights” — click here at your own risk. Below is a less graphic video explanation of a typical abortion procedure done between 13 and 24 weeks of pregnancy (by 21 weeks, it is possible for these babies to survive outside the womb with medical intervention):

Sadly, Oprah Winfrey’s ‘O’ Magazine isn’t giving women the whole truth about abortion. Instead, it’s giving a platform to a woman who is promoting killing as an empowering social good for women. Women deserve better than lies and spin.