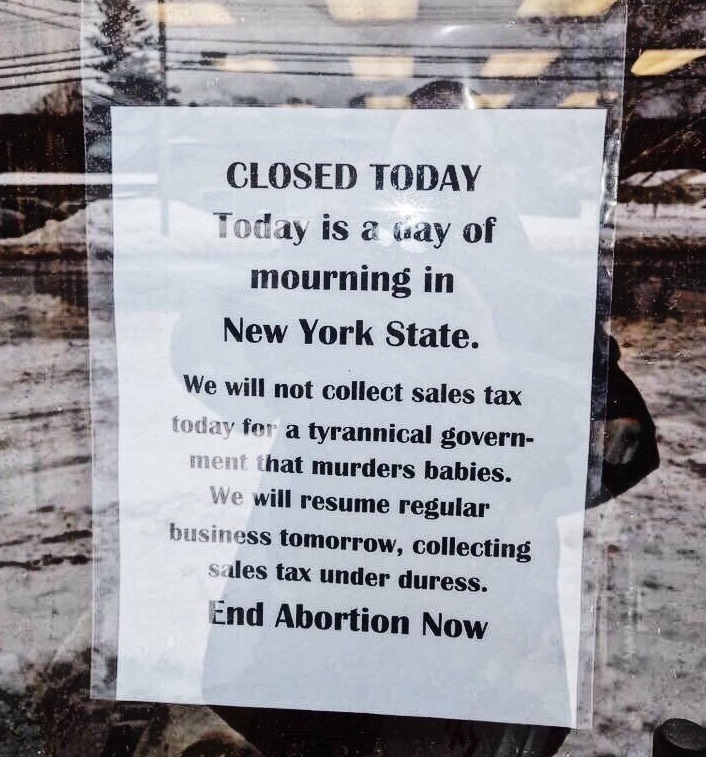 UPDATE, 1/25/19: Store owner Jon Speed says his bookstore, The Book Scout in Syracuse, has been flooded with orders from the pro-life community since this story published: “This is a sheet with the over 400 orders we have received in the past 48 hours.” 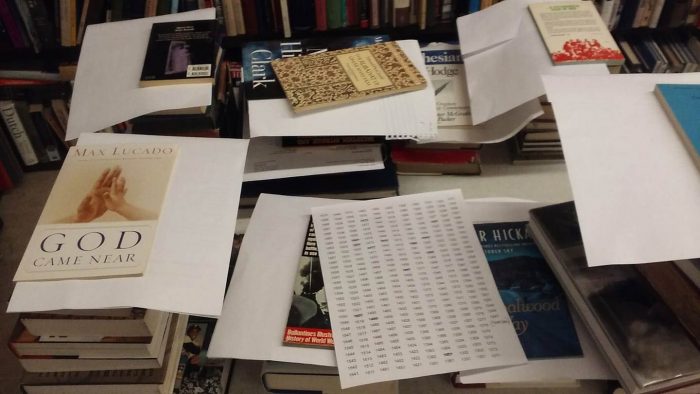 1/23/19: One small business owner in New York is making headlines for his stance against New York Governor Andrew Cuomo’s Reproductive Health Act, which was made official on the 46th anniversary of the Roe v. Wade decision legalizing abortion throughout the United States. The Act, as previously reported by Live Action News, “expands abortion for virtually any reason through the third trimester” even allowing abortion on viable babies for financial reasons. Insurance carriers will now be required cover abortion and non-physicians may commit abortions. The law even rescinds protections for babies born alive during an abortion, and will not treat preborn victims of violence as homicide victims.

Jon Speed, owner of The Book Scout in Syracuse, expressed great sorrow over the governor’s decision and chose to close his bookstore. He posted a sign that reads, “CLOSED TODAY. Today is a day of mourning in New York State. We will not collect sales tax today for a tyrannical government that murders babies. We will resume regular business tomorrow, collecting sales tax under duress. End Abortion Now.” 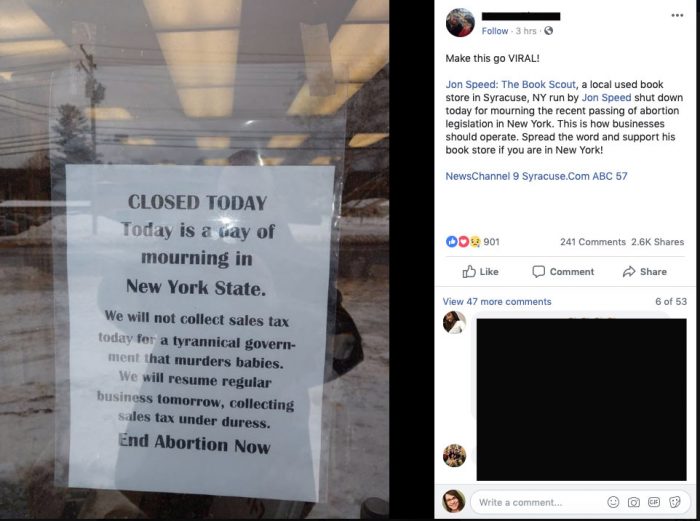 Speed told Live Action News that his motivation for posting this message “was simply to make an impact with our customer base. It is a statement of my disgust with NY’s new law. My prayer for them all is their repentance and faith in Christ. Their hearts must change if their minds will change.” 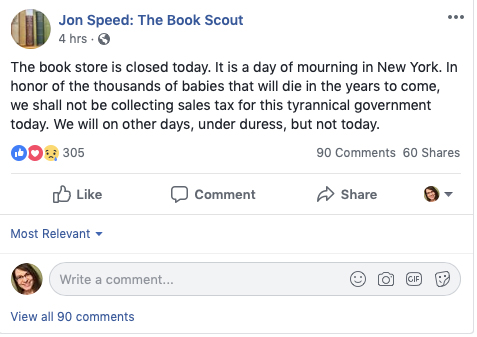 In a following Facebook post, owner Jon Speed shared a link to “Babies are Murdered Here,” a pro-life documentary he says he helped to co-produce.

You can leave comments of encouragement on The Book Scout’s Facebook page.