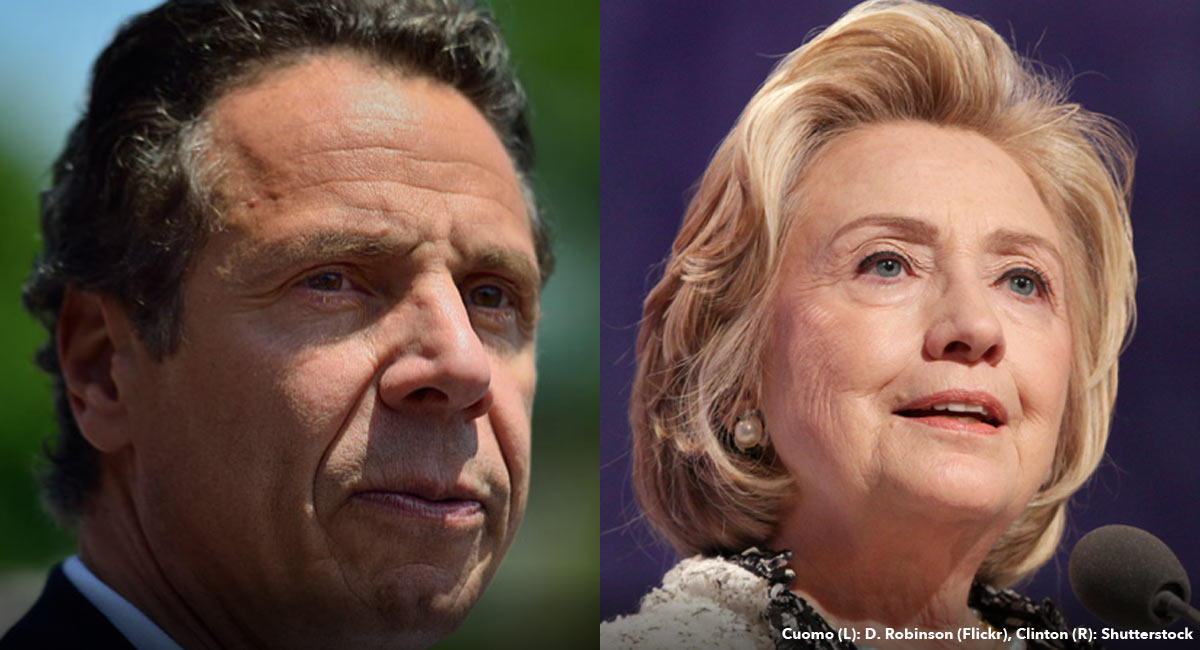 At a rally this weekend in Manhattan, New York Governor Andrew Cuomo — appearing with former presidential candidate Hillary Clinton — promised to expand abortion rights for New Yorkers, codifying them into the state constitution and making abortion as difficult as possible to repeal. Proponents claim the Reproductive Health Act, first proposed by disgraced Governor Eliot Spitzer in 2007, would simply reflect current Supreme Court rulings on abortion. However, the proposed law would be far more extreme than simply enshrining abortion as a constitutional right in the state of New York.

It would require all insurance carriers to cover abortion and would also allow for non-physicians to commit abortions, repeal protections for babies born alive during an abortion, and rescind protections for babies who die in the womb as a result of domestic violence. It also expands abortion for virtually any reason through the third trimester. The move comes as a majority Democrat state Senate is sworn in following the 2018 midterm elections.

This year I am calling for a Constitutional Amendment that writes into the NY Constitution protection for a woman’s right to control her own reproductive health. In this crazy political environment, we can’t take Roe v. Wade for granted. #RHAin30Days

Clinton also addressed the crowd, proudly referencing New York’s history as home of Planned Parenthood’s first location. “Our right to make the most deeply personal decision is facing the most significant threats in recent memory,” she said, according to Townhall. “This administration has rolled back access to reproductive health services at home and around the world and proposed cuts to international health development and diplomacy that put both women’s lives and our national security at risk.”

In order for a constitutional amendment to pass, a bill must be sponsored by members from both the Senate and the Assembly. After clearing committees and a vote in both chambers, the bill does not immediately go to the governor for signature. Instead, the bill must pass again through the next regularly elected legislature. If passed a second time, the bill is put on the state ballot as a referendum, where the proposal must earn majority support. If successful, the measure becomes a constitutional amendment.

Cuomo urged that the measure be passed within 30 days of the opening of the legislature on January 9th. Leaders in both chambers expressed confidence the measure could be passed, with some pushing for the symbolic date of January 22nd, which marks the 46th anniversary of Roe v. Wade, which legalized abortion nationwide in 1973.