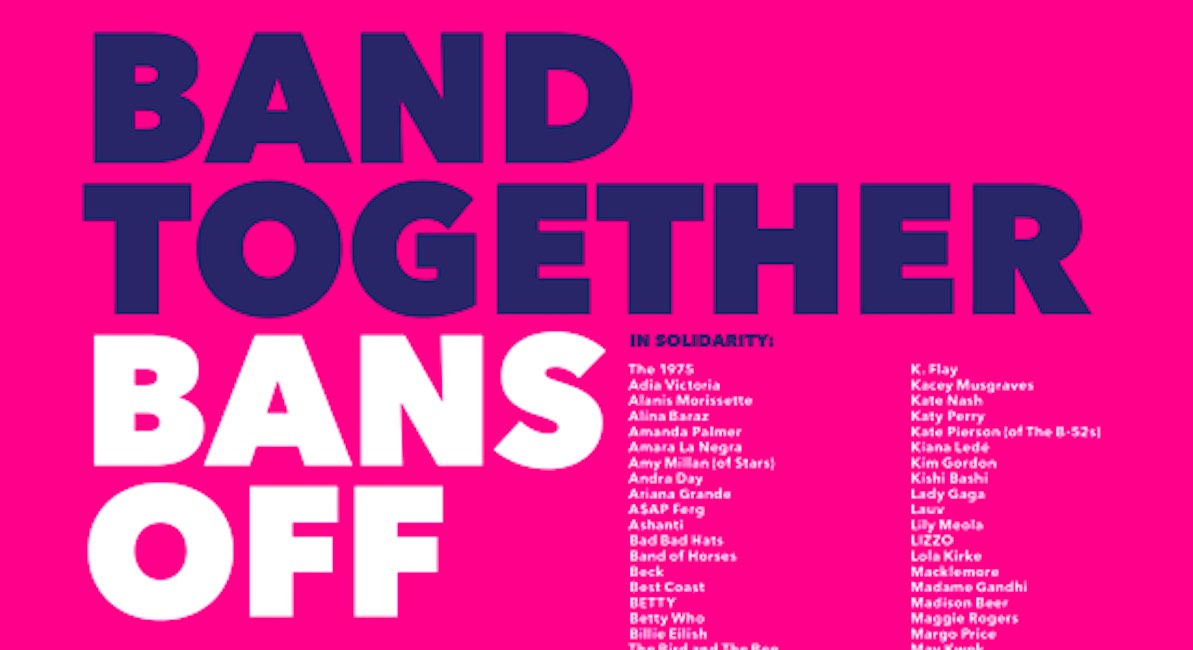 Over 140 artists, including Ariana Grande, Lady Gaga, Miley Cyrus, and other well-known pro-abortion musicians and performers have signed on to yet another Planned Parenthood campaign.

“Band together, bans off” is Planned Parenthood’s latest attempt to raise attention and money since the abortion giant rejected nearly $286 million in in Title X funds earlier this month. A giant ad in the August 24th edition of Billboard featured the names of the musicians, including John Legend, Nicki Minaj, Demi Lovato, Megan Trainor, Macklemore, Billie Eilish, Beck, G-Eazy and HAIM.

Many of the celebrities who signed Planned Parenthood’s cash-grabbing ad are already well-known for their support for abortion. Ariana Grande donated the profits from her Atlanta concert to Planned Parenthood back in June. Pussy Riot, once known for their attention-grabbing stunts, tweeted about the measure with a picture of a stack of coat hangers. Earlier in the year, Miley Cyrus posted a picture on Instagram of her licking a cake bedazzled with the phrase “Abortion is healthcare” in sprinkles, a design which she allegedly stole from a smaller baker. In short, this is the same old, same old from the list of the usual suspects.

Our bodies are our own. If they are not, we can not be truly free. Or equal.

Join us & @ppfa @ppact — sign the petition & tell politicians to get their #BansOffMyBody:https://t.co/sN2wtDmacJ pic.twitter.com/CILxLdKejw

The Billboard ad has all the usual deceptive abortion buzz words: “Freedom is at the foundation of music. Through music we have the power to create, to be as we are as individuals, to speak and live our truth. Access to sexual and reproductive health care is about that same freedom. Because no one is free unless they control their own body. Right now our bodies are under attack in this country. Sweeping bans on access to safe, legal abortions are stripping away our freedoms. Now is the time to band together and say keep your bans off our bodies.”

Nearly 140 musicians have banded together to tell lawmakers: #BansOffMyBody! Add your name to the petition and sign alongside artists and musicians here: https://t.co/jJNOEHocfr pic.twitter.com/uIo8L9wrdf

In a statement, acting Planned Parenthood CEO Alexis McGill Johnson said everyone needs to “fight back” against the “bans” being enacted across the country. “These bans do not represent the will of the American people, which is why so many powerful, diverse voices are speaking out against them,” she claimed, according to Broadway World, ignoring the fact that most Americans want restrictions on abortions, support heartbeat bills, and don’t want their tax money to pay for abortions. Billie Eilish put out her own press release at the opening of the campaign, as well, saying without any apparent irony, “Every person deserves the right to control their body, their life, and their future.”

The music industry’s outrage at legal protections for unborn babies comes after Hollywood threatened Georgia for its pro-life laws, and after a variety of corporate CEOs came out with a letter proclaiming pro-life protections to be “bad for business.”

Planned Parenthood hopes to raise a half million signatures on a petition calling for the end of “abortion bans” by the 47th anniversary of Roe v. Wade: January 22nd, 2020. The campaign will also have a presence at a variety of concerts and music festivals, no doubt to continue to spread lies under the guise of education about legislation, and about fetal development, women’s empowerment, and the false “bodily autonomy” argument for abortion.