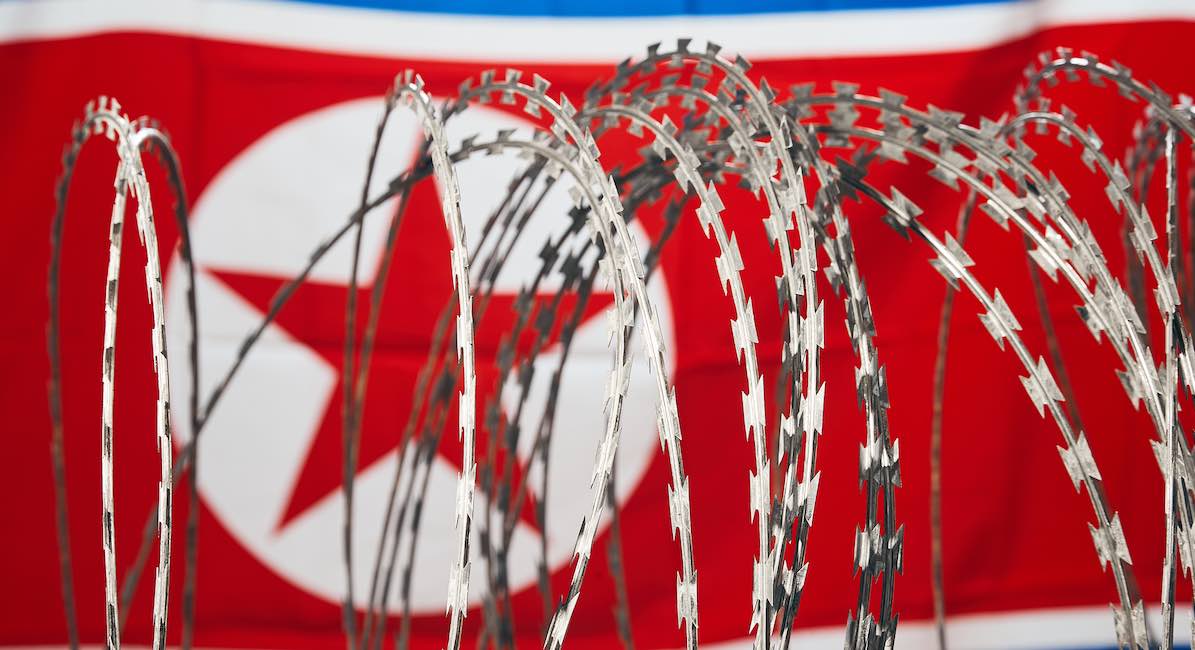 A new report detailing human rights and international law violations in North Korea has found that defectors were put into prison, where they faced unspeakable horrors. Those imprisoned were subjected to beatings, torture, sexual violence, and forced abortions — experiences previously reported by women serving in the North Korean military.

Over 200 people contributed to an investigative database compiled by Korea Future. One of them was Lee Young-joo, who tried to escape North Korea in 2007. She was caught in China and sent back, where she was imprisoned. Young-joo told the BBC she was made to sit cross-legged, with her hands on her knees, for 12 hours each day, not allowed to move. Even whispering to other cellmates would cause prisoners to be beaten, and they were given very little water or food.

“I felt like an animal, not a human,” she said.

At one point, Young-joo took a chance and whispered to a cellmate about trying to escape. “We would talk about plans for another defection, plans to meet with brokers, these were secretive talks,” she recalled. “The guard would ask me to come to the cell bars and put out my hands, then he started beating my hands with a key ring until it got all bloated and blue. I didn’t want to cry out of pride. These guards consider those of us who tried to leave North Korea as traitors. You could hear others getting beaten because of the cells sharing this corridor. I was in cell three but I could hear beatings from cell 10.”

Saerom, another woman held at Onsong Detention Centre with Young-joo, confirmed the stories of beatings. “They beat your thigh with a wooden stick. You walk in but you crawl out. I couldn’t look at other people being beaten and if I turned my head away they would make me look at it. They kill your spirit,” she said. “If there is a way, I want them to be punished.”

In addition to the testimony from survivors, Korea Future created a 3D visualization of the prison system (see above), allowing people to get a better idea of the inhumane living conditions there. In addition to beatings, others witnessed horrifying acts of murder. “In every interview we conduct, we witness how this has impacted human lives. One interviewee cried as she recounted witnessing the killing of a newborn baby,” Korea Future co-director Suyeon Yoo told the BBC.

Many female survivors said they were victims of rape and other instances of sexual violence, with others forced into abortions. At the North Hamgyong Provincial Holding Centre, one survivor said she witnessed another detainee forced into an abortion at eight months pregnant; when the abortion failed, the baby was drowned in a bin of water.

Late last year, a woman detailed undergoing a forced abortion while serving in the North Korean Army, after being sexually assaulted. “A military surgeon was already waiting for me,” she said. “He performed an abortion on me without anaesthesia – it still haunts me today. Because of that experience, not only do I still struggle mentally, but I’m also not able to have children. So even now, it’s difficult for me to have a good marriage. The shame I felt back then still haunts me and will continue to do so.”

Altogether, these reports make it clear that systemic human rights abuses are continuing to take place in North Korea, with little-to-no repercussions from the rest of the world.