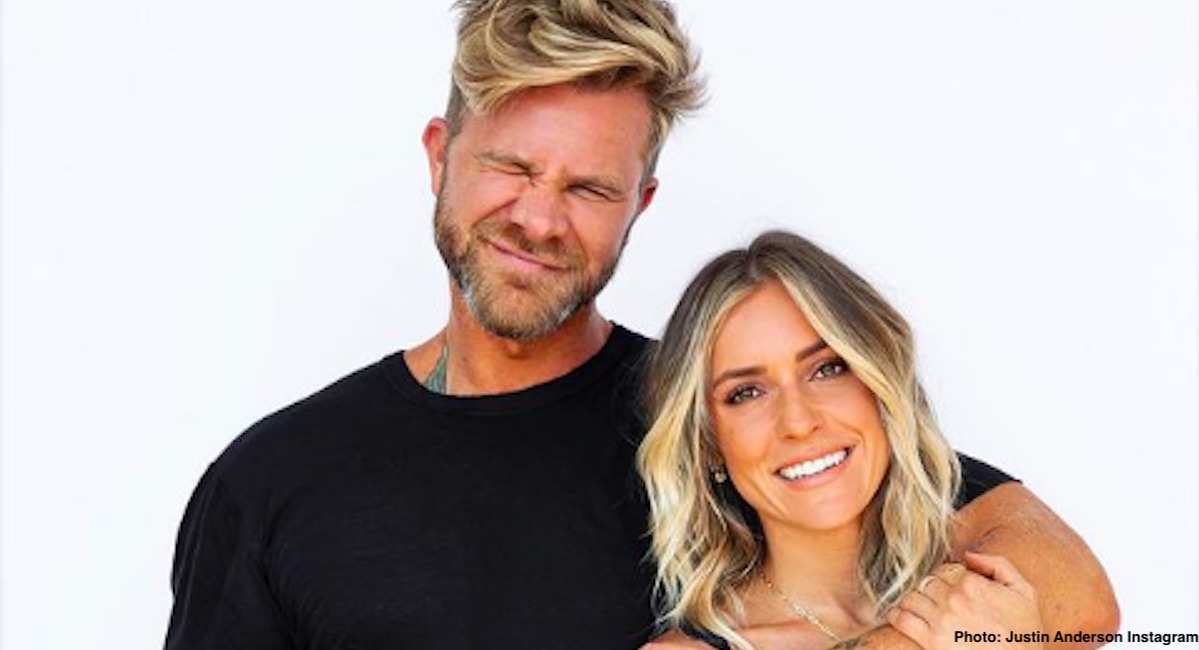 Celebrity hairstylist Justin Anderson, alum of the reality TV show “Very Cavallari” with Kristen Cavallari, recently opened up during a podcast about placing his son with an adoptive family in an open adoption when he was in college. Anderson, now 40, and his high school sweetheart Debbie, became pregnant during Anderson’s freshman year of college.

On the December 15th episode of the “Scissoring Isn’t A Thing” podcast, Anderson recalled, “When I went to college, she came to visit me one time… and she got pregnant. I come from one of those families that, obviously, the religious stuff, and her the same thing, so there’s no talk of abortion and all that kind of stuff — we’re going to have the baby. We had the baby, put the baby up for adoption. We picked the parents. It was an open adoption so we found this beautiful couple… we found the parents that we absolutely loved. We had our son Tyler. I was in the hospital room. I’m 18, by the way. We hand our baby over to the family. And I drive back to college by myself and life goes on.”

According to Anderson, years later, Tyler reached out to him via Instagram direct message. The two first got to know each other over phone calls and texts and eventually reconnected in person. “My family, his family, we all meet up for dinner. He has the most beautiful, sweetest, kindest family. They raised him so well.”

Anderson received many positive responses from supporters as well as adoptees and adoptive parents after telling his story. According to Us Weekly, Anderson wrote in a December 16th Instagram post, “I feel like I’ve got a solid group of buddies enjoying the ride here with me. I root people on, I try to make people laugh and I try to make everyone feel included here on Instagram, but I’m gonna be open and honest and say that I wasn’t prepared for yesterday’s emotions. To the people showing love and support — thank you. To the people sharing their own stories of adoption — I appreciate and respect you.”

Adoption is not easy for anyone involved, but it is a loving alternative to abortion. Live Action News recently shared some of our favorite adoption stories and adoption reunion stories of 2020. Unfortunately, common myths about adoption persist. Read more about those myths and the truth here.