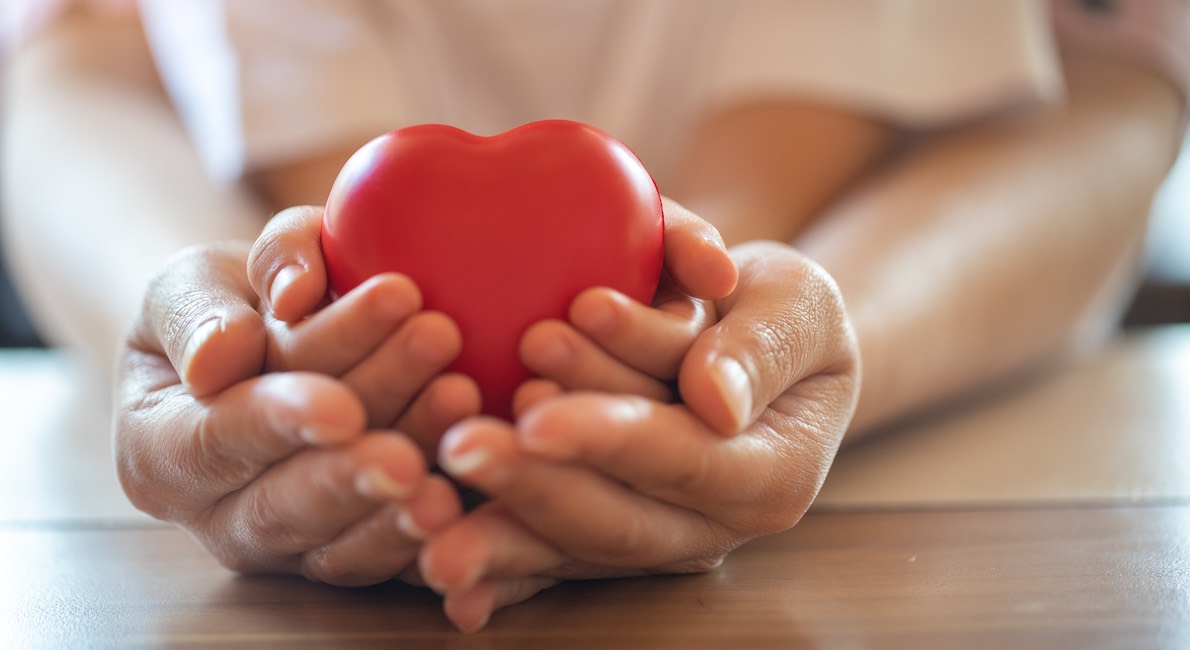 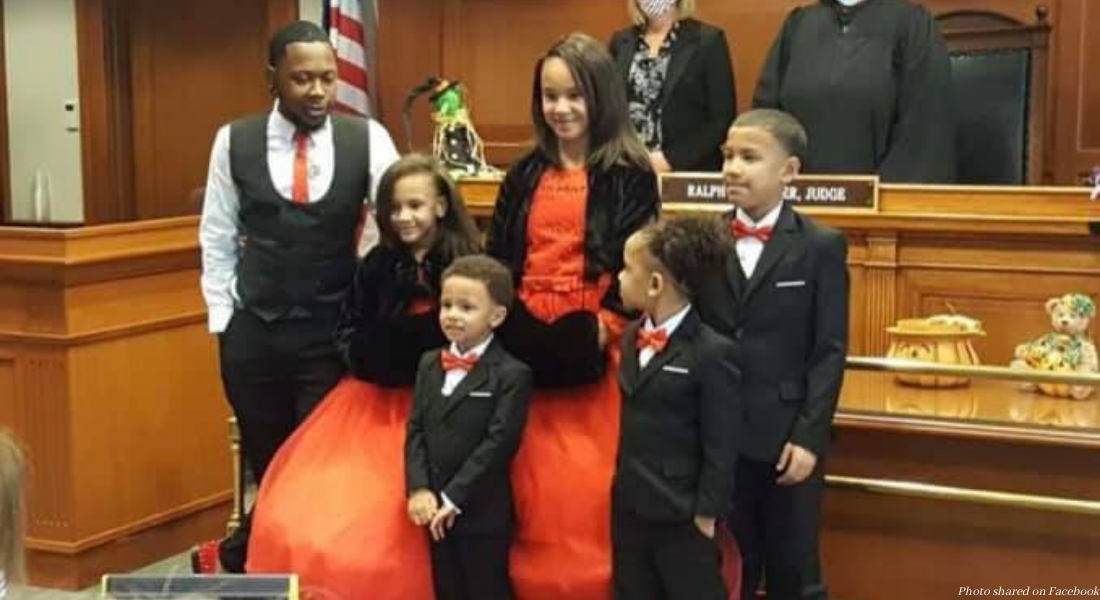 Former foster child Robert Carter entered the foster care program when he was 12 years old, and was unable to see his siblings for years. Once he was emancipated, he was awarded custody of his younger brother and sister, but the experience in the foster care system, away from them, left its mark. He didn’t want other children to be kept away from their siblings like he was his.

It was this compassion that led Carter to adopt five siblings in 2020: Marionna, Makayla, Robert, Giovanni, and Kiontae. The siblings had been split between three different foster homes, but Carter reunited them. He was the only foster parent willing and able to adopt all five of them, and he and the other foster parents worked to reunite the siblings after six months apart. Their emotional reunion sealed the deal for him.

“I understand how they feel,” he said. “I understand what they went through, so it really touched me. I was already thinking about adopting all of the kids but when I saw them crying, I was like, ‘Ok, I’m going to take all five to keep them together.'” 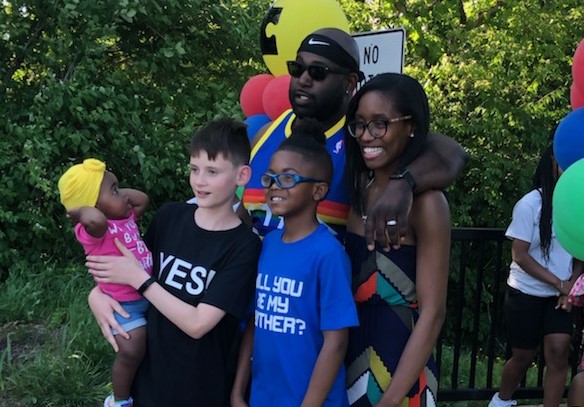 Andrew was removed from his parents’ custody along with his four siblings. While his siblings were all adopted, he wasn’t. His foster parents Kevin and Dominique Gill were caring for him and he and their son Joc became best friends. After two adoptions fell through for Andrew, the Gills realized he was meant to be their son.

“From the beginning, Andrew has always said, ‘Thank you for accepting me,’ ‘Thank you for not giving up on me,'” said Dominique. “People would read his file and get scared away. But I knew he was a good child who had experienced a lot of trauma.” 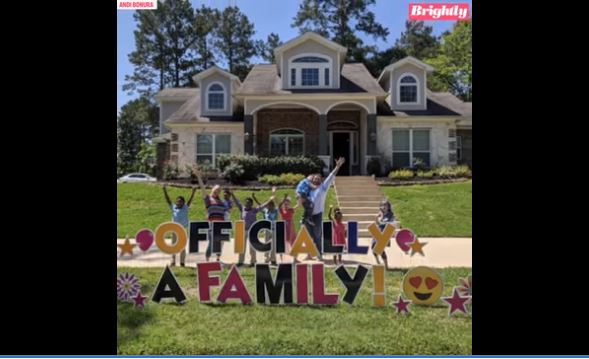 Thomas and Andi Bonura struggled to conceive children. When twins Eli and Joey were born at 25 weeks, they lost Eli and Joey was diagnosed with cerebral palsy. They later welcomed two daughters, Sadie and Daphne, both born prematurely, and then experienced another miscarriage. Still wanting to fill their home with more children, they became foster parents.

The couple was quickly paired with a child named Bryson, but he had four siblings from whom he was separated. Soon, they were able to adopt two of Bryson’s siblings: David and Gabrielle. But their older twin brothers were only coming for visits, and soon they were asking if they could live with the family too.

“One day we got a call saying, ‘[The parents] are terminating rights. Do you want them?” said Bonura. “We said yes.” The siblings were finally officially together.

“These are their brothers and sisters and there’s no argument. The kids have been through a lot but they’re the sweetest. They’re amazing — and resilient,” Bonura explained. “They’re fun to be around and they’re the greatest kids. God’s hand was in it. Our family is complete.” 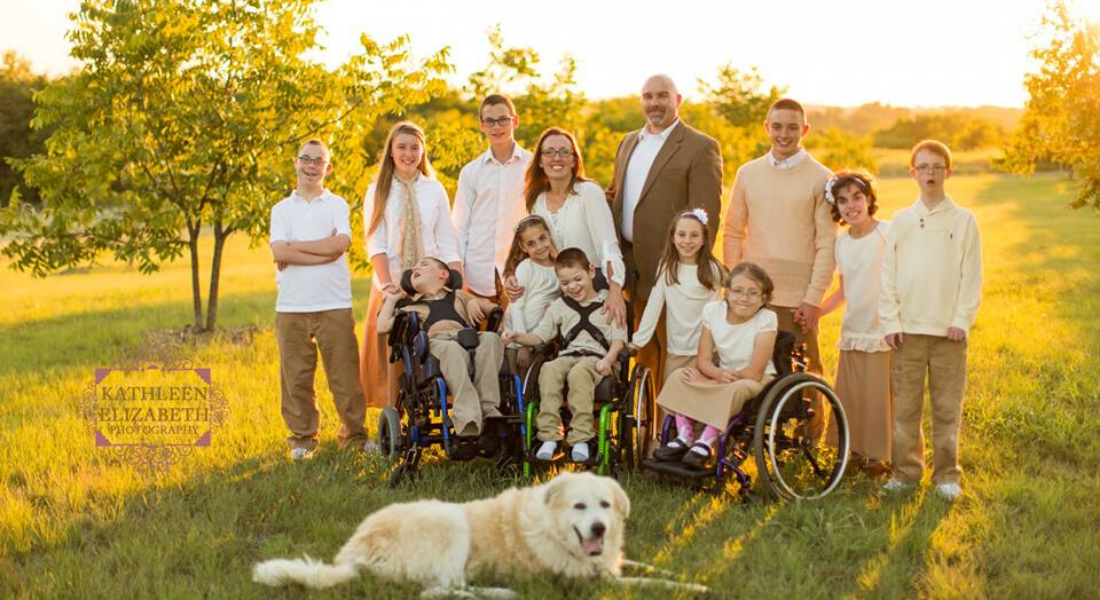 Sean and Jill Martin, biological parents of two, have adopted nine children from foster care. Though Sean wasn’t initially on board with adoption, he soon felt like God was leading them to adopt through foster care.

“As we learned more about adoption and all of the different types of adoption, we focused on kids who had special needs who were in the foster system,” he told Live Action News. “Who was going to adopt them? We knew we would.”

Though their children had suffered trauma and struggled with attachment issues, the couple pushed forward, helping them to heal. Adopting from foster care can be intimidating, but the Martins want to encourage others to face those fears and try.

“We have also see our kids overcome obstacles that they thought were impossible,” said Sean. “We have seen healing from trauma begin to happen and glimpses of joy in their lives.” 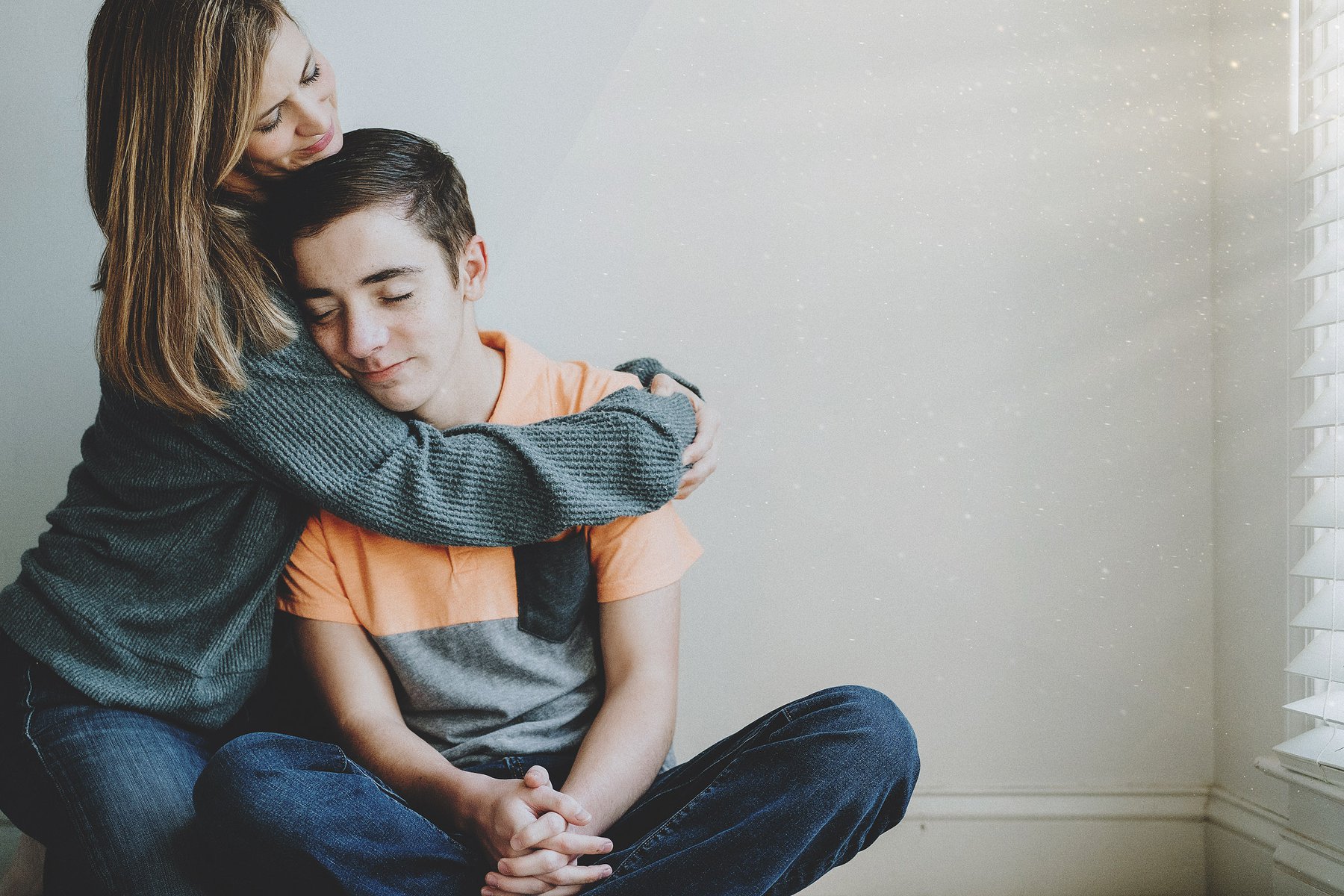 Paraprofessional Tricia Yoder had met a 13-year-old student named David, and though she didn’t work directly with him, she spent time with his class at recess. He had a speech delay and a developmental disability, but no official diagnosis. Then one day she learned David was going to be placed for adoption, and she didn’t hesitate. She and her husband immediately decided to adopt him into their family.

After classes, paperwork, and talking to their three children, David began visiting with the family and he learned to become more independent. Yoder decided to run genetic testing and was finally able to get a diagnosis for David. By focusing on one skill at a time, David moved from a self-contained class to a regular classroom for math and reading.

Before the adoption, social workers believed David would be put into a facility when he turned 18, but now he has a home and family forever. Though Yoder has done a lot to help David, he has given them much as well. “We are better because of him,” she said.

Adoption — like parenting biological children — comes with its own challenges. But children need solid and loving families, and these parents have happily provided that.