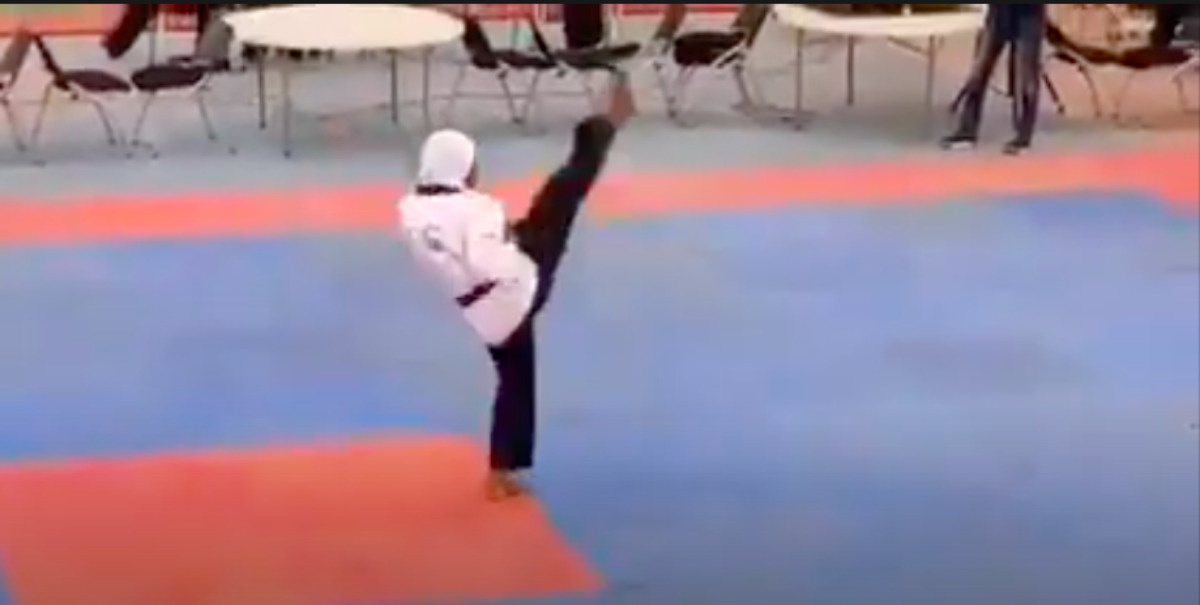 A Nigerian woman has won a gold medal in Taekwondo at the ongoing National Sports Festival while eight months pregnant, proving that women are capable of achieving their goals while pregnant and parenting.

“It’s such a privilege for me,” said Idrees. “I just decided to give it a try after training a couple of times… It feels really good. Before I got pregnant, I have always enjoyed training, so it didn’t seem different with pregnancy.”

While the event organizers celebrated her achievement, there were some on social media who criticized Idrees, calling her participation in the sport at eight months pregnant “rather sickening.”

However, Idrees’ doctor approved of her participation in the non-contact sport and the organizers of the games also gave her the go-ahead.

“She was certified and cleared to participate,” said Philip Shaibu, chairman of the organizing committee of the National Sports Festival. “She had also been training for months prior to her participation in the tournament.”

Idrees told CNN that her critics simply aren’t aware of the different forms of Taekwondo, including Poomsae. She sees this win — and the controversy surrounding it — as a teaching opportunity.

“A lot of people don’t understand what Taekwondo is actually about,” she said. “I feel this is an avenue to educate people about this. Taekwondo has two branches: the combat sport and Poomsae — which is a form of exercise… just displaying the hand and leg techniques in Taekwondo. I participated in the Poomsae event.”

Regardless of her level of participation in the sport, critics seemed to turn a blind eye to the approval Idrees received from her doctor and in doing so exposed hypocrisy that exists concerning pregnancy. The quickness at which people were willing to criticize Idrees speaks to a large problem in society: people speak harshly of women who play sports or take certain food or drink while pregnant, yet simultaneously celebrate women who have abortions at any point during pregnancy and considering killing preborn human beings to be a private decision between a woman and her doctor.