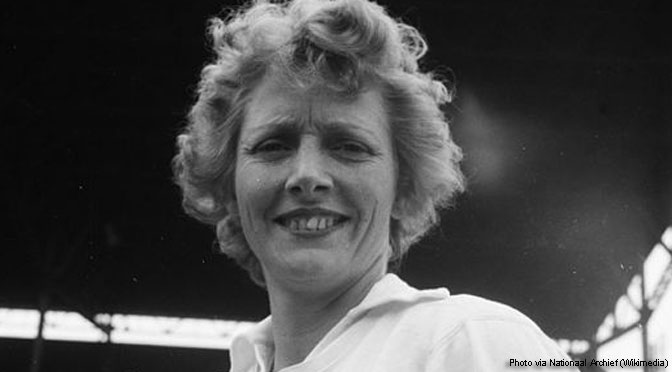 Did you hear about the pregnant mother who made Olympic history? Probably not.

Even though the Rio Olympics are over, people are still marveling at the results and some of the new records achieved. Reflecting on these amazing feats, it’s worth noting the beautiful stories behind the athletics, the stories of how the record breakers got to Rio. From Simone Biles’ adoption story to Missy Franklin’s tear-jerking letter to her parents, from the birth of Michael Phelps’ son to the story of Sarah Brown who gave up her Olympic dreams for her daughter, there are so many incredible stories this year.

But, of course, 2016 isn’t the first time athletes have had heartwarming stories and broken world records. What can we learn from Olympic history?

There’s one example particularly worth noting for the pro-life community: the story of a mother who set the standard for female athletes. Yet to be matched in her towering success, Fanny Blankers-Koen set records with her performance in the 1948 London Olympics. The Dutch track athlete left her mark on Olympic history and the women’s movement. Not only was she the first woman to win four gold medals, but she also accomplished this as a married mother, practically unheard in the mid-20th century. What almost no one knew at the time: when Fanny won her medals she was almost three months pregnant with her third child.

Fanny was born in 1918, and competed in the 1936 Olympics. She didn’t win any medals, but made a great start to her running career. The 1940 and 1944 Olympics were canceled due to World War II, so Fanny’s next chance to race for Olympic gold didn’t come until the London games in 1948, by which time she was 30 years old, a married mother of three.

Despite pressure not to compete, Fanny sprinted and hurdled her way to four Olympic gold medals, more than any woman before her. She might have even won more, but rules at the time only allowed women to compete in three individual events. She was “untouchable” in every event she competed in: the 100m, 200m, 80m hurdles, and a team relay. Despite her phenomenal success that signaled the rise of female athletes on the international stage, many people almost forgot Fanny, the so-called “Flying Housewife.” Thankfully, in 1999, the International Association of Athletics Federation voted Fanny Blankers-Koen the female athlete of the century. The Netherlands boasts two statues in her honor. When the Olympics returned to London in 2012, history buffs again recalled Fanny’s success, yet unmatched by any female athlete.

But chances are you’ve never heard of her. In a time when women are told that they must choose between success and motherhood, Fanny Blankers-Koen is a tremendous example of what women can achieve.

As we remember the triumphs of the Rio Olympics, let’s not forget the amazing athletes who came before.