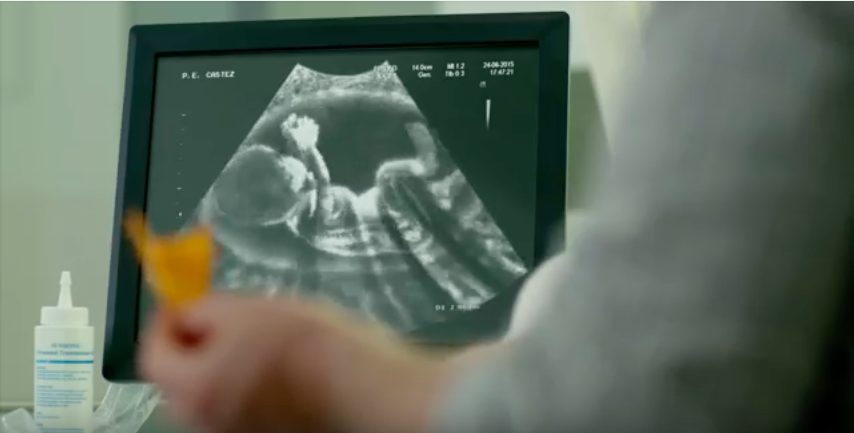 The most interesting thing about NARAL’s freakout over the Doritos Super Bowl commercial depicting a hungry baby on an ultrasound is how few of their own allies wanted to join them in bashing the ad’s “#antichoice tactic of humanizing fetuses.”

Sure, there were tweets of agreement from pro-abortion viewers, and a variety of news stories that painted the ad as generally unseemly (“‘WTF.’—everyone,” “f’ing weird,” “Making Us Rethink Ever Eating Doritos Again”), but no major commentary from the movement’s usual pundits or websites backing up NARAL’s complaint that putting an ultrasound on a TV screen is intrinsically wrong. The closest anybody came was one tweet from Planned Parenthood Action, and even that was just a broader objection to “sexist #SB50 ads.”

Most of them, it seems, have the good sense to understand that there is no public-relations upside to politicizing something that was not a commentary on abortion in any way, or going out of their way to associate abortion with a pregnancy so far along that the baby was about to be born (as Mollie Hemingway puts it at the Federalist, “What the hell? Aborting a baby who just exited the womb in order to have a Dorito chip is called infanticide”).

This wasn’t an anti-abortion use of an ultrasound, or an ultrasound early enough in pregnancy that there’s any ambiguity to the image. This was just the ultrasound of what appears onscreen to be a nearly full-term baby, the kind of image seen by most of the parents in the audience (and one with an endearing connection to a real-life child, no less). To single it out as anti-choice propaganda does nothing but alienate people who don’t already think like them, by emphasizing the absurdity of pro-aborts’ denial of basic biology and detouring the cause of abortion away from feigned concern for women’s health, their strongest ground, and instead associating it with irrational fear and hatred toward the mere sight of a cute, innocent baby—lending credence to critiques such as Matt Walsh’s assertion that “when it comes down to it, abortion fans hate children,” or at least “hate or resent what the babies represent”:

To abortion lovers, children are grotesque symbols of the enslavement and subjugation of women. Radical pro-abortion militants may claim that they have nothing against women who choose to birth these parasites, but in their weaker moments, when their guard is down and they’ve been sipping a little too much Pinot while monitoring the big game for the faintest suggestion of anything even slightly unfeminist, their true feelings come out. They see a child in an ultrasound portrayed as a child — even in the context of an idiotic Doritos commercial — and they react with revulsion. It’s instinctive. It’s reflexive. Children are offensive to them.

So with the exception of NARAL, most of the abortion lobby has had enough restraint to avoid inviting that kind of inevitable backlash from normal people. But where does that leave NARAL? Just crazy?

Not exactly. While simple radicalism is surely the reason why they saw nothing untoward or self-defeating with condemning a chip company for showing an ultrasound on national television, blind, irrational hatred is probably not the only thing (maybe not even the primary thing) that inspired the tweet in the first place. No, in all likelihood, strategic desperation was at least as big a factor.

Abortion is most palatable when one is under the impression that there is no baby, just some inhuman, irrelevant tissue. If it doesn’t kill anyone, there’s no controversy. Abortion advocates know this is nonsense, but most of them also know that if they shifted to an honest “yes we’re killing, but here’s why it’s okay” argument like the bodily autonomy case for abortion, the public would instinctively reject it. So they’re stuck with an unsustainable lie.

They mostly get away with it, thanks to a complicit media that refuses to confront them on it. They fear ultrasounds for their power to expose the lie, but even when discussing state informed consent laws, they usually manage to shift the conversation to the supposed burden on the woman, and can take solace in the fact that the only people ultrasound laws expose prenatal images to are potential customers rather than voters.

But put the image of a live, adorable baby in front of 111 million viewers, many of whom don’t follow politics regularly and may not have made a conscious connection between abortion headlines and the identifiable life at issue, and suddenly NARAL’s got a public-relations nightmare on their hands. So from a certain depraved starting point, lashing out in hopes of discrediting the image would probably seem like the only logical decision.

Unfortunately for them, just because you’ve backed yourself into a corner doesn’t mean the only option you see is a good one. NARAL has only reinforced the inhumane public image they had hoped to deflect. So, pro-lifers, let’s keep the ultrasounds coming.