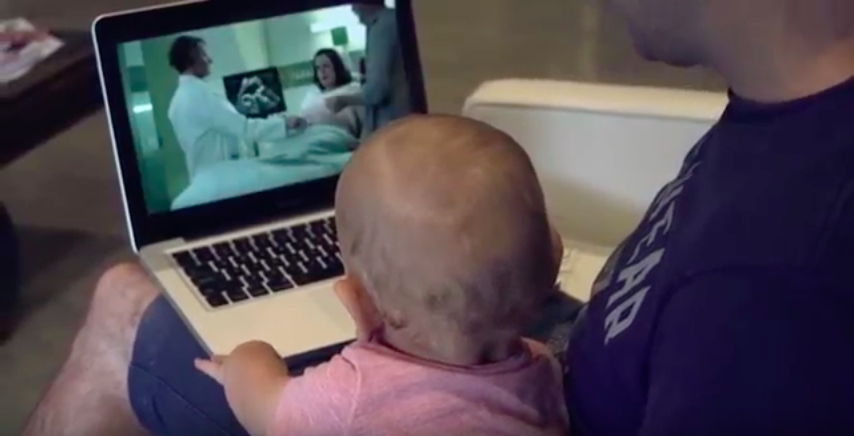 Culture surrounding the annual Super Bowl usually isn’t complete without some haggling over controversial advertisements as companies try to make the most of their $5 million half minute. But NARAL brought political correctness to a new low while live tweeting the football game…

(Cassy Fiano has extensively documented this and other absurd anti-life outrage that occurred in reaction to Super Bowl ads here.)

This cute, funny spot wasn’t the invention of a Doritos executive, however. For the past decade, Doritos has left their Super Bowl commercial fate to an audience-participation contest that challenges the wit and skill of many an independent filmmaker. Super Bowl 50 marked the finale of the Doritos contest tradition, and among the finalists whose ad made it to the screen was Peter Carstairs of Melbourne, Australia. Carstairs is a commercial filmmaker with Hollywood aspirations, and he saw Doritos’ Crash the Super Bowl contest as an opportunity to expand his horizons.

Peter recently had his second child, Freddy, who’s now nine months old. When he was with his wife getting an ultrasound during the pregnancy, an idea popped into his head – wouldn’t it be funny to have a little fun in the hospital room, where everyone is supposed to remain poised, calm and collected. The baby in the ultrasound image is Freddy himself – of course with the help of a little camera magic.

Just like some commercials use post-production effects to make babies appear to talk and do other grown-up activities for comedic effect, Peter’s studio friends used animation tools to make preborn baby Freddy appear to chase after Doritos. Here is a video from behind the scenes:

Humanity is endowed by the Creator, not computers. Freddy was not “humanized” by the post-production effects, he was simply portrayed to have a precocious taste for Doritos chips! Let’s not presume Carstairs was using any sort of political “tactics” when having fun with his craft in a filmmaking contest. How cool is it that Freddy can say his acting debut was in utero?