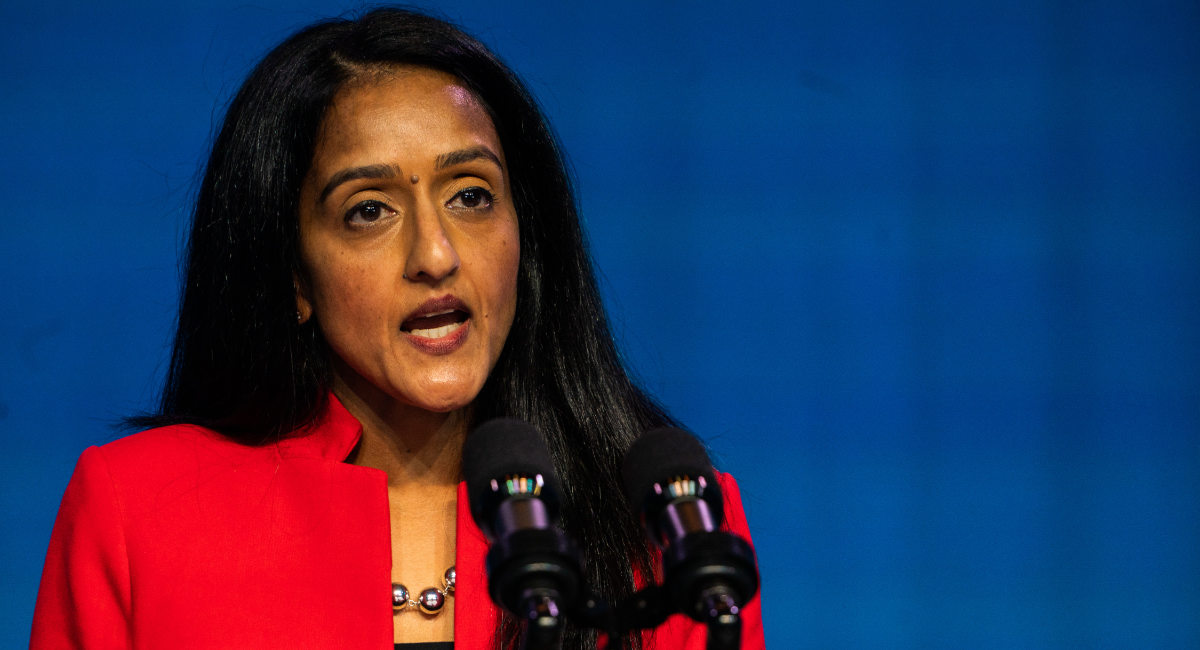 On a party-line vote of 51-49, the U.S. Senate confirmed Vanita Gupta as associate attorney general in the Biden-Harris administration on April 21. Gupta is former president of the Leadership Conference on Civil and Human Rights and served as the head of the civil rights division of the Justice Department under Obama from 2014-2017. But most significant to pro-lifers is the fact that she has a history of pro-abortion comments and will be in a position to promote abortion in her new role.

During her confirmation hearing, Senator Ted Cruz questioned Gupta: “As I look at your record on every single issue, the positions you’ve advocated for are on the extreme Left… On the issue of abortion — is there any restriction whatsoever on an abortion that you believe is permissible?”

“So you’re declining to answer that,” Sen. Cruz concluded.

When Cruz asked a follow-up question about whether Gupta believed the government could ban partial-birth abortion, she gave essentially the same evasive answer.

But her record fills in any blanks in the factual record Ms. Gupta’s answers may have left. In 2020, for example, she argued against the Little Sisters of the Poor at the Supreme Court, saying they should not receive an exemption from paying for contraceptives, sterilizations, and abortifacients on religious grounds. She claimed that women seeking contraceptives would be discriminated against in such a scenario and said, “Religious freedom does not create a license to discriminate.”

Also in 2020, Gupta re-tweeted Michelle Williams’s infamous, pro-abortion Golden Globes acceptance speech. And again in June of the same year, Gupta applauded the Supreme Court’s decision to overturn Louisiana’s Unsafe Abortion Protection Act in June Medical Services v. Russo, saying, “The Supreme Court reaffirmed today that every individual should have the right to make their own decisions about their health, their families, their lives, and their futures. This is a victory for tireless abortion advocates from Louisiana and around the country….”

The abortion advocacy group NARAL Pro-Choice America lost no time in congratulating Ms. Gupta on her confirmation, calling her “an unparalleled champion for justice and civil rights who will fight tirelessly for our fundamental freedoms.” Gupta joins a long line of Biden appointees who have either worked in or received support from the abortion industry.