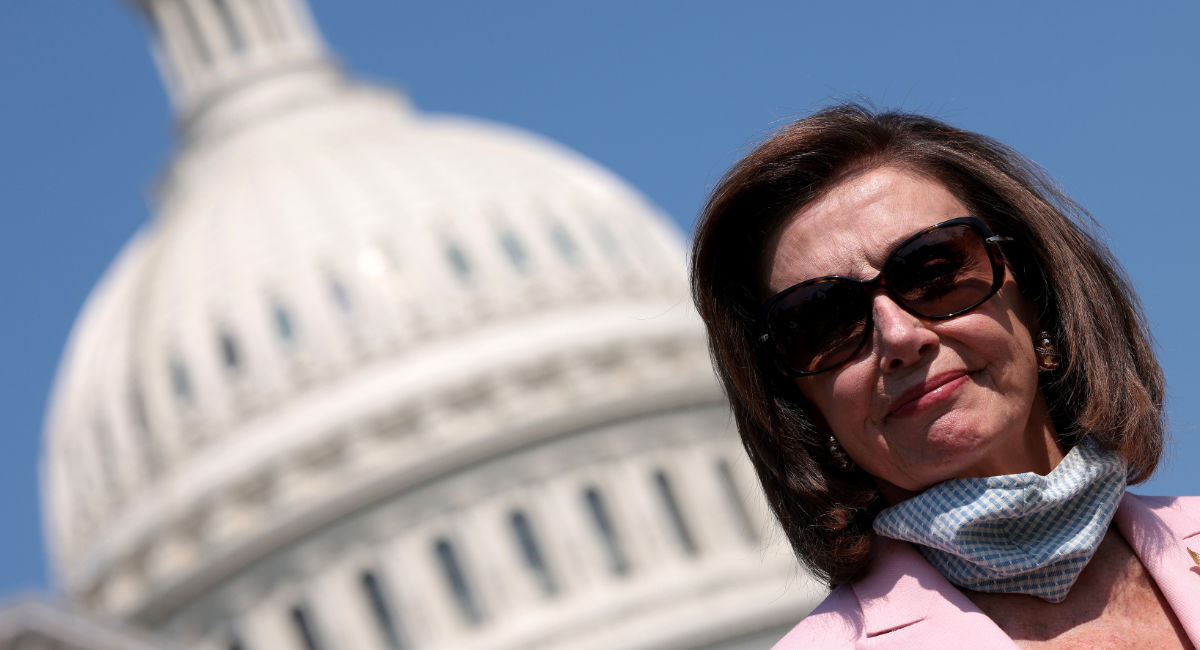 House Speaker Nancy Pelosi (D-Calif.), a self-labeled Catholic, tweeted on Wednesday that the Texas Heartbeat Act meant to save human beings from abortion once their heartbeats are detectable is a “catastrophe to women.” While the human heart begins to beat just 16-22 days after fertilization, the law does not dictate the gestational age at which abortion is restricted but states that if there is a detectable heartbeat, the abortion can not legally take place.

“SCOTUS’s failure to block #SB8 has delivered catastrophe to women in Texas,” tweeted Pelosi. “This radical law is an all out effort to erase the rights and protections of Roe v Wade.”

In a second tweet, Pelosi wrote, “Every woman, everywhere has the constitutional and moral right to basic reproductive health care. We will fight SB8 and all immoral and dangerous attacks on women’s health and freedoms with all our strength.”

Every woman, everywhere has the constitutional and moral right to basic reproductive health care. We will fight SB8 and all immoral and dangerous attacks on women’s health and freedoms with all our strength.

The Heartbeat Act went into effect in Texas on Wednesday despite an emergency appeal from abortion advocates to the Supreme Court to block the law. The Court decided 5-4 that the law could stand but did not rule out the possibility of future challenges to the law.

The law prevents abortionists in Texas from ending the life of a preborn child if that preborn child’s heartbeat is heard using an ultrasound or fetal heartbeat monitor. If the abortionist goes through with an abortion on a child who has a detectable heartbeat, anyone who suspects he or she has done so can file a civil lawsuit against the abortionist and anyone involved in procuring that abortion — anyone except for the child’s mother.

The real catastrophe is clearly abortion itself — the only legal act in the United States that allows for the violent and intentional killing of innocent human beings. An estimated 62 million lives have been ended by abortion since the 1973 Supreme Court case Roe v. Wade erroneously claimed abortion is a constitutional right. Since then, human beings have been killed through multiple brutal abortion methods, including the D&E procedure, which kills a pain-capable living child by ripping her arms and legs from her torso before crushing her skull.

While their children are subjected to these horrific deaths, women are also suffering. It is a catastrophe that women have been told that they need abortion in order to be successful in life, and in order to be equal to men. Women are told they are too young, too poor, too uneducated to be mothers and achieve their goals, but this is a manipulation created by the abortion industry to increase profits.

No woman should feel forced to choose between her child and her finances or education. Every woman is capable of parenting a child or of making an adoption plan for her child, along with achieving her goals. Help is available to her for all life-affirming options. Pro-life pregnancy centers and community resources can provide women with access to baby gear and clothing, food, housing, daycare, parenting classes, and more. It is a catastrophe that women are being told they are incapable of overcoming challenges to achieve their dreams.

Abortion is not health care, because it does not save human lives, nor does it treat a disease. Abortion violently kills innocent human beings and leaves their mothers to live with the aftermath. Women who have undergone abortions — even for so-called “unwanted” children — are at an increased risk of depression, alcohol and drug abuse, and suicidal thoughts. Health care doesn’t cause these problems; it is supposed to help heal them.

There is no medical reason for abortion, and the majority of OB/GYNs in the United States do not commit abortions. As neonatologist Dr. Kendra Kolb explained in a video for Live Action, “In situations where the mother’s life is truly in jeopardy, her pregnancy must end, and the baby must be delivered — these situations occur in cases of mothers who develop dangerously high blood pressure, have decompensating heart disease, life-threatening diabetes, cancer, or a number of other very serious medical conditions. Some babies do need to be delivered before they are able to survive outside the womb, which occurs around 22 to 24 weeks of life. These situations are considered a preterm delivery and not an abortion.”

If a pregnancy must end because of a medical emergency, the child can be delivered alive and should receive proper medical care. If the child is too young to survive, this is not an abortion — it is a premature delivery with the intent of saving both lives. Taking the time to kill the child prior to delivery, especially later in the pregnancy, will only put the woman’s life in greater danger since abortion can take up to three days to carry out. An emergency C-section usually takes less than an hour.

Killing human beings is never medically necessary and is therefore not health care.

Pelosi attempts to paint The Heartbeat Act as an “immoral and dangerous attack” on women. There is nothing morally sound about killing a woman’s preborn child and calling it a right or a freedom. There is nothing ethical about telling a woman she has to choose her education or her career over the life of her child. The very act of abortion is immoral, dangerous, and unethical.

Abortion doesn’t free women or make them equal to men (they’re already free, and already equal). Abortion is a horrific and immoral act that harms vulnerable women and allows abusive men to further hurt and control their victims. Abortion makes women look at their own children as oppressors who hold them back. Abortion says that the ability to carry a child and give birth makes women less than men. Abortion is the catastrophe.