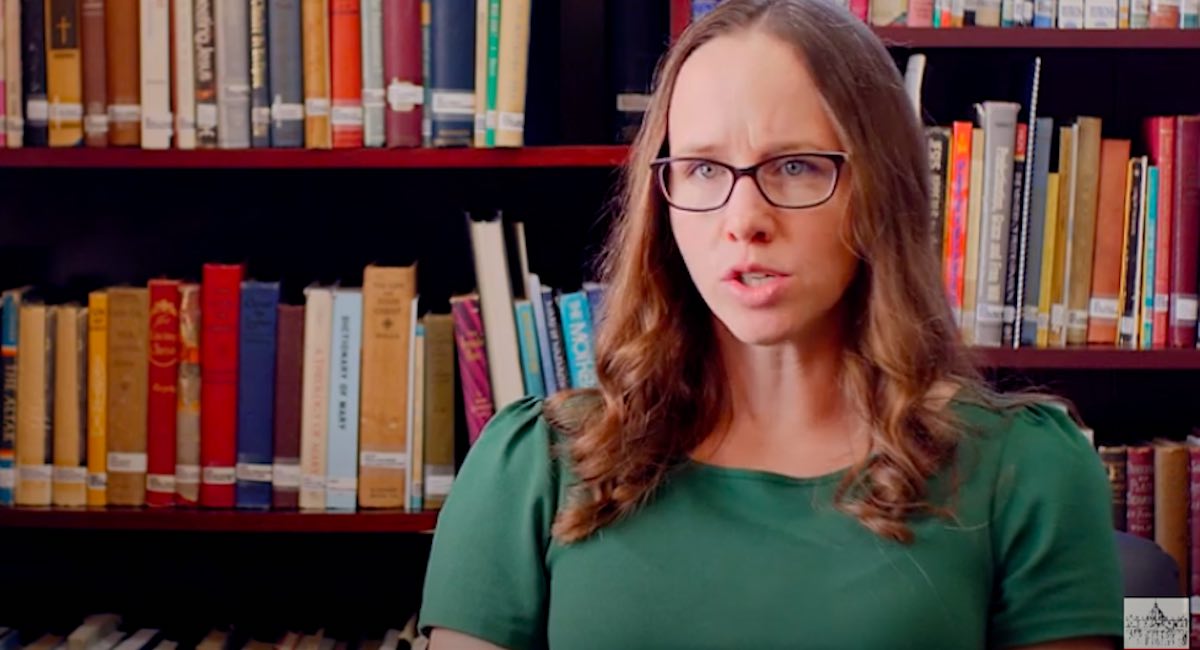 A recent guest on the Coming Home Network, private practice OB/GYN Dr. Alicia Thompson said most people would be surprised to know how few OB/GYNs are willing to commit or even refer patients for surgical abortions. “I think one of the common misconceptions that people have about OB/GYNs in training, or about OB/GYNs even in practice,” she said, “is that we spend lots of time or money and resources around abortion when, in fact, we really don’t.”

While abortion is presented by abortion advocates as a standard form of “women’s health care,” Dr. Thompson noted that this is not the case. “Abortions are something that occur not in typical hospitals, not in offices. You have to go to specific places to train in them. And, almost invariably, for community residency programs, you have to go to an abortion clinic” to get that training.

During her medical training, Dr. Thompson actually voiced an objection to learning how to commit abortions, noting that she “struggled very much with having to go tell my program director that I didn’t want to do that.” However, much to her surprise, her director was supportive. “… [P]raise God, he was very understanding and reassured me, and was gentle and patient and didn’t give me any pushback at all. So I felt actually that it was easier than I thought it would be, and once I decided that I wasn’t going to do it, it was done. I didn’t have to worry about it anymore.”

Dr. Thompson acknowledged that while “[t]he vast majority of OB/GYNs would say that they are pro-choice, meaning that they support a woman’s right to choose abortion if she were to feel that that were the correct choice for her,” most do not commit abortions.

“… [T]he vast, vast majority of OB/GYNs do not participate in them,” she said. “One study came out out and said it was 85% of OB/GYNs do not perform abortions, and then one came out even later, more recently… [that] said… that of private practice OB/GYNs… 93% of us do not offer abortions in our private practices. And of those 93%, a majority of them don’t even refer [for abortions].”

Dr. Thompson’s comments echo statistics cited by other pro-life physicians, such as the American Association of Pro-Life Obstetricians and Gynecologist’s (AAPLOG) Dr. Christina Francis, who referenced the same 85% statistic while answering a question about late-term abortions for the Charlotte Lozier Institute. The other research study Dr. Thompson referenced was conducted by the Guttmacher Institute (2017) and found that “Only 7% of U.S. obstetrician-gynecologists who work in private practice settings provided abortions in 2013 or 2014,” and “[a]mong those who did not provide abortions, 54% reported that they did provide referrals to a facility or practice where a patient could obtain an abortion. However, more than one-third (35%) said that they would not provide a referral for a patient seeking an abortion.” In March of 2020, Live Action News documented the steady decline in abortion providers over the last three decades.

These studies stand in direct opposition to the views of some abortion practitioners, who believe that OB/GYNs who refuse to commit abortions have no place in medicine. Clearly this is not a mainstream view among OB/GYNs.

Dr. Thompson stated that for OB/GYNs who decide they don’t want to commit abortions, her experience has been that “you’re actually much more well-received than you would expect, because while the common stereotype is that all OB/GYNs are vehemently pro-choice, that doesn’t translate into what we’re doing in our lives. So when you actually say, ‘I don’t want to,’ you’re met with a large group of companions and peers who agree with you.”