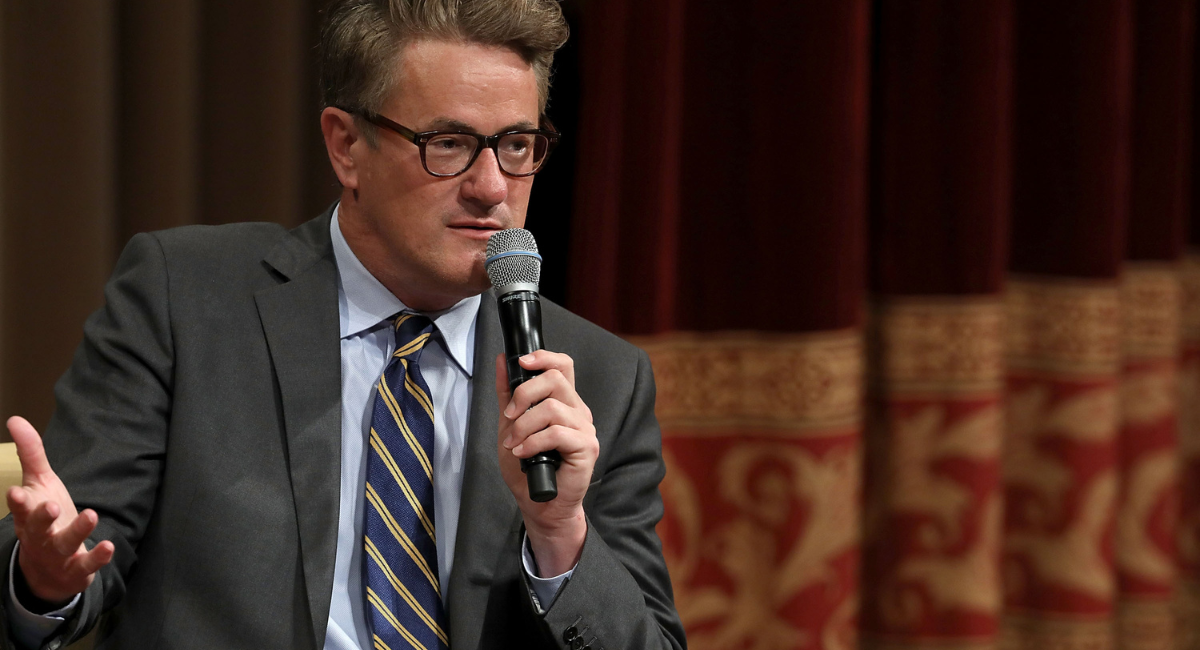 On Friday, MSNBC anchor Joe Scarborough claimed it is “heresy” to be pro-life because Jesus never spoke about abortion. During his show “Morning Joe” for MSNBC, Scarborough said abortions have always taken place, and since there are no records of Jesus condemning it in Scripture, it’s heretical to oppose it now.

“Let me just say,” said Scarborough, “as a Southern Baptist that grew up reading the Bible — maybe a backslidden Baptist, but I still know the Bible — Jesus never once talked about abortion. Never once. And it was happening back in ancient times. It was happening during His time. Never once mentioned it. And for people perverting the Gospel of Jesus Christ down to one issue, it’s heresy. Go, if you don’t believe me, if that makes you angry, why don’t you do something you haven’t done in a long time — open the Bible, open the New Testament, read the red letters — you won’t see it.”

Scarborough may have grown up reading the Bible, but he demonstrates first and foremost here a lack of knowledge about who Jesus Christ purported to be: the second member of the Godhead, God the Son, the Word of God – the “I AM.” Jesus referred to Himself as such in John 8, where He stated, “Before Abraham was, I AM.” In doing so, He declared Himself to be the self-existent one, using the same title for Himself as God did when He first appeared to Moses in the burning bush in the book of Exodus.

Therefore, Jesus did not simply speak in “the red letters” of the Bible.

The Jewish people opposed abortion, as did the first Christians. Children — referred to as the fruit of the womb in Scripture — were viewed as rewards and blessings. The Bible and Christian teaching are clear that abortion is unacceptable and immoral. Just because the Gospels don’t explicitly mention abortion doesn’t mean Jesus found it acceptable; his Jewish audience already knew that child sacrifice was a serious sin.

Joseph Capizzi, Catholic University of America moral theology professor and executive director for the Institute for Human Ecology explained in a piece for National Review:

The Catechism of the Catholic Church states: “Since the first century the Church has affirmed the moral evil of every procured abortion. This teaching has not changed and remains unchangeable.” The Didache, written by Jewish Christians just decades after Jesus’s death, condemned abortion and infanticide. The communities organizing themselves around Christ shared the conviction that life is sacred at every stage of development. That conviction has remained constant over two millennia.

The Didache 2.2 (The Teaching Through the Twelve Apostles) states, “[T]hou shalt not murder a child by abortion nor kill them when born.”

READ: MSNBC: Passing laws to equally protect humans in the womb is ‘rotten’ and not ‘normal’

Right from the beginning, God was clear about the immorality of killing, especially killing innocent human beings. There is no one more innocent than a child in the womb. Genesis 9:6 states, “Whoever sheds the blood of man, by man shall his blood be shed, for God made man in his own image.”

Proverbs 6:16 says there are seven things the Lord hates, including “hands that shed innocent blood.”

For you formed my inward parts; you knitted me together in my mother’s womb. I praise you, for I am fearfully and wonderfully made. Wonderful are your works; my soul knows it very well. My frame was not hidden from you, when I was being made in secret, intricately woven in the depths of the earth. Your eyes saw my unformed substance; in your book were written, every one of them, the days that were formed for me, when as yet there was none of them.

Isaiah 44:24 states, “Thus says the Lord, your Redeemer, who formed you from the womb: ‘I am the Lord, who made all things, who alone stretched out the heavens, who spread out the earth by Myself.”

Jeremiah 1:5 says, “Before I formed you in your mother’s body I chose you. Before you were born I set you apart to serve Me.”

The Gospel of Luke likewise emphasizes life inside the womb. Luke 1:15 states, “He will be filled with the Holy Spirit, even from his mother’s womb.” And Luke 1:41-44 states, “When Elizabeth heard the greeting of Mary, the baby leaped in her womb, and Elizabeth, filled with the holy Spirt, cried out in a loud voice and said, ‘Most blessed are you among women, and blessed is the fruit of your womb. And how does this happen to me, that the mother of my Lord should come to me? For at the moment the sound of your greeting reached my ears, the infant in my womb leaped for joy.”

In that Scripture, the Greek word “brephos” is used for “baby” and “infant.” This term is used in the New Testament elsewhere to refer to both the child in the womb and to an already born child. In other words — a child not yet born was viewed as the same as a born child.

Therefore, since Jesus did clearly speak out against murder (which is what abortion ultimately is) in Matthew 19:18, this command to refrain from murder would apply to all human beings equally, including humans still in the womb. In Matthew 15:19 -20, He emphasized that murder is an ‘evil thought’ that will “defile a person.” In Matthew 5:21-22, He also said that murderers “will be liable to judgment.”

But perhaps the most obvious and well-known verse of the Bible that condemns abortion is Exodus 20, in which the Ten Commandments are found, including “Thou shalt not murder.”

Scarborough went on to repeat the pro-abortion myth that pro-lifers only care about babies before birth, and not after. But it is pro-life pregnancy centers and organizations (operating almost entirely on donations from pro-life individuals) who are working to help women and their babies both before and after birth — and yet, pro-abortion advocates like Elizabeth Warren are trying to shut them down. It has also been shown that it is Christians who are the most generous and charitable with their money.

Scarborough ignores all of this — and all of the Scriptures condemning murder — in order to label genuine Christians as heretics, and fuel the fire behind the pro-abortion effort to make abortion accessible at any time for any reason. In truth, all Scarborough proved here is his ignorance of the Bible he claims to know.