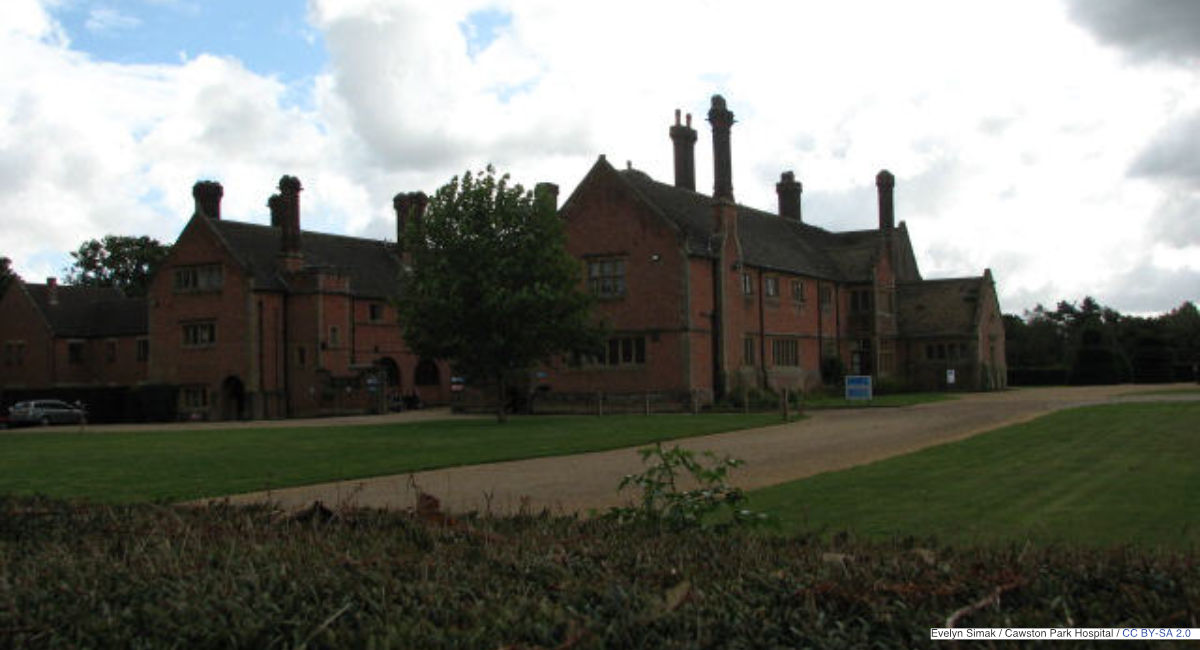 Gina Egmore had cared for her son, Ben King, for most of his life. But when she fell ill and couldn’t care for him anymore, she entrusted his care to a care home in the United Kingdom, which later transferred him to a local hospital where he died two years later. According to an inquest, the hospital is to blame for King’s death.

King had Down syndrome, a severe learning disability, ADHD (Attention Deficit Hyperactivity Disorder), and trouble communicating. Though originally placed in a care home, he was sent to a hospital in July of 2018, where he remained due to the Mental Health Act. Under the Act, people with mental health disorders can be legally detained in a treatment facility if they are deemed to be a risk to themselves or others.

Cawston Park Hospital, where King was detained, closed this year due to “consistent failures” discovered by the Care Quality Commission (CQC). According to the CQC’s findings, the hospital had a “long history of poor performance” and didn’t give appropriate care to the vulnerable population entrusted to them. But the closure came too late for King.

“I expected them to look after him”

In an interview with North Norfolk News, Egmore shared her heartbreak over her son’s death. “I expected them to look after him,” she said. “I looked after Ben for the first 30 years of his life, and I expected that he would be properly cared for when he was transferred to Cawston Park. However, the evidence heard at the inquest suggests this clearly wasn’t the case.”

According to the inquest, King had obstructive sleep apnea and struggled with obesity, both common for people with Down syndrome. Treatment involves wearing a CPAP machine at night, which King struggled with, and ensuring proper weight management. Failing to do both can lead to obesity hypoventilation syndrome, which is what ultimately caused King’s death.

Mencap, a UK-based charity for people with disabilities, had originally been working with King to provide outdoor activities and exercise to help manage his weight. Yet that stopped when Mencap’s funding was revoked, and the hospital itself took no action to ensure King was being offered other physical activities. Even though he had gained nearly 30 pounds, the multi-disciplinary team caring for him did not identify weight loss as a priority for him, and even took him out of the hospital to have fast food on numerous occasions.

Additionally, staff prescribed King a sedative called promethazine, using it to control his “agitative” behavior. Promethazine, however, is known to be extremely dangerous for people with respiratory issues.

King was taken to the emergency room three times in the weeks before his death, due to low oxygen saturation and breathlessness. At no point was he ever admitted to the general hospital, nor was he diagnosed with obesity hyperventilation syndrome. On July 28, 2020, King had dangerously low oxygen saturation of 35% — typically, under 70% is considered life-threatening, yet his oxygen remained around 35% all day, and his lips and fingernails turned blue. Yet a “consultant” said they didn’t need to call emergency services or give him oxygen.

When Egmore arrived to see her son, he begged to go home. She told staff they needed to call for help, but they refused. The next day, his oxygen levels remained dangerously low, and he was struck twice by a member of the staff. Another staff member say King fall twice while trying to get off a sofa, but refused to help him. Instead, the staffer turned away and looked up at the ceiling, rather than ensuring King was safe and not at risk of injury. Over 30 minutes later, another staff member came in and couldn’t wake King; he was taken to the emergency room and died later that night.

For Egmore, this information was heartbreaking. “Throughout the two weeks of the inquest I had to listen to and watch some truly harrowing evidence, including CCTV showing staff at Cawston Park twice striking my son and failing to raise the alarm when he went into cardiac arrest,” she said in a statement after the inquest, adding, “Whilst nothing can ever make up for the devastating loss of Ben, given the jury’s conclusion I can take some comfort from knowing that I managed to obtain justice for my son.”

Yet King’s death highlights a larger problem in the United Kingdom, in which endemic ableism makes it dangerous for people with disabilities just to exist.

The bigger issue: Discrimination against persons with disabilities is the norm

The discrimination starts at pregnancy, when preborn children diagnosed with disabilities are frequently targeted for abortion. The abortion law in the United Kingdom bans abortion after 24 weeks of pregnancy unless the child has a disability — in such a case, that child can be aborted up until the moment of birth.

Women have spoken of being put under serious pressure to abort their children diagnosed prenatally. One mother spoke of being pushed to abort her child at 37 weeks pregnant; another was offered abortion 15 times, with the doctor telling her she could have an abortion until her baby was traveling down the birth canal. Yet another mother was abandoned by her medical team after she chose life, as staff said her child had no hope of survival. Her son was born with Down syndrome, but is otherwise healthy.

This pro-abortion mentality is no coincidence. The United Kingdom’s Antenatal Results and Choices (ARC) organization only gives parents resources and support if they choose to have an abortion after a prenatal diagnosis.

For children who survive pregnancy, if they become ill at any point, they risk having care forcibly removed against their parents’ wishes. Charlie Gard was diagnosed with a rare RRM2B mitochondrial depletion syndrome, and his parents successfully raised over $1.5 million, which they hoped to use for experimental treatment in the United States. The hospital refused to release him and fought Charlie’s parents in court, ultimately succeeding in killing him by removing him from life support.

Similarly, Alfie Evans was believed to have encephalomyopathic mitochondrial DNA depletion syndrome, though an official diagnosis was never made. Still, hospital staff said treatment would be “futile,” and therefore, Alfie should be abandoned to die. Like Charlie’s parents, Alfie’s parents raised money to care for him, found air ambulance companies willing to transport him, and Vatican hospital Bambino Jesu publicly said they were willing to take Alfie. Even Pope Francis repeatedly asked for Alfie to be released. Yet once again, the hospital refused, and won in the court battle against Alfie’s parents. Cruelly, after Alfie’s life support was removed, they deprived him of food and water. Doctors predicted he would die within minutes of having his ventilator removed, but he breathed on his own for days before passing away. The hospital spent $188,000 USD in the battle to kill Alfie.

Most recently, a little girl named Pippa Knight died after the hospital refused her mother’s request to release her to receive care at home.

The situation is no different for adults with disabilities, who frequently receive absymal and substandard care, if they aren’t outright sentenced to death. This list is appalling, and is by no means complete:

Lord Kevin Shinkwin, a member of the House of Lords, has brittle bone disease, or osteogenesis imperfecta, which can cause bones to break easily. He has undergone multiple operations, and has had multiple fractures. Yet his life is still worth living, and he has made it his mission to change the mindset of the United Kingdom towards people with disabilities, who he warns will otherwise disappear.

“I can see from the trends in abortion on grounds of disability that the writing is on the wall for people like me,” he said in a speech before Parliament. “People with congenital disabilities are facing extinction. If we were animals, perhaps we might qualify for protection as an endangered species. But we are only human beings with disabilities, so we don’t qualify.”