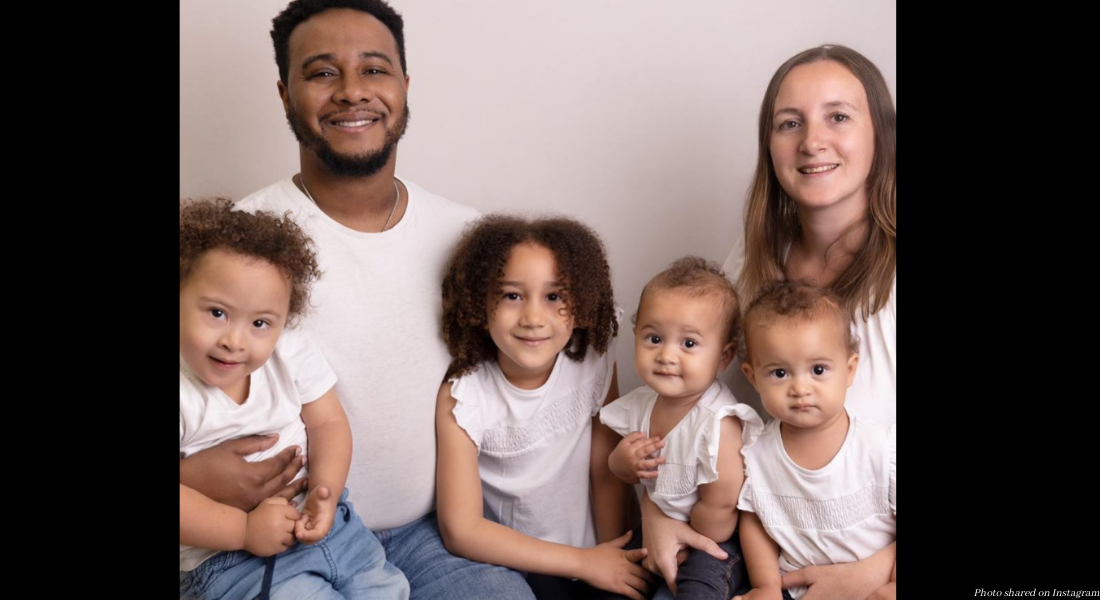 A mom in the United Kingdom has opened up about her negative experience receiving a Down syndrome diagnosis for her preborn baby. At Love What Matters, Sarah Ojar said she was repeatedly told to have an abortion, and recalled how doctors told her that her son had virtually no chance of surviving — yet she and her husband refused to give up on their little boy.

Ojar was pregnant with her second child in 2016, after what she said had been a “straightforward” pregnancy with her daughter. They consented to a 12-week screening, simply because they were excited to see their baby. They also knew they wouldn’t have an abortion if anything was detected, so it seemed like a risk-free decision.

They didn’t realize the doctors wouldn’t support their decision to choose life.

“After the scan, we were called into what I call ‘the bad news room,'” she explained. “We were told, ‘There is a 1/29 chance of your baby having Trisomy 21 (Down syndrome).’ We were offered a termination, a more accurate screening that cost around $550, a diagnostic CVS test, or to just carry on as normal.” They chose to continue on with the pregnancy as usual and began bonding with the baby as he started kicking. But at her 20-week anatomy scan, they were given more bad news.

“The scan wasn’t the happy experience we had been through before with our eldest,” she said. “Instead, we were told, ‘He has something called Fetal Hydrops, which is a buildup of fluid in two or more areas of the body.’ Zephy had fluid around his heart, lungs, and brain. We were advised to terminate the pregnancy, as they didn’t believe it to be viable. They said, ‘He really has no chance of surviving.'”

Ojar said she had previously vowed never to have an amniocentesis due to the risk of miscarriage, but consented this time so they could know everything about their son and be prepared for his medical needs. Yet once again, doctors pushed her to have an abortion. “I remember getting the call on a Friday afternoon,” she said. “They told me, ‘Your baby definitely has Down syndrome. Do you want to terminate the pregnancy?'”

While battling a mix of emotions surrounding the diagnosis, Ojar said they were well-supported by their families. “[H]e was so loved and accepted from before he was even born,” she wrote. And, surprisingly, though doctors said his hydrops was so bad that he wouldn’t survive, the fluid had resolved itself within a few weeks, and his organs grew and developed properly. Yet as the couple tried to prepare for special needs parenting, their medical team all but abandoned them.

“We sadly did not get a lot of support from the hospital,” she said. “I found the rest of my pregnancy quite a lonely and daunting experience.”

The negative experience Ojar went through is far from rare. The United Kingdom’s Antenatal Results and Choices (ARC) only provides resources and support when parents choose to have an abortion after a prenatal diagnosis — not if they choose life. Other moms in the United Kingdom have shared similar stories, with some told they could abort up until the baby was in the birth canal, and with some offered abortions at every single appointment. This kind of deadly discrimination is appallingly commonplace, leaving people like Ojar forced to fight for the lives of their preborn children alone.

Ojar was induced at the end of December, and her son, Zephy, was born healthy. He hasn’t had any serious illnesses or conditions that children with Down syndrome are at a higher risk for, and he’s now the proud big brother to identical twins.

“Zephy turns four this year, and watching him grow from a toddler into a little boy this year has been a blessing. I’m really excited to see what the future has in store for him. For anyone who finds themselves in a similar situation or has a postnatal diagnosis, I want to encourage you,” she said, adding, “Life is nowhere near as scary as I thought it might be. In fact, it’s not scary at all. It’s full of joy, wonder, amazement, and love. Down syndrome is not something we specifically think about every day. It’s everywhere, like the air we breathe, but not something we continuously focus on. I’m so excited to see what his future holds.”