Almost six months ago, little Charlie Gard died after he was taken off of life support. The life of this precious boy touched people around the world, as did his parents’ valiant fight to save him.

Charlie originally appeared to be a happy, healthy baby, but he became seriously sick and had to be placed on life support. It was then that he was diagnosed with a rare RRM2B mitochondrial depletion syndrome. His parents, Connie Yates and Chris Gard, raised over $1.5 million for his care and wanted to take him to the United States for experimental treatment. Staff at Charlie’s hospital, Great Ormond Street Hospital in London, however, refused, arguing that the treatment would not be beneficial. The hospital instead wanted Charlie taken off life support. This kicked off a months-long court battle, in which Charlie’s parents lost appeal after appeal in their fight to save their son. Ultimately, their battle came to an end when the European Court of Human Appeals ruling against them.

Connie Yates and Chris Gard enjoy a picnic with their son Charlie Gard who was on life support.

As the international outrage grew, Great Ormond Street Hospital requested a new court hearing and allowed the American doctor that Charlie’s parents wanted to treat Charlie, Dr. Michio Hirano, to travel to London to examine him. Dr. Hirano argued that Charlie could be suffering from muscle weakness and that his treatment could have helped — but the delay in getting him care had brought Charlie to, as Yates described it, “the point of no return”. It was too late.

In a last offense against the family, even after Charlie’s parents agreed to remove him from life support, the hospital also refused to let them take Charlie home to die, or to another hospice center, so they could spend his last days together in peace. The parents vowed to continue fighting, though, so that no other family would ever have to go through what they did. 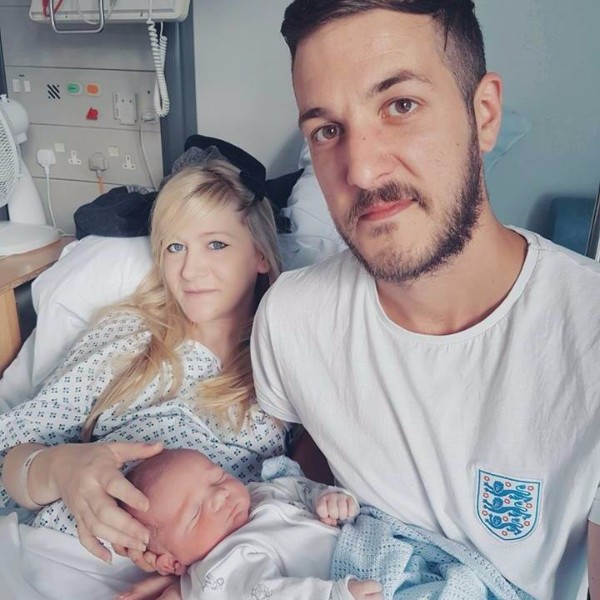 Charlie and his parents after his birth, just months before he became suddenly ill and needed life support.

After Charlie died, Connie and Chris announced that they would be setting up the Charlie Gard Foundation, to “help other children with mitochondrial diseases, and rare childhood illnesses”.

On Friday, December 15, 2017, Charlie’s parents traveled to the United States to meet with Vice President Mike Pence in the White House. Pence tweeted out a photo of their meeting and praised them for their love and devotion for their son.

An honor to welcome the courageous parents of little Charlie Gard, Chris and Connie, to the @WhiteHouse to discuss the life and legacy of their son. Their parental love and devotion to their son is inspiring and a reminder of how precious all lives are. pic.twitter.com/p1vjvpZNOc

Charlie isn’t the only child whose parents have to fight for their child’s life. Here in the United States, the parents of baby Dezmen struggled to find a hospital willing to treat their son, who was fighting Total Anomalous Pulmonary Venous Return (TAPVR), a birth defect. Dezi is still alive today, although they are still waiting for him to receive a heart transplant, thanks to his parents’ willingness to fight for him.