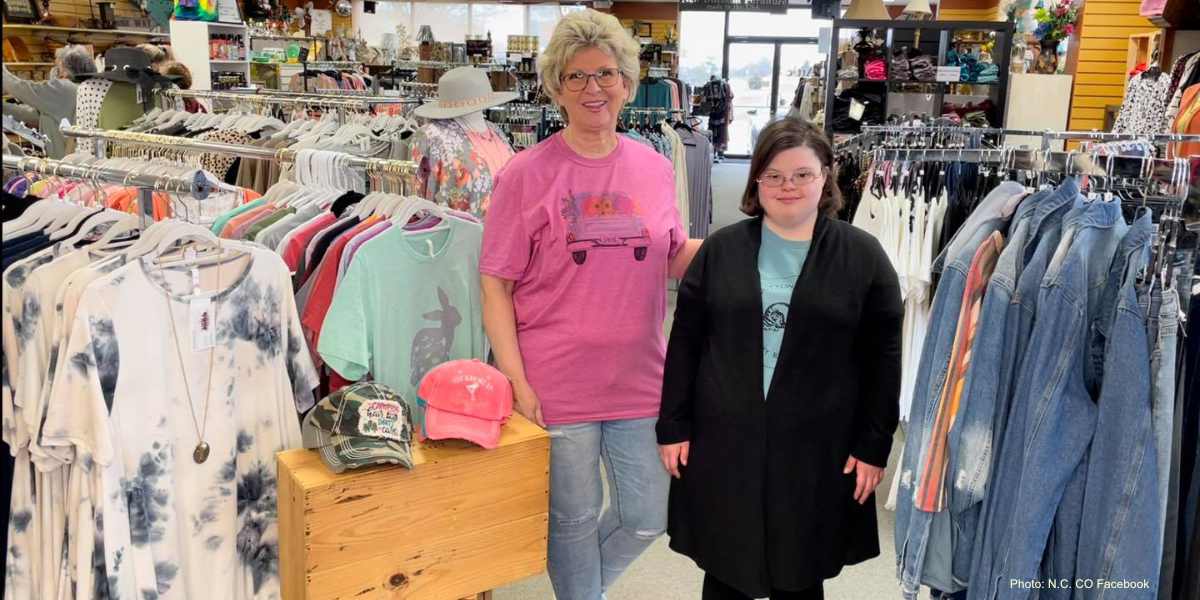 When Holly Hartmann decided to team up with her daughter Hayle, a 19-year-old with Down syndrome, to start a clothing store, she never dreamed she would achieve such a huge outpouring of support from the community.

But that’s exactly what happened. Their new store, N.C. CO, is located in the Battlefield Mall in Springfield, Missouri. The boutique features a variety of trendy and affordable styles and brands in a wide range of sizes. And Hayle is the public face representing the company.

On July 3, Holly and Hayle posted a video on Facebook inviting people to the opening of the store. Their social media pages also show a few behind-the-scenes photos, including a photo of Hayle in a sea of boxes preparing for the grand opening. 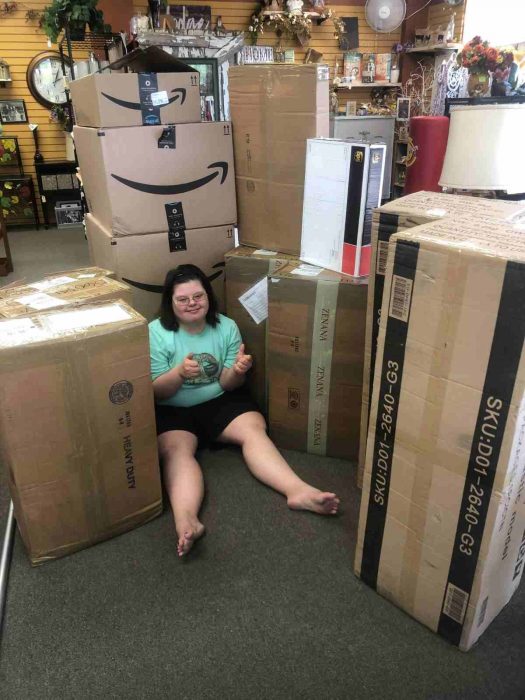 After posting their inspiring photos on social media, Holly said the two went viral and received many encouraging cards in the mail. In an interview with the Springfield News-Leader, Holly said, “Our mailbox was full of cards,” and “The community really got behind [Hayle].”

Hayle has worked with her mom in their family store, the Nixa Clothing Company, for years. After receiving positive feedback from their community, Holly and Hayle decided to expand their business, leading them to open the store in the Battlefield Mall.

The inspirational mother daughter duo are motivating and encouraging people around the world, showing others with disabilities that no dream is too big. And they are not alone. They join a growing number of dreamers with Down syndrome who are accomplishing amazing feats every day.

READ: Alabama teen with Down syndrome is CEO of ice cream truck business

And then there is David Egan, a 43-year-old with Down syndrome. He has spent his entire life proving that any dream is attainable, including for those with intellectual disabilities. His latest feat is writing his own memoir, “More Alike than Different,” an inspiring story of his life, which has been devoted to advocating for himself and others with disabilities.

These stories are just a few out of many. Every day, amazing individuals with Down syndrome are breaking barriers and proving that disabilities don’t have to stand in the way of dreams.

More information about N.C. CO can be found on the combined Facebook page for both stores.