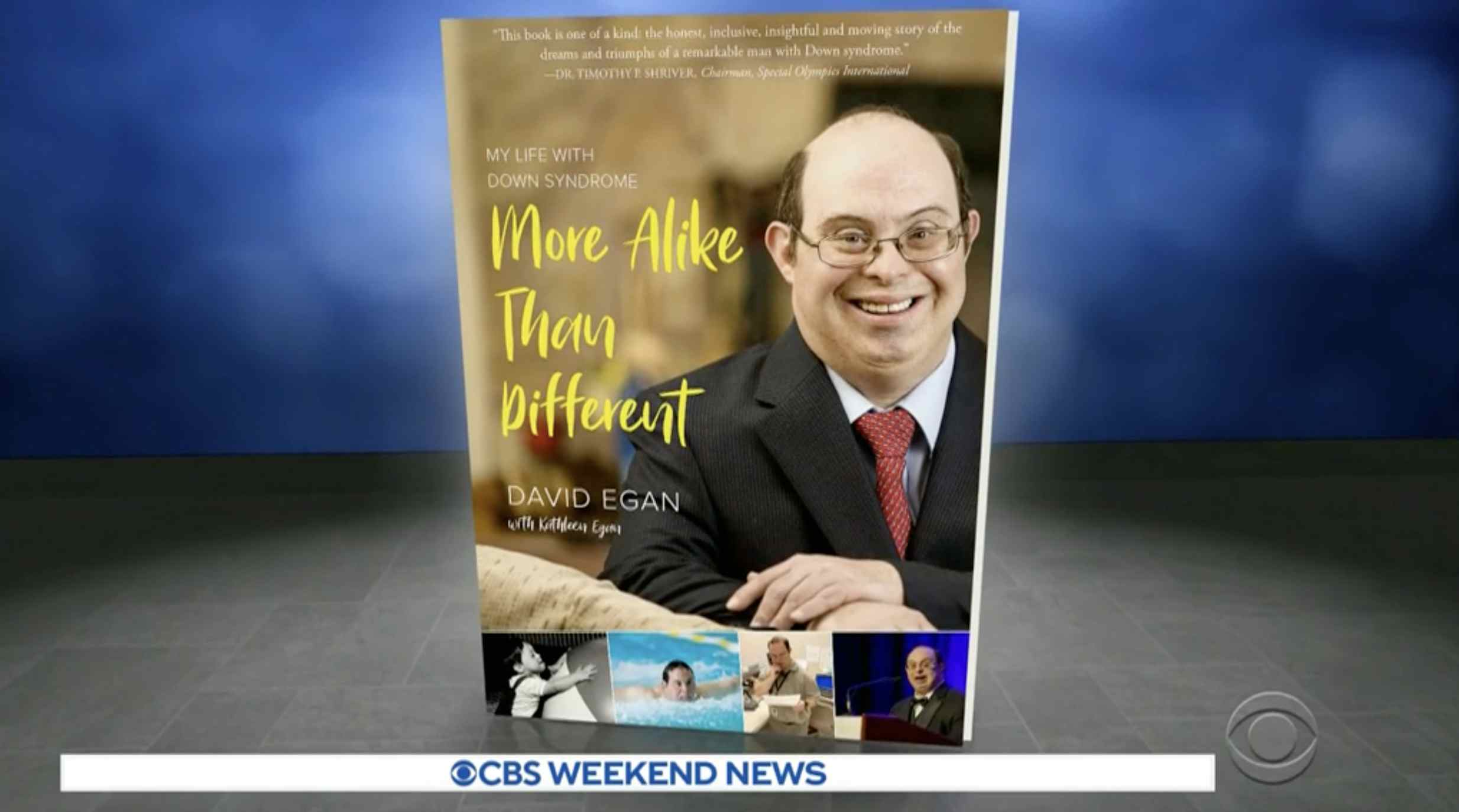 David Egan, a 43-year-old with Down syndrome, believes no dream is too big.

He has spent his entire life proving that any dream is attainable, including for those with intellectual disabilities. His latest feat is writing his own memoir, “More Alike than Different,” an inspiring story of his life, which has been devoted to advocating for himself and others with disabilities.

According to an interview with CBS Evening News, when Egan got the idea of writing a book, it was suggested that his mother, Kathleen Egan, write it. But she knew her son was up to the challenge.

Book author is only one achievement on a long list of Egan’s accomplishments. He is the first person with an intellectual disability to become a Joseph P. Kennedy Jr. Public Policy Fellow, a role which included working on the Ways and Means Social Security subcommittee on Capitol Hill and with the National Down Syndrome Society.

Egan also represents self-advocates with the National Institutes of Health Down Syndrome Consortium and he has served as a Special Olympics Sargent Shriver International Global Messenger. His impressive work history includes serving as a community relations coordinator for SourceAmerica, a nonprofit organization that creates employment opportunities for people with disabilities, and as a clerk for Booz Allen Hamilton.

Kathleen Egan recalled that when her son was a child, his favorite thing to watch was C-SPAN. Egan himself remembers watching attentively and dreaming of one day delivering speeches to Congress — a dream he achieved. Egan’s life has been devoted to advocating for those with disabilities. He has delivered speeches around the world, and he hopes his book will be one more way to show that his disabilities do not define him.

READ: Patricia Heaton: Orphans with Down syndrome and disabilities are ‘beautiful children’

Egan is one of many people with Down syndrome proving daily that disabilities don’t have to stand in the way of achieving one’s dreams. Just last month, Live Action News reported that 22-year-old golfer Amy Bockerstette became the first person with Down syndrome to compete in a national collegiate athletic championship.

Live Action News also reported last month on a 26-year-old Dutch woman with Down syndrome who appeared on the cover of Glamour Netherlands. The social media influencer, known simply as Enya, has her own beauty and style account on Instagram at DownSyndrome_Queen.

Living with Down syndrome has not held Egan and so many others back from living a full and happy life, and his message that those with Down syndrome and disabilities should dream big is an important one. Their stories reinforce the urgent need to protect preborn children with disabilities by banning abortions based on a genetic prenatal diagnosis.

And most Americans would agree. According to a recent Marist poll, the majority of Americans do not support discriminatory abortions, with 70% opposing killing children based on a prenatal diagnosis such as Down syndrome. This includes 56% who identify as pro-choice, 59% who are Democrats, and 70% who are Independents.