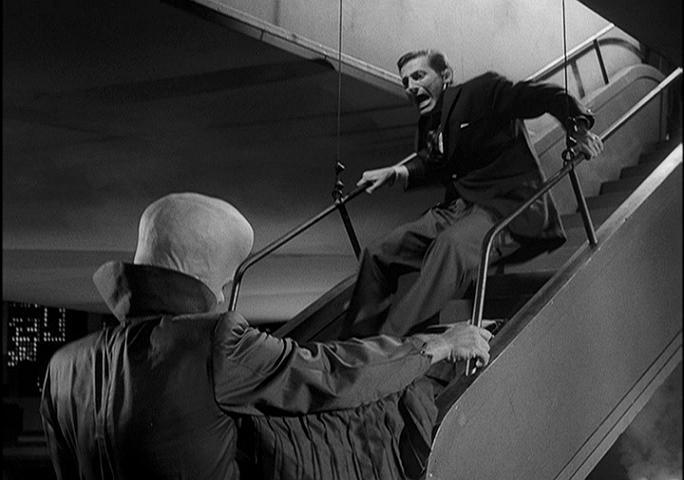 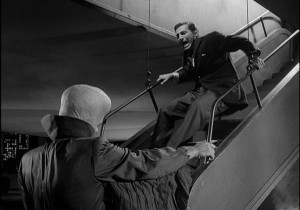 The classic Twilight Zone episode “To Serve Man” gave us one of pop culture’s most memorable plot twists, in which a seemingly benevolent alien race comes to Earth promising to make hunger and war obsolete. They leave behind the titular book, which translators realize too late isn’t about serving mankind’s needs at all – “it’s a cookbook!”

Planned Parenthood’s name contains a similarly malevolent double-meaning. The sales pitch may be helping people avoid parenthood until they’re ready, but their real plan is to encourage as many unwanted parenthoods as possible, to keep demand for their services flowing.

Those who still doubt this should peruse Planned Parenthood’s recent advice to teens. In response to the query, “is promiscuity a bad thing?” Alex answers:

Why do I keep putting “promiscuous” in quotes? Because there’s no standard definition of what it means. Some people might think that a person is promiscuous if he or she is involved with multiple sexual partners at the same time. Other people think a person is promiscuous if they have a certain number of partners over the course of a few years or longer. And for some people, promiscuity doesn’t necessarily mean having sex – to them, a person who goes on a lot of dates or makes out with a lot of people might be “promiscuous,” too.

Show of hands: has anyone here ever heard “promiscuous” used to denote merely “a person who goes on a lot of dates”? I sure haven’t. It’s telling that Alex’s first order of business is to undermine the very concept of the word.

But in general, it’s a word that’s used to judge or shame people. And, again, it’s a term that’s most often directed at women.

First, there’s nothing wrong with judgment; how are we supposed to discern right from wrong, wise from foolish, responsible from reckless? Candor about risks and consequences might offend delicate liberal sensibilities, but it’s essential to making our young into mature adults capable of taking on the real world. This is utterly uncontroversial in most areas of life – nobody bats an eye when drivers’ education courses or anti-smoking campaigns [Warning: graphic images in links] use tough love to engender a healthy fear of bad decisions.

Yet there’s a completely different standard for sex, despite the battery of physical and mental risks that result from taking it less seriously than starting a car. This would be baffling coming from anyone concerned about teenagers’ best long-term interests…but it makes perfect sense if your bottom line depends on a thriving demand for “fixing” unintended pregnancies.

Second, to the extent that there is any double standard at play, Alex will have to look elsewhere to pin the blame. It sure isn’t Christian conservatives filling the airwaves with sexy cinema and advertising, or teaching their sons to use girls for sex then ditch them the next morning. Pro-aborts love accusing us of saddling females with all the responsibility in reproduction, which is absurd – half the time they’re just inferring it from completely gender-neutral arguments we make, and the other half we’re talking about women’s share of the responsibility in response to their claims specifically about women’s right to kill their babies.

“Doesn’t say anything” about “anything at all”? Not anything? Just off the top of my head, I’d say it can raise questions about (1) your self-control, (2) your respect for whatever new life you might bring into the world, (3) your risk-assessment, (4) your judgment about your partners’ character, and (5) your concern for your partner’s long-term physical and emotional well being. And all that’s without even getting into the icky God stuff.

This is the closest Alex comes to serious advice, but it’s hard to square with the previous paragraph’s suggestion that there’s no link between these risks and your number of sexual partners (but hey, why should Planned Parenthood personnel bother to let young people know about research linking more partners to more problems?). And even this warning gets undermined in the very next breath:

If none of those behaviors sound like you, and if you feel satisfied with and confident about your sexual decisions, you have nothing to worry about – even if someone calls you or your behavior “promiscuous.”

Oh. So if you feel cool with it, just keep doing it. Malpractice is too soft a term for advice this wretched. People are masters of rationalizing what they want, and none more so than teenagers, whose still maturing brains make them more prone to acting on short-sighted desire rather than objective consideration of consequences. Any competent professional who sincerely cared about helping the young navigate life’s challenges would be curbing this tendency, not encouraging it.

This is what we should expect from a business whose pro-promiscuity agenda includes telling teens “there’s a little bit of slut in all of us,” thinking five-year-olds “need to know” about sexual pleasure, and giving HIV-positive teens permission to hide that fact from their partners. They don’t want people better-equipped to plan desired parenthoods. Unwanted, soon-to-be-aborted parenthoods are the plan.