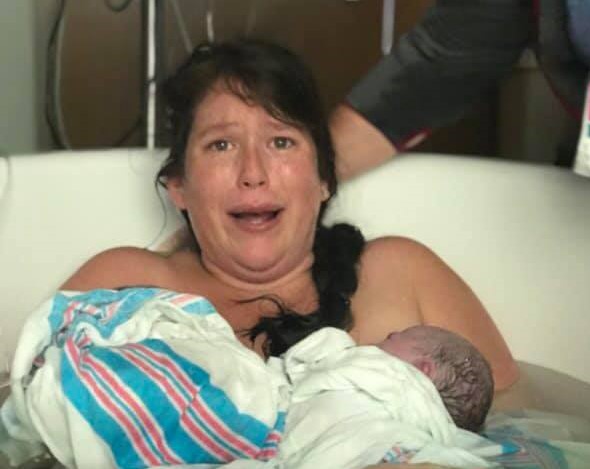 Lyndsey Altice was expecting baby number two with her husband Wesley, but moments after welcoming their new baby daughter, Altice began to feel more contractions and suddenly found herself giving birth to a second baby whom no one knew existed.

“There are no words to describe what I was thinking when I realized I was about to have another baby right there and then,” she told Metro. “The next contraction was almost instant. I knew before the nurses started saying what they thought it was. I could feel the baby coming but could not communicate it through the contraction.”

As the miracle played out, Altice’s sister was snapping photos that show the complete shock Altice was feeling. No one knew how a second baby could have been missed when listening for a heartbeat or when checking on the baby with sonograms. 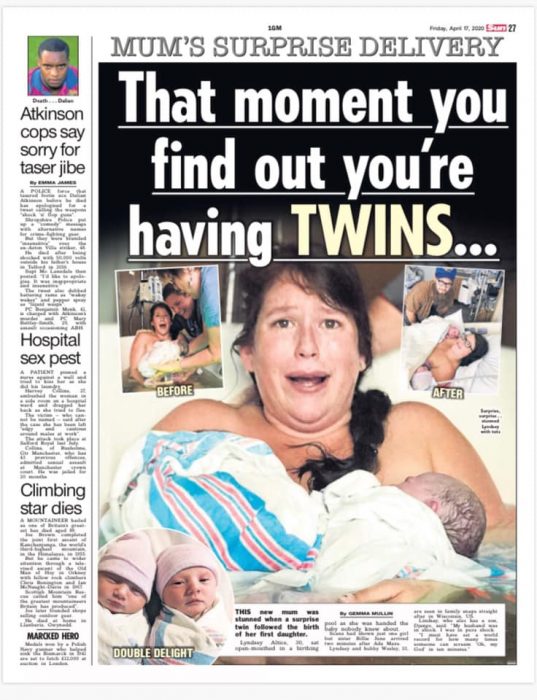 “I had a million thoughts that I couldn’t process because I was completely overwhelmed so I just submitted to the moment,” explained Altice. “I must have set a world record for how many times someone can scream ‘oh my god’ in 10 minutes.”

Altice had planned to have a home birth and to avoid ultrasounds, but towards the end of her pregnancy her midwife became concerned that the baby was breech and recommended that she have an ultrasound to check. The sonographer discovered the baby had an arm alongside her in the superman position and her midwife did not want labor to happen naturally with the baby in that position. After Altice returned for another ultrasound, the baby had moved.

After her water broke, Altice was in labor for 24 hours at home and her midwife said they needed to go to the hospital. Altice waited six more hours before deciding she should go. At the hospital, she was hooked up to a baby monitor, which also only picked up the one expected heartbeat.

At the hospital, she welcomed baby Ada Maze, who was much smaller than Altice was expecting. 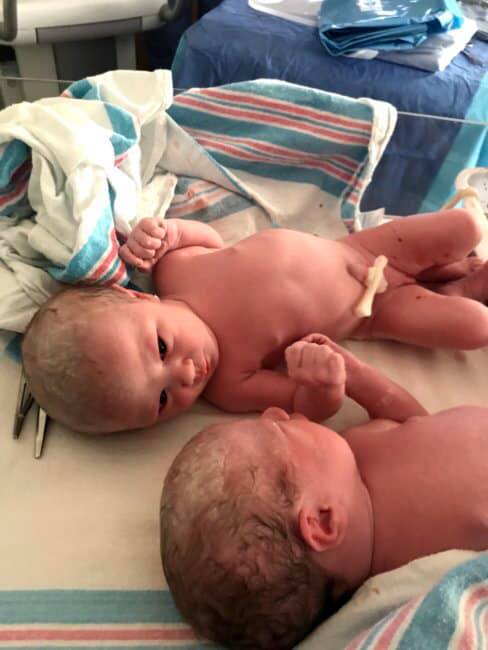 “Then I had another huge contraction, one nurse said ‘Oh it’s probably the placenta already coming’ Another said ‘oh it’s a water bag! I’ve never seen that before’ And in my head I’m screaming ‘it’s ANOTHER ring of fire!!!’ My second came less than two minutes after my first with another two pushes and she was born ENCAUL [in her water sac],” Altice wrote on Facebook. “I was just in shock, the staff was shocked….”

Baby Billie June joined her sister on this side of the womb, both of them weighing six pounds and 11 ounces and measuring 20 inches long. They celebrated their first birthday on July 13, 2020. After their birth, Altice obtained a recording of one of the ultrasounds and said she still can’t find the second baby. 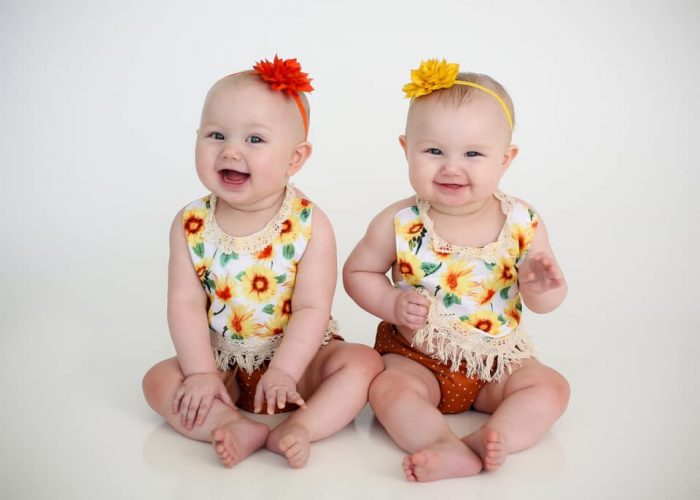 “When it first happened we were just having a total ‘oh crap’ moment, but now that we have settled and we know how to look after twins we just love it,” she said. “It’s a total blessing in disguise, and the kids themselves are great, my son Django adores them and they all get on so well.”

Altice said she loves looking back at the photographs and seeing the expression on her face. She may have been shocked at that moment, but now she is “thrilled” to have her girls.