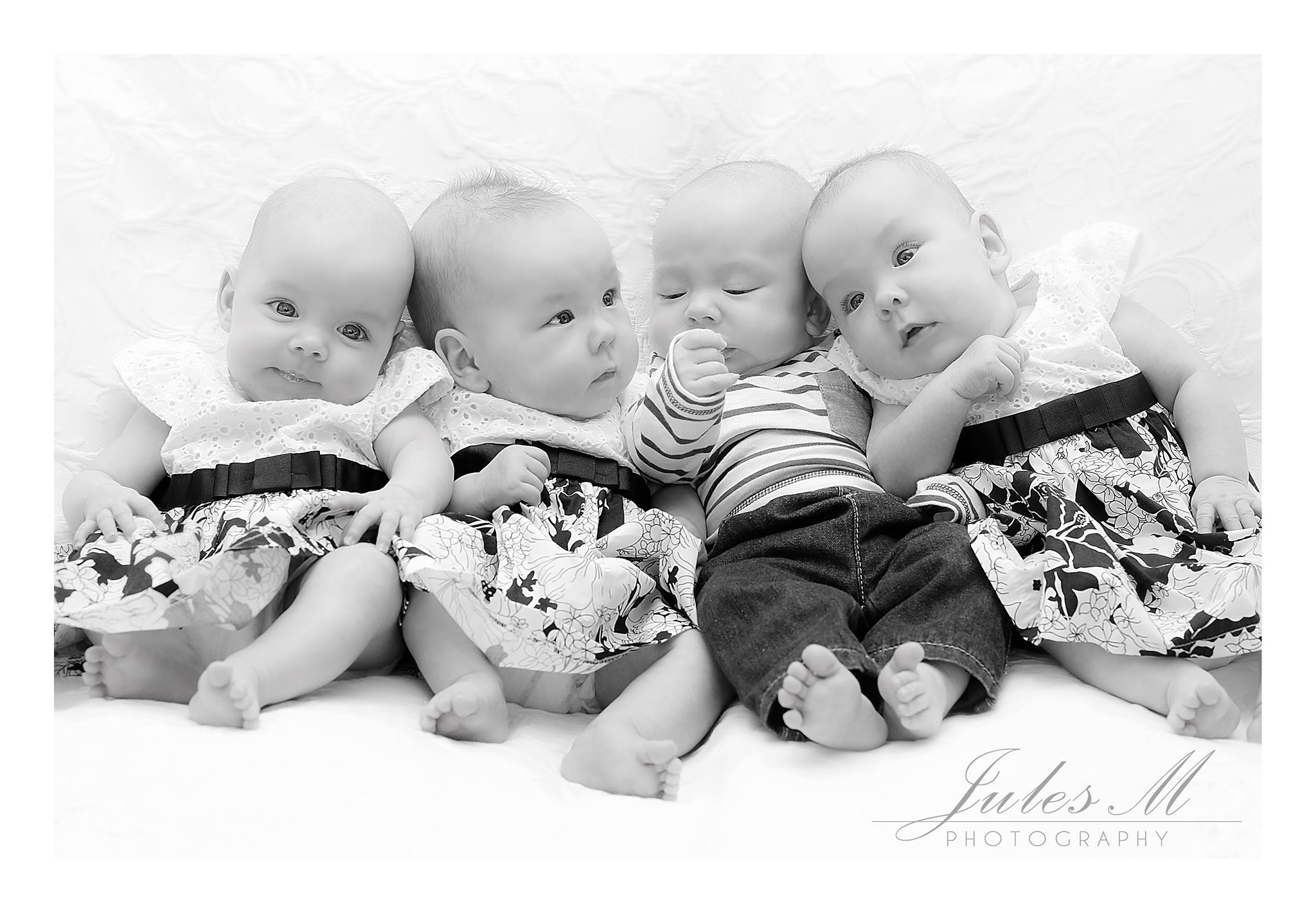 Irish mom Grace Slattery is thrilled to have four beautiful children — but if doctors had their way, she would only have two children with her today. Slattery and her husband, James, had long struggled with infertility, and had suffered multiple miscarriages. Then, they were given a miracle: the couple had naturally conceived quadruplets, which is extremely rare. The odds of conceiving quadruplets naturally is 1 in 700,000, and the Slatterys were thrilled.

“When I fell pregnant naturally with quadruplets I couldn’t believe it as we had struggled for three years and I’d suffered four miscarriages,” Grace said. “We couldn’t afford IVF and when tests showed nothing was wrong I was baffled as to why we couldn’t have children.” But their happiness soon turned to sadness, when doctors told Grace to have an abortion. She was 17 weeks along, and they wanted her to undergo a “selective reduction” to kill two of her preborn children. But the parents refused. “[D]espite being offered to abort two of them before they were even born as they were classed as high risk, we decided to let fate decide,” she said.

The children selected for death would likely have been given a fatal shot of potassium chloride into their hearts, and then be left while their surviving siblings would continue to grow and develop. But at 17 weeks, preborn children targeted for abortion are typically subjected to a dilation and evacuation (D&E) abortion, a violent procedure in which the preborn child is literally ripped apart limb by limb.

Instead, Grace carried the four babies to 32 weeks, and all four — Lucas, Amelia, Lily-Grace, and Mollie — were born safely, weighing between two and four pounds each. Now, all four children are healthy and thriving, even Amelia, who was born with her organs in the wrong place. And they’re all starting preschool together, complete with matching uniforms.

“They are definitely little miracles and we still can’t believe we got four babies all at once,” Grace said. “All of them love school and as they wear a uniform now it makes it a lot easier as trying to think of four outfits for them every day takes a long time. They are going to be in the same classes at school and they are inseparable when together.”

There are also no regrets about keeping all four of her children, even though doctors recommended against it. “I couldn’t be more proud of the quadruplets and seeing them in their school uniforms is amazing,” she said. “Life is hectic with quadruplets but we wouldn’t change it for the world even though it had made us realise that our family is now complete.” And though she’s excited for them to start school, she admitted that it’s a bittersweet notion. “I will miss them when they go back to school but it will be nice to get some peace and quiet after the summer,” she said. “The school run will be fun as it’s almost impossible to keep my eye on all four but the quadruplets love making new friends so I know they’ll love it.”

The Slatterys are not the only family with quadruplets who were pressured to have an abortion. The Robbins family in Bristol, England, likewise were told to abort after becoming pregnant with quads. “Each time I went to the hospital it was all about the risks and asking me to consider aborting the twins to save the other two babies,” Mrs. Robbins said. “But I knew that each time I looked at my surviving babies I’d also be thinking about the ones I’d lost. The thought of it broke my heart.” Doctors told her over and over again to abort, but she steadfastly refused, and she gave birth to all four of her boys, now five years old.

READ: Mother refuses abortion for one of her triplets: ‘He was in me and he was safe’

Shontae Minor and Khristian Rohena were also pressured to abort after finding out they were carrying quadruplets after being told that Rohena would never be able to father children. But Minor refused, saying, “God gave me these kids for a reason, so I’m not going to abort.”

Pregnancies with multiples do come with increased risks, but advances in medicine prove that these babies are capable of being safely carried until birth, and of living healthy lives. Nevertheless, doctors continue to pressure mothers to undergo selective reduction. But the right to life is the most basic and important of all human rights, and every life is valuable, even if that life is inconvenient, fragile, or short.