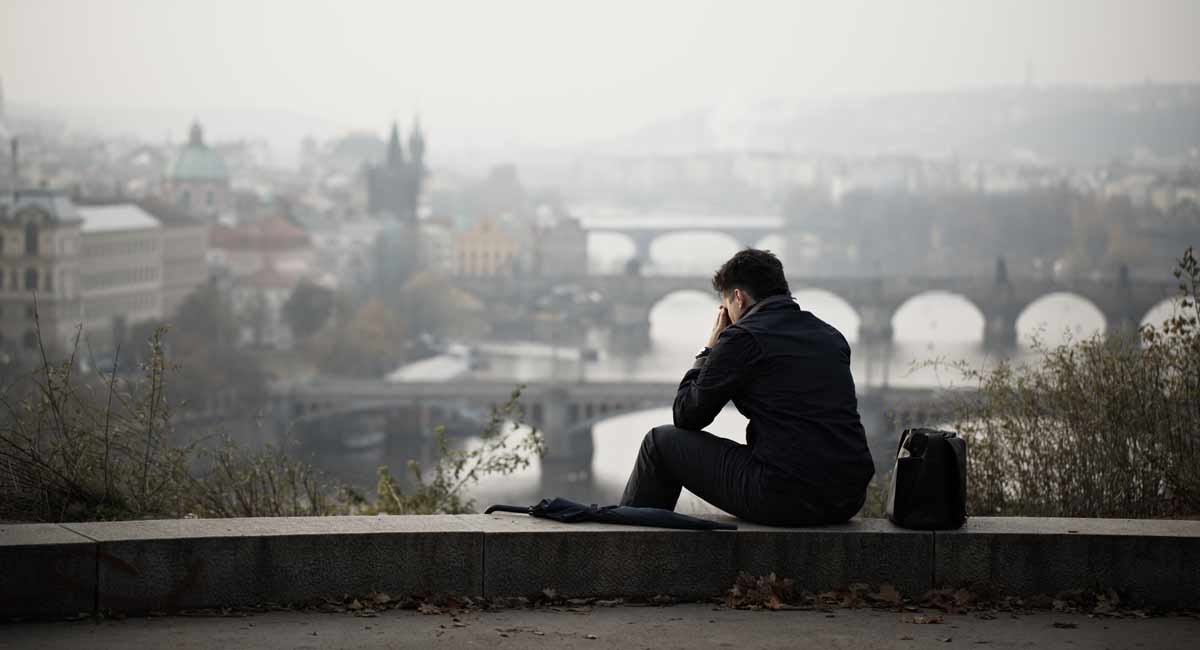 Much of the time, when one thinks of abortion regret, it is usually the post-abortive woman that comes to mind. But many men also struggle with regret from playing either passive or active roles in the abortions of their children.

In her book, “Killing Sarah Grace,” Stacy Sistrunk wrote that before her abortion, her ex-boyfriend came to her house and begged her not to abort:

I was totally deaf to his plea. For a brief moment, I remember feeling for him as he was obviously in pain over this. How ironic that this young man, although not very much to the world and with little to offer anyone, was begging for his child….

I told him I would consider all he had said and he left in no better state than in which he came. I did not speak to him again before the procedure.1

Many years later, Sistrunk came to regret her abortion. She wrote a letter to her baby’s father:

I had to ask my child’s father to forgive me for aborting our child. It was maybe the most difficult letter I had ever written.…

I do not remember the exact contents, but I know I was sincere, and I remember sobbing as I wrote. It was a bit challenging to find an address for him and so I contacted his sister.… She agreed to deliver it to him. I still have no idea if he ever received it. I never heard from him.…

[Years later] it was… sad to hear that his life had been a mess full of time in jail, drugs, etc. I started to feel somewhat responsible, but God reminded me that I had given it all to him. I silently prayed for him one night and I let it go.2

While we don’t know if regret over the abortion contributed to the man’s drug abuse, it is clear he had serious problems in his life after the abortion.

Sistrunk’s ex-boyfriend is not alone. Sadly, there are many similar testimonies. Here is one by a man named Randy:

I was just devastated. I remember falling off my bed… and I couldn’t get up. I thought I’d lost my mind. At that point, I was totally destroyed.… My baby was sentenced to be killed for no purpose and it made no sense to me.

You have to understand… I know that I’m a father. And I know you’re going to take my child (whom I love, want, and would die for), tear it to pieces and throw it in the garbage.

When Marianne terminated the life inside her, she severed the umbilical cord of our relationship, casting me into the farthest recesses of her mind. This fact is what did, and still does, hurt the most. She will never understand… my point of view. I want my son and love his mother. Abortion makes sense of death. It sucks life.3

Sociology professor Arthur Shostak conducted an extensive study on the reactions of men after abortion. Shostak was pro-choice. In one of his interviews he used the term “fetus” to describe the aborted baby. Shostak wrote: “The man’s eyes filled up with tears. He said to me, it’s not a fetus we’re talking about. It’s my son. He would be 3 years old now.”3

In a 2008 interview, Shostak said that “90% of men consider the day of an abortion to be one of the most stressful of their lives.”

He claimed that 4–5% of men suffer “serious emotional problems” as a result of abortion. He calculated the number as 30,000 men a year.

Planned Parenthood responded to men’s abortion trauma in Time magazine. Then Vice President of Medical Affairs at Planned Parenthood, Louise Taylor, callously said, “But it doesn’t matter how much men scream and holler that they are being left out [of the abortion decision] There are some things that they are never going to be able to experience fully. I say, tough luck.”