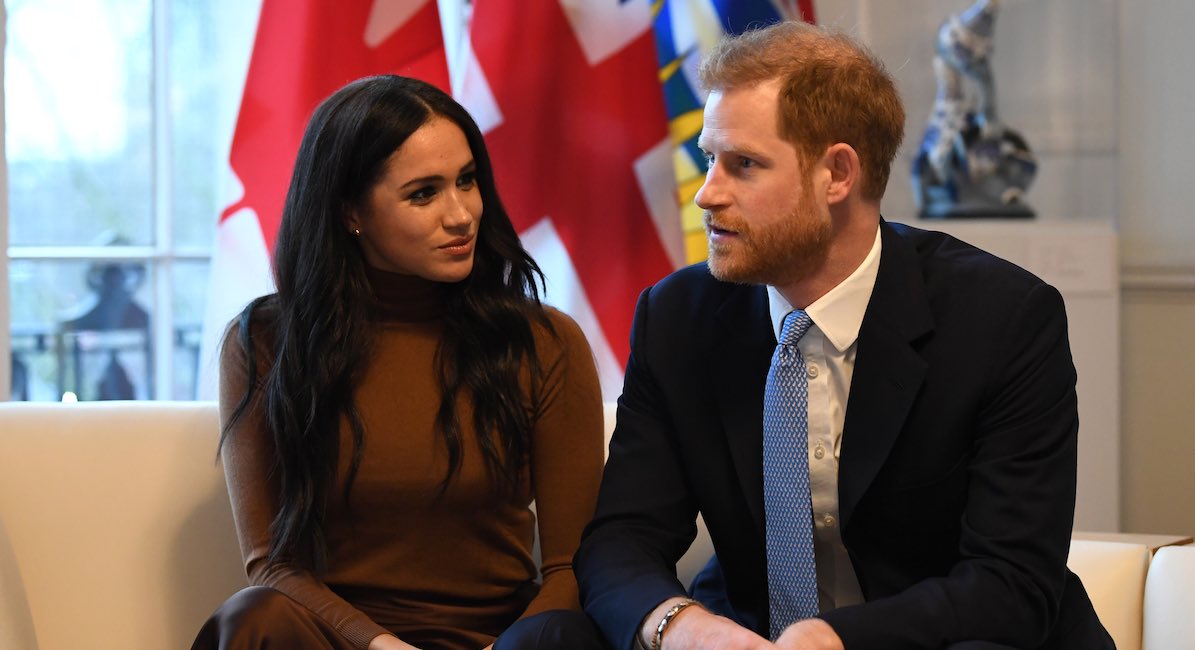 In an opinion piece for the New York Times, Meghan Markle, Duchess of Sussex and wife to Prince Harry, announced that she experienced a devastating miscarriage this past July. Markle does not specify how far along she was with their second child, the younger brother or sister of Archie, who was born in May of 2019.

Markle described the day she miscarried one that “began as ordinarily as any other day: Make breakfast. Feed the dogs. Take vitamins. Find that missing sock. Pick up the rogue crayon that rolled under the table. Throw my hair in a ponytail before getting my son from his crib.” Yet tragedy struck only moments later, as Markle said she felt a “sharp cramp” after changing Archie’s diaper. Her immediate response was to drop “to the floor with him in my arms, humming a lullaby to keep us both calm, the cheerful tune a stark contrast to my sense that something was not right.”

Poignantly, she shared, “I knew, as I clutched my firstborn child, that I was losing my second.”

“Hours later,” she wrote, “I lay in a hospital bed, holding my husband’s hand. I felt the clamminess of his palm and kissed his knuckles, wet from both our tears. Staring at the cold white walls, my eyes glazed over. I tried to imagine how we’d heal.” Her first step toward healing came in pondering her own loss and receiving the love of her husband, while realizing that he was hurting, too. “Sitting in a hospital bed, watching my husband’s heart break as he tried to hold the shattered pieces of mine, I realized that the only way to begin to heal is to first ask, ‘Are you OK?'”

Markle noted how common miscarriage is, yet no one seems to speak about it. “Losing a child means carrying an almost unbearable grief, experienced by many but talked about by few. In the pain of our loss, my husband and I discovered that in a room of 100 women, 10 to 20 of them will have suffered from miscarriage. Yet despite the staggering commonality of this pain, the conversation remains taboo, riddled with (unwarranted) shame, and perpetuating a cycle of solitary mourning.”

She spoke about the good that comes from each person checking in on those around them, being willing to enter into their pain even as they are experiencing it and without trying to immediately fix it. “We have learned that when people ask how any of us are doing, and when they really listen to the answer, with an open heart and mind, the load of grief often becomes lighter — for all of us. In being invited to share our pain, together we take the first steps toward healing.”

The fact that 10-25% of all pregnancies end in miscarriage is staggering. As Markle inferred in the article, slowly the conversation is shifting to encourage women to speak openly about this kind of loss and the grief that accompanies it. New workplace policies like paid child bereavement leave are one positive result of having these public, painful conversations about miscarriage.

Markle’s story reminds us that every child in the womb is a unique human person. Women do not earn the “right” to grieve at any particular stage of fetal development, and there is no such thing as “not a baby yet” for early first trimester losses. From the moment of fertilization, a woman carries a child with his or her own unique DNA, distinct from both mother and father. Grief is an appropriate response to a miscarriage at any time, because a family member was lost. Baby’s first kick, the fetal anatomy scan at 20 weeks, the birthing process, baby’s first smile, first laugh, first words, first teeth, first steps —all of these and more are losses, and they should be grieved as such.

Meghan Markle’s story is the story of countless women. Their pain is real, and acknowledging that pain opens up a pathway for healing.