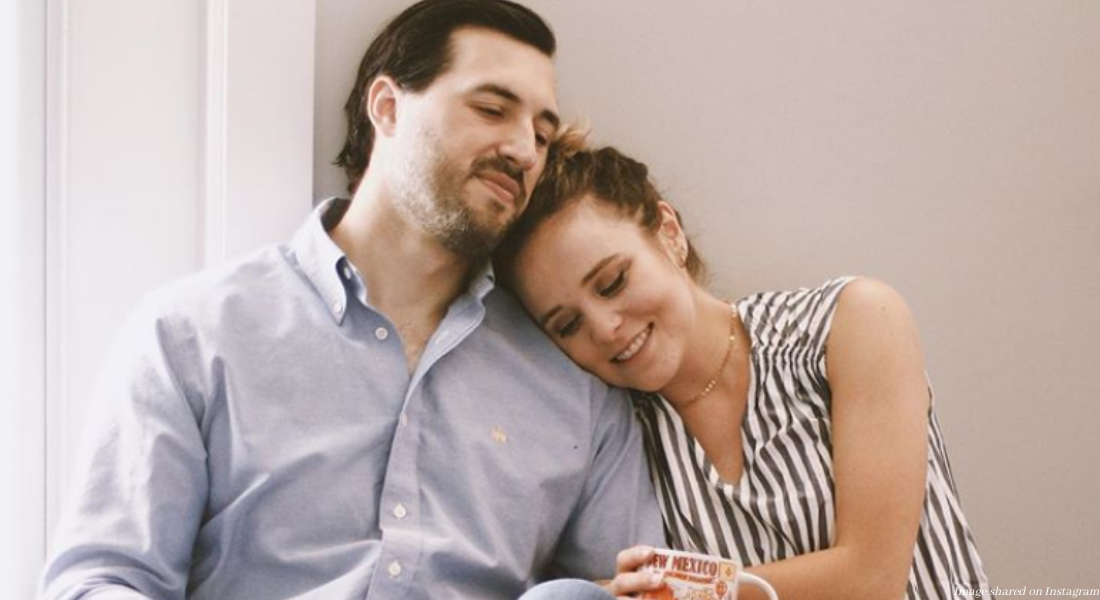 Jinger Duggar Vuolo, one of the daughters in the well-known Duggar family, recently opened up about a miscarriage she suffered last year, and how it affected her and her husband, Jeremy Vuolo. The couple and their daughter, Felicity, currently appear on TLC’s “Counting On” with several other Duggar siblings, and an episode this week delved into the family’s heartbreaking loss.

Last fall, the Vuolos announced their pregnancy, surprising the Duggars through a video-chat with a gingerbread house featuring a pregnant woman outside. But that very night, things took a turn for the worse.

“That night, I started having some concerning signs,” she explained for viewers. During the middle of the night, I started waking up and having more and more spotting, and it was not normal, I knew.” After calling her mom for support in the morning, Jinger said she decided to see a doctor, optimistic because of her mother’s experience. “She had had that happen before with a pregnancy and she was able to keep the baby,” she said.

Unfortunately, the Vuolos’ baby did not survive.

“We went in, and they tried to check for a heartbeat, and they couldn’t find a heartbeat,” Jinger said as her voice shook and she started to cry. “And we did an ultrasound and they said we had lost the baby.”

While the miscarriage was traumatic for Jinger, Jeremy said it was an emotional loss for him as well, especially as he had to keep himself strong for his wife. “It was very difficult for us,” he said. “Just the timing of it, it was sudden. And we had just announced to our family, and it hit us hard.” He added that it was much harder for her than it was for him. “She was carrying that life within her and she was sustaining that life physically,” he explained. “So, as difficult as it was for me, I was just thinking, it’s gotta be that much more difficult for Jinger. And so, I cried and sat with her, but I just wanted to be a comfort to her.”

READ: After a miscarriage, Rachel realized what her two previous abortions had done: ‘I was traumatized’

Since the miscarriage, Jinger said she’s begun to heal, but the loss is still difficult for both of them. “Some days, I think it’s more emotionally hard than others, but God has really given me help and grace through this time,” she said. “Jer has been so sweet through all of this. He has definitely taken a lot of responsibility, just taking Felicity for me so I can relax and rest and recover from the miscarriage. And also just being there to read with me, pray with me, just talking and listening, and that’s been so helpful.”

The Vuolos are now expecting another baby in December, a little girl. But the new life they’re looking forward to has also brought bittersweet feelings to the surface for her. “I’m excited! Yet, the overwhelming feelings of joy and anticipation that I’m feeling today are a sharp reminder of the overwhelming feelings of sadness and loss I felt last November,” she wrote on Instagram, adding of her miscarriage, “Having just lost my grandmother months before, the news of new life was like spring lilies blossoming after a dark, cold winter. And in a moment, that life was gone.”