In today’s political climate, it can be highly unpopular for a government official to take a stand for the most basic of human rights: life. When a politician does have the courage to boldly and consistently stand for life, it’s worth taking notice. Thankfully, there are many such men and women; let’s take a moment to meet five of them. 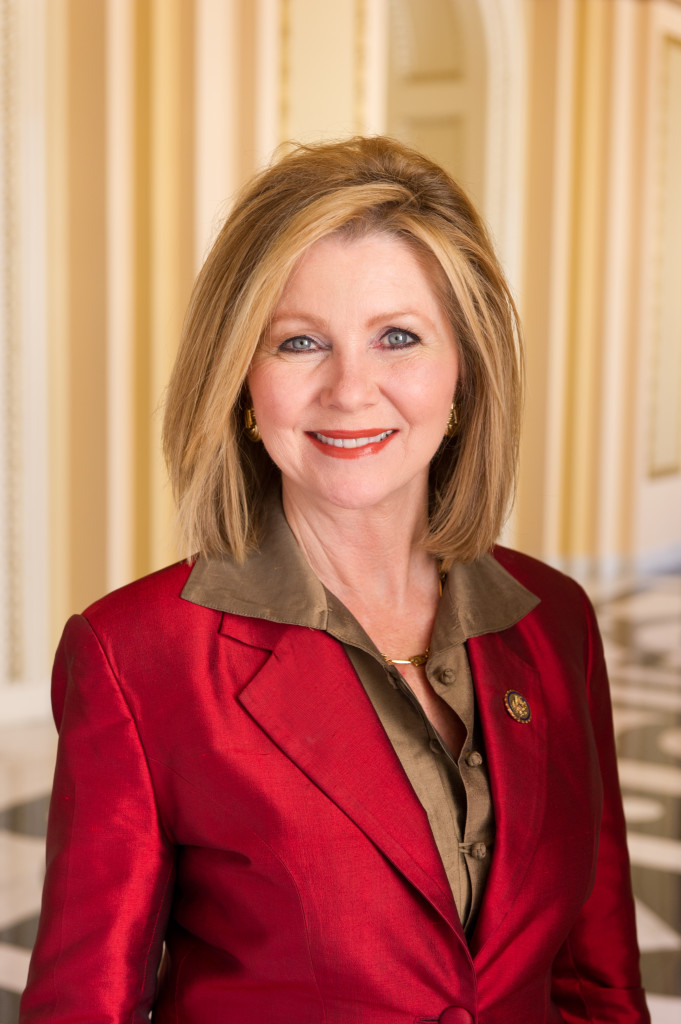 Short bio: First elected to the US House of Representatives in 2002, Blackburn represents the 7th congressional district of Tennessee. In each of her elections since 2002, Blackburn has won by a significant margin, with the closest one being the 2006 election. That year Blackburn won 66% of the vote, with her main opponent receiving 32%.

On human rights: A known champion of the pro-life movement, Blackburn’s fight for the cause of the preborn person has included co-sponsoring an act to prohibit the targeting of babies for abortion on the basis of gender or race, chairing a panel to investigate the facts behind the fetal parts industry and the late-term abortion industry, and extensive work to prevent government funding of abortions. Blackburn has held a 0% rating from NARAL, and a 100% rating from National Right to Life.

Blackburn’s passion for human rights extends to all people, not just the preborn. Recently, Blackburn co-sponsored H.R. 1865, the Allow States and Victims to Fight Online Sex Trafficking Act of 2017. “Sex trafficking, the exploitation of human beings, has no place in our society,” she explains. “We must work each day to curtail this crime, provide justice for victims, and hold accountable those who facilitate it.”

Fun facts: Blackburn is a former door-to-door saleswoman, as well as a former beauty pageant winner. Her husband, Chuck, is an avid fan of bowties, as evidenced by his founding of the International Bowtie Society. 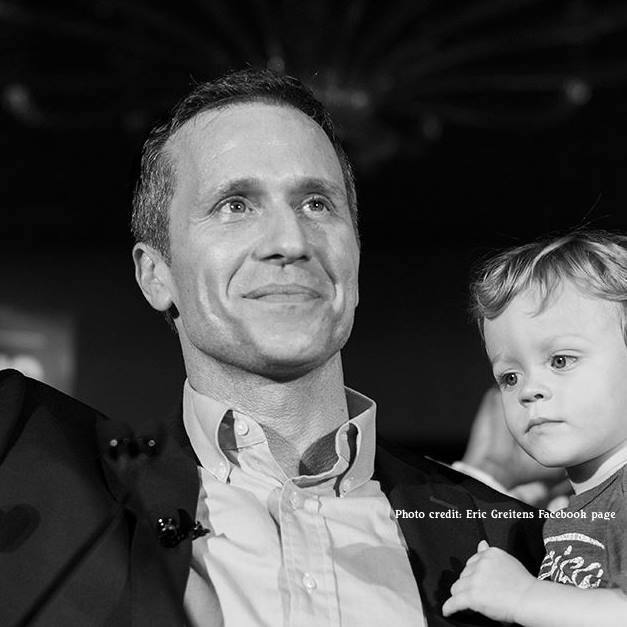 Short bio: A decorated former Navy SEAL and lauded author, Missouri Governor Eric Greitens is currently the second youngest governor in the nation. During his time in the military, Greitens commanded a group targeting Al-Qaeda and received a Bronze Star, a Purple Heart, and other awards. First sworn in this January, Greitens has already made several notable moves in support of human rights.

In a statement, Greitens celebrated the legislation: “Today is a great victory for pregnancy care centers that help women and children all over the state. I’m proud that many of Missouri’s lawmakers stood strong to protect the lives of the innocent unborn and women’s health.”

Fun facts: In 2007, Greitens founded The Mission Continues, a non-profit serving veterans. He holds a doctorate, is a former Democrat, and has written New York Times bestsellers. 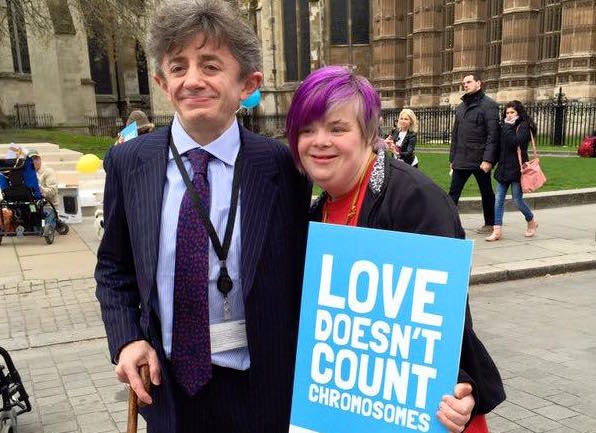 Short bio: Kevin Shinkwin is a member of the British House of Lords, and a commissioner of the Equality and Human Rights Commission. He has brittle bone disease, a condition which often results in fractures or breaks from minor trauma or with no apparent cause, and has endured multiple fractures and operations.

On human rights: As a person with a disability, Shinkwin has fought hard to protect the rights of the disabled, including the right to not be targeted for abortion. In 2016, he proposed a bill to alter British law, which allows for abortion of a baby with a disability until birth. He explained, “disability carries a death sentence…. Discrimination on the grounds of disability after birth is outlawed. Yet today legal and lethal discrimination on the grounds of disability is allowed up to birth by law.”

Shinkwin further argued, “I can see from the trends in abortion on grounds of disability that the writing is on the wall for people like me. People with congenital disabilities are facing extinction. If we were animals, perhaps we might qualify for protection as an endangered species. But we are only human beings with disabilities, so we don’t qualify.”

Fun facts: Shinkwin is a former Director of Public Affairs and Campaigns for the Wine and Spirit Trade Association, a position which he resigned upon entering the House of Lords.

READ: Rep. Trent Franks tells Congress: Abortion is the ‘worst human rights atrocity in the history of the U.S.’

Short bio: Bill Patmon represents Ohio’s Tenth District in the Ohio House of Representatives, sitting on the Ways and Means Committee, the House Transportation, Public Safety, and Homeland Security Committee, and the State and Local Government Committee. Following a loss in the 2009 election, in which Patmon ran for mayor of Cleveland, he first won his current seat in 2010. Prior to that, he was a longtime member of the Cleveland City Council.

On human rights: Patmon, who has been described as “a good friend of Ohio Right to Life,” has been outspoken in calling attention to Planned Parenthood’s targeting of African Americans and other minorities for abortion. In 2015, he introduced a bill to prevent state funding of the abortion business. Arguing that the abortion industry has long targeted minorities, he explained, “Five thousand, four hundred and ninety-nine abortions are in Cuyahoga County, which I happen to represent. And 63 percent of them are black women, 63 percent of them are of a certain hue in their skin.” Patmon believes that all human beings deserve the right to life regardless of stage of development or skin color. “They are Americans,” he said. “And they are human beings.”

While there are quite a few state congressmen and congresswomen who have taken similar stands, one thing that makes Patmon unique is that he is a Democrat. He has demonstrated courage to take such a bold stand against the abortion industry, despite pressure from his own party, and serves as a reminder that abortion really is, or at least really should be, a non-partisan issue.

Fun facts: In 2016, Patmon introduced a bill to designate June 1 as “Superman Day,” “to recognize the Ohio birthplace of one of the creators of the superhero who stood for ‘truth, justice, and the American way.'” 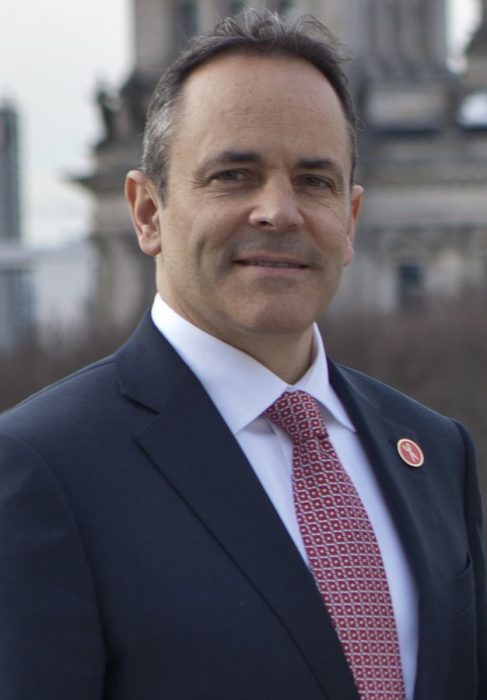 Short bio: In 2015, Matt Bevin was elected as governor of Kentucky, following an unsuccessful 2014 bid to unseat fellow Republican Mitch McConnell in the U.S. Senate. Bevin is a former Army captain and a businessman.

On human rights: Bevin is a strong supporter of the right to life, and has taken significant action in support of life during his time in office. In 2016, Bevin’s Cabinet for Health and Family Services filed suit against Planned Parenthood of Indiana and Kentucky for operating an unlicensed abortion facility, committing 23 abortions, and endangering women’s health during that time. The governor’s office explained: “Despite the fact that Planned Parenthood did not have an abortion facility license, and the glaringly obvious fact that it did not have transfer agreements in place, Planned Parenthood knowingly and callously endangered the lives of its patients and began performing abortions at its facility…”

Upon signing a pro-life bill ensuring informed consent prior to abortions, Bevin said, “We must continue to be vigilant in our efforts to protect the rights of the unborn child. I’m honored to sign this important pro-life legislation…. Today marks a great victory for Kentucky values.” In January of 2017, Bevin quickly signed into law a ban on abortion after 20 weeks.

Fun facts: Bevin grew up in a rural community and was active in 4-H and the county’s Dairy Club. His first known business venture was selling seeds to neighbors at age 6. Bevin speaks Japanese and plays the piano.