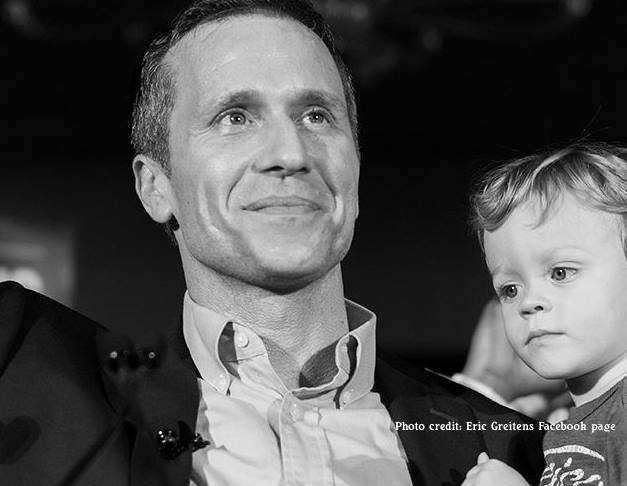 Missouri’s pro-life governor, Eric Greitens, signed SB5 into law Wednesday. SB5 modifies current abortion law in Missouri and enacts new pro-life regulations, making Missouri a safer place both for women and for babies in the womb. The Senate voted 22-9 in favor of SB5.

Gov. Greitens issued a statement on the victory, saying:

Today is a great victory for pregnancy care centers that help women and children all over the state. I’m proud that many of Missouri’s lawmakers stood strong to protect the lives of the innocent unborn and women’s health.

These new protections for women and babies were passed in a special legislative session Gov. Greitens called this summer. The St. Louis Post-Dispatch reports that the law:

…requires that doctors explain the risks of abortion to women 72 hours before an abortion is performed. And, the new law calls for annual inspections of clinics, adds new whistleblower protections from employees of clinics and boosts requirements for pathologists who provide services to abortion facilities.

“The bill is focused on protecting the health and safety of women across Missouri,” said Sen. Andrew Koenig, R-Manchester, who sponsored the legislation.

The measure comes as Planned Parenthood has filed plans with state health regulators to open at least three new clinics in Columbia, Springfield and Joplin. Currently, St. Louis is the lone facility in Missouri where abortions are performed.

The report lists several examples of the abortion chain listing their own emergency number rather than 911 should an urgent situation arise:

All of this indicates that Planned Parenthood is far more worried about the reputation, business model and public relations efforts than they are about the women in their care. It is difficult to conceive of any other organization, let alone an organization that holds itself out as providing women’s health services, being so recklessly indifferent to the health of their patients as to put such directives as those listed above in print for the use of their employees.

The St. Louis Planned Parenthood alone sent its 65th patient to the hospital this year. Now, SB5 gives the attorney general, Josh Hawley, the authority to prosecute violations of abortion law. As U.S. News reports, “Supportive Republican lawmakers have said they want to give the attorney general new authority out of concern that a local prosecutor, particularly in a Democratic-leaning city, might not pursue potential abortion-law violations.”

Additionally, SB5 provides protections for people who report violations of safety standards in abortion facilities. Among other things, SB5 also:

While women’s lives may not be in as grave of danger at Missouri abortion facilities and while some women will likely reconsider an abortion decision in the 72-hour waiting period, children are still losing their lives every day. The St. Louis Planned Parenthood commits medication abortions, aspiration (D&C abortions), and D&E abortions every day of the week except Sunday. Abortions are committed up to 21 weeks, 6 days. Science has documented that babies can conclusively feel pain no later than 20 weeks, and some studies indicate pain is felt by the prenatal child as early as 5.5 weeks.

A summary of SB5 can be accessed here. The law will go into effect 90 days after passage.