A North Carolina news station recently caught staffers from a Planned Parenthood PAC organization misrepresenting what they do. The way they got to the truth? Using a hidden camera.

The story, previously covered by Live Action News, originated from WBTV, a local North Carolina TV station, after receiving a tip that a political group affiliated with Planned Parenthood was posing as an anti-toll group to recruit campaign workers. Their report stated that one of their producers “visited the Community Outreach Group office with a hidden camera…” and found an office worker who “told our producer the group wasn’t affiliated with any anti-toll group and, instead, was a part of Planned Parenthood.”

Hmm… use of hidden cameras to expose the deception of Planned Parenthood… where have I seen this before?

Oh, right. I saw it a year ago, when the Center for Medical Progress, posing as a biomedical research company, exposed Planned Parenthood’s alleged sale of aborted baby body parts. Several states opened investigations into Planned Parenthood and several defunded (or attempted to defund) the organization after these revelations. Even Congress voted to defund and funnel money instead to Federally Qualified Health Centers, which outnumber Planned Parenthood centers 20 to 1. President Obama, who had previously asked God to “bless” Planned Parenthood, vetoed the legislation. And thanks to CMP’s undercover work, the Select Investigative Panel on Infant Lives is still currently investigating the illegal trafficking of fetal tissue in the United States.

In the case of the Center for Medical Progress, much of the mainstream media immediately tried to discredit the organization for using hidden cameras to expose Planned Parenthood’s deception.

What are the basic similarities between the North Carolina TV news report and the CMP investigation?

• Planned Parenthood staffers were caught engaging in (at minimum) deceptive activities.
• It took a hidden camera investigation to expose the deception. 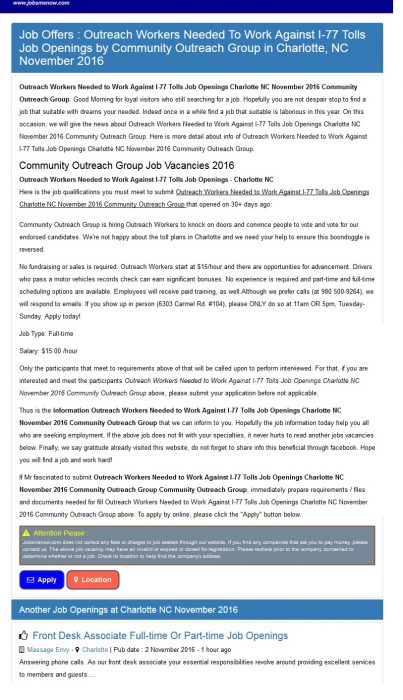 Community Outreach Group, LLC., (COG) is a direct part of Planned Parenthood, and is mentioned in their most recent annual report. The group’s LinkedIn Page states:

So, why the deception? And is this going on across the nation to recruit “campaigners” to stump for left-wing causes like abortion?

COG has published numerous advertisements for full and part-time positions on Craigslist and other sites where they were upfront about being associated with Planned Parenthood’s political arm. But it was an advertisement that wasn’t so upfront that caught the attention of the North Carolina News station (pictured right).

Let’s pause here for a moment and imagine if this were a pro-life organization — for example, The Center for Medical Progress, and they were functioning under “false pretenses.” What would be the response of the media then?

Actually, we can know what their response would be, because when it was learned that CMP’s investigators used pseudonyms and a different company name to gain access to Planned Parenthood and other organizations during the course of their multi-year undercover investigation, Planned Parenthood’s friends in the media condemned their actions. The difference? The whole purpose of CMP’s undercover investigation was not to deceive the public, but to expose illegal activity.

The opposite is true here. Community Outreach Group downplayed to such an extent their affiliation with Planned Parenthood that they pretended to be an “anti-toll” group.

And, like magic, being deceptive about one’s affiliations is suddenly no longer newsworthy! 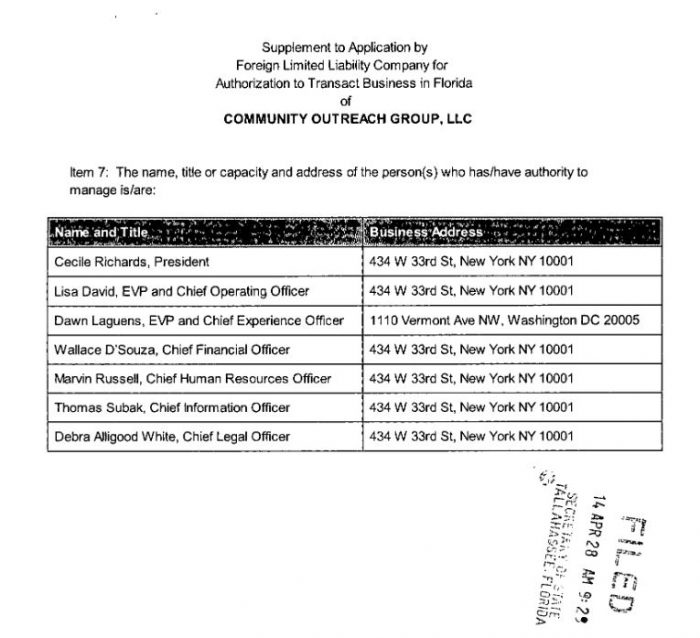 Planned Parenthood receives half a billion dollars annually from the taxpayer, which can be used in part to continue the day to day operation of their abortion centers. In addition, Planned Parenthood’s PAC overwhelmingly gives their money and campaigning support to candidates who continue funding to the abortion giant.

It seems that whenever Planned Parenthood or an affiliated organization is caught red-handed in deceptive practices (and even deceptive claims), many in the national, mainstream media turn a blind eye. One of the organization’s most popular and oft-repeated deceptive claims is that abortion is only three percent of their services. Here’s why that isn’t true:

In addition, even though investigative journalists use undercover cameras to expose wrongdoing (as seen in the WBTV example), whenever pro-life groups expose Planned Parenthood the same way, accusations of “deceptive editing” and “faked” videos become media talking points (even when two forensic analyses prove the videos to be authentic). In CMP’s case, Planned Parenthood’s surrogates in the California legislature went even further by passing a draconian law which will now penalize recording interactions at Planned Parenthood or abortion facilities in California.