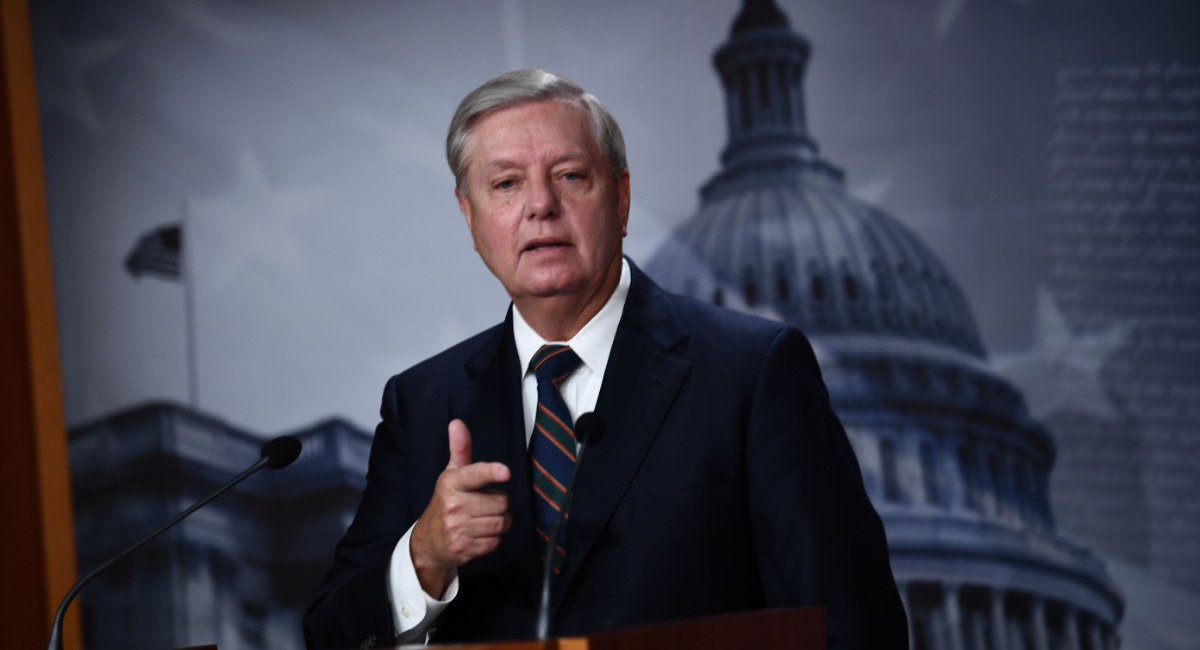 Senator Lindsey Graham of South Carolina has introduced a bill that would protect preborn children from abortion after 15 weeks – something polls have shown time and time again that most Americans want, and which would bring federal abortion law in line with most Western democracies.

“Abortion is a contentious issue,” Graham said in a news conference announcing the proposal, according to the Washington Post. “Abortion is not banned in America. It is left up to elected officials in America to define the issue … States have the ability to do [so] at the state level and we have the ability in Washington to speak on this issue if we choose. I have chosen to speak.”

Graham’s bill, the Protecting Pain-Capable Unborn Children from Late-Term Abortions Act, would prevent abortions from being done on preborn babies beginning at 15 weeks of gestation. This is partly because, as stated in the bill, “there is substantial medical evidence that an unborn child is capable of experiencing pain at least by 15 weeks gestational age, if not earlier,” and because in late-term abortions, “risks to the pregnant woman […] increase with gestational age.”

Fetal development and the ability to feel pain

Abortion at 15 weeks – almost four months of pregnancy – most commonly involves a D&E procedure more commonly known as a dismemberment abortion. In this grisly, typically multi-day procedure, the woman’s cervix is dilated, and then – after a suction machine removes amniotic fluid from the womb – the abortionist tears the arms and legs from the preborn baby with a Sopher clamp. After removing the baby’s limbs one-by-one, the abortionist then uses the clamp to tear apart the baby’s torso, removing the spine and torso before ultimately grasping and crushing her skull.

Sen. Graham’s proposal would limit abortion to the beginning of the second trimester, nearly four months into a preborn baby’s development. Strikingly, the bill’s text includes a long litany of medical facts about a preborn baby’s development in the womb, including: a preborn baby first moves and reacts to touch by 8 weeks; eyes begin to form at 5 weeks and finish forming 10 weeks; brain waves are detectable by 8 to 9 weeks; at 9 weeks, a baby’s diaphragm is developing and the baby can already hiccup; by 9 to 11 weeks, a baby’s teeth and external genitalia begin to form; by 10 weeks, all organ rudiments are formed and in place, digestive system and kidneys begin functioning, and a baby will start to show right-or-left-handed preferences; at 12 weeks, a preborn baby can open and close fingers, sense stimulation from the world outside the womb, and makes sucking motions.

The bill also lists the science of preborn babies sensing pain by pointing out that pain receptors begin to form by 7 weeks, and nerves linking them to the brain form between 12 and 20 weeks.

White House press secretary Karine Jean-Pierre repeated a common but misleading pro-abortion theme by casting the bill as “wildly out of step with what Americans believe,” according to the Washington Post. The reality is that Sen. Graham’s proposal aligns with the mainstream of Americans’ views on pro-life protections. As Live Action News has reported, a Fox News poll after the leak of the Dobbs decision showed that 54% of American voters would support a law restricting abortion to 15 weeks of pregnancy. Additionally, a Marist poll at the beginning of the year found that 71% of all Americans support restricting abortion to the first trimester (which is what Senator Graham’s bill would do).

Sen. Graham indicated his understanding that his proposal aligns with majority opinion on abortion restrictions:  “I think we should have a law at the federal level that would say, after 15 weeks, no abortion on demand except in cases of rape, incest or to save the life of the mother. And that should be where America is at.”

Internationally, a federal 15-week limitation on abortion would bring the United States into line with most major Western democracies, as nearly all European countries have laws that limit abortion to 15 weeks of pregnancy or less.

As Live Action News has reported, and according to a Charlotte Lozier Institute study, 47 of 50 European nations have laws restricting abortion to 15 weeks’ gestation. Contrary to media and pro-abortion narratives, current U.S. federal law makes the country an outlier on abortion policies and one of only six countries – including China and North Korea – that allow abortion at any time during pregnancy.

Although Senator Graham’s bill faces steep odds of passing the Senate, with The Hill reporting that Minority Leader Sen. McConnell did not throw his support behind the proposal, the initiative appears to be part of a broader strategy by some pro-life Congressmen. Pro-life Rep. Christopher H. Smith from New Jersey introduced a similar bill in the House, and according to the Washington Post, “Senior GOP aides in the House have indicated the bill would be a top priority for them if Republicans take back the majority.”

Marjorie Dannenfelser, president of Susan B. Anthony Pro-Life America and who was present at Sen. Graham’s press conference said that she expected the bill would be “universally accepted,” and that other senators could support the measure as well. “I think the place to begin is where Graham is beginning,” she said, according to the Washington Post. “Graham is the momentum and it will increase when he introduces [his bill].”

Women's rights can never be built on the broken rights of other people.

The proposal to limit abortion to 15 weeks of pregnancy is one step in the right direction in the struggle to protect all preborn human beings from the violence of abortion.